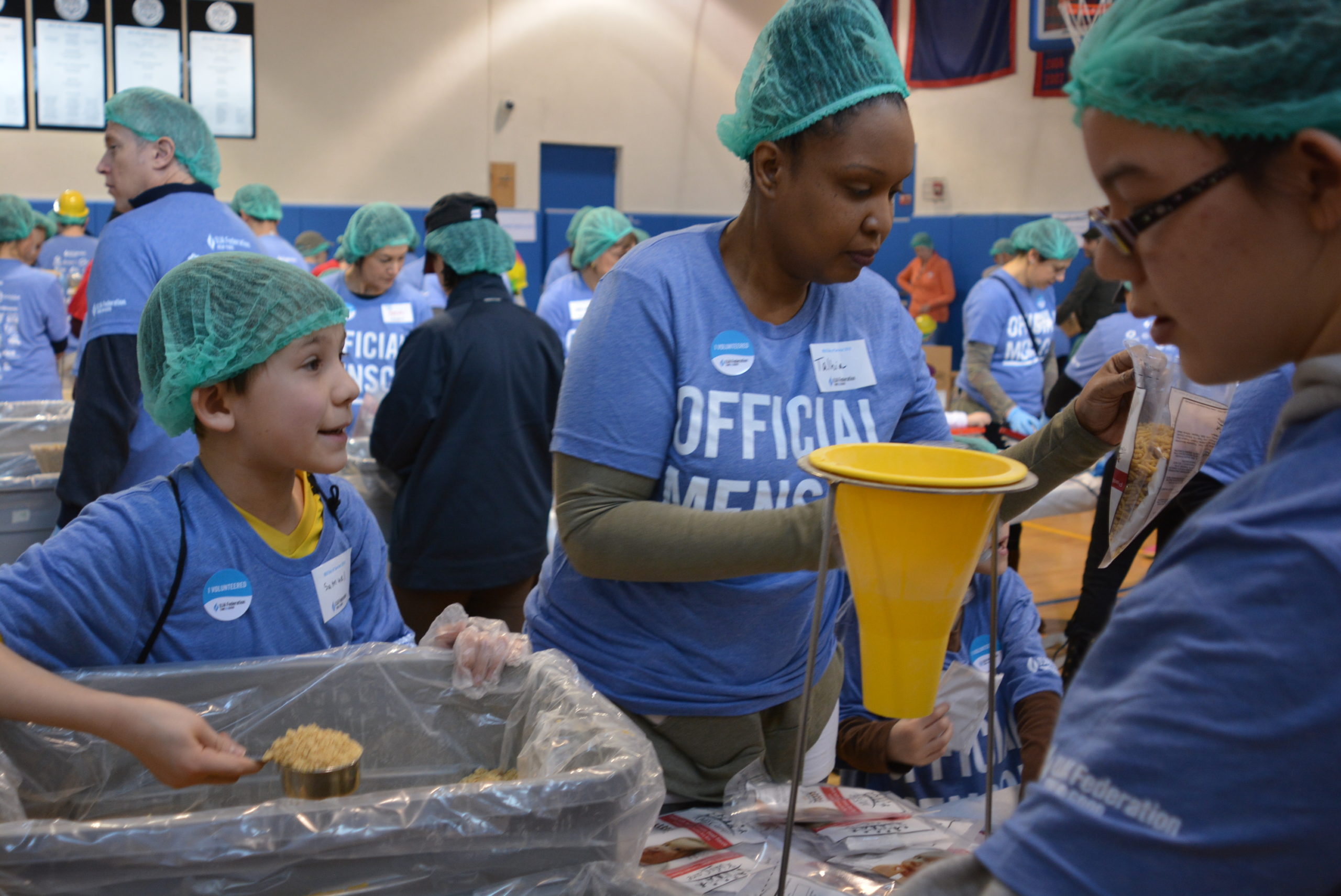 This was the second year that the Sid Jacobson Jewish Community Center hosted a food packaging event on Martin Luther King Day. (Photo by Teri West)

A cymbal rang throughout the gym, eliciting cheers that momentarily drowned out 2016’s record of the year bopping along in the background. The 150 or so hairnet-clad volunteers had packaged 15,000 meals in under two hours and were halfway to their goal for the day.

“We are ahead of schedule,” said Carol Robinson, the event’s coordinator from the Outreach Program, grinning as she strolled along a table of families positioned into an assembly line.

The community center engages people with special needs or disabling conditions and connects individuals to volunteer opportunities, Wasserman said. A service day is an extension of that, she said.

Roslyn Heights’ David Rosenthal and Rabbi Cara Weinstein Rosenthal were at the head of one of the eight tables, measuring and funneling oatmeal into plastic packages. Their children were just a little further down the assembly line.

They had specifically sought out an event they could bring their children to for the holiday to teach them the value of volunteering, Weinstein Rosenthal said.

“I think that Dr. King’s legacy is meant to be ongoing,” she said. “It’s supposed to be not just something for us to learn from about the past, but it’s supposed to be a charge for us for the present and the future to make the world a better place.”

Her 9-year-old daughter, Sara Rosenthal, said she was happy to be providing food to people, food that she likes too.

“Martin Luther King wanted to help people because things weren’t fair to them, and it’s not fair if people don’t have the things that they need to live,” she said.

The Outreach Program provides materials for organizations to package food at about 25 cents per meal. Participating groups can choose to have Outreach deliver the food across the country, or even abroad, or can distribute the food themselves within the local community.

The JCC packed tomato basil pasta and oatmeal, but Outreach also offers rice and beans, macaroni and cheese and soup.

This year’s batch of meals will go to people on Long Island, Wasserman said.

“These are 150 people from our immediate community who so much want to give back and help,” Wasserman said. “There are hunger issues and they want to physically be able to do something to help those in need.”

A trio of young artists was carefully decorating many of the sealed cardboard packages that housed stacks of meals.

Esther Bloom, 5, said she’d been drawing hearts on them, but also wrote “JCC I love you.”

It was her second year in a row spent at the Jewish community center on the holiday, she said. She has learned about King in school.

“The people were being mean, so he was being nice so that they could be nice,” Bloom said. “He was teaching them.” 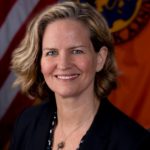