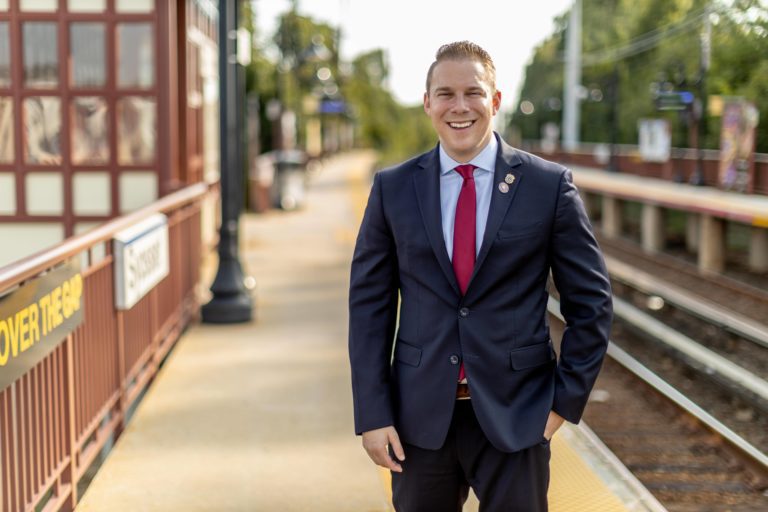 He is currently serving his second term, where he represents Nassau’s 18th Legislative District.

Josh graduated from the Harvard Graduate School of Education with a Master’s Degree in Education Policy and Management in May 2017, and from the Cornell University ILR School with a Bachelor’s Degree in Industrial and Labor Relations in May 2016. Josh is currently pursuing his Doctoral Degree from the University of Pennsylvania.

In May 2012, at the age of 18, Josh became one of the youngest elected officials in the history of New York State when he was elected to the Syosset School Board of Education. Josh was elected with 82% of the vote one month before he graduated from Syosset High School, and was re-elected by his constituents in 2015.

During his time on the school board, Josh successfully fought for an unprecedented increase in transparency and openness of all school district functions.

Josh’s dedication to community service began before he ran for the school board. In 2011, Josh became the founder and CEO of Safe Ride Syosset, a community outreach program dedicated to ensuring that no Syosset teenager gets behind the wheel of a car while intoxicated, or is the passenger in a car with a drunk driver.

Josh and his volunteers safely drove home over 350 students in 2012, and there was not a single teenage drinking and driving accident in Syosset on the nights Safe Ride was operating.

Josh is also a college professor, where he is the youngest faculty member at Long Island University. Josh’s courses teach young candidates how to run for public office in their communities, and young entrepreneurs on how to start a venture.

Three Most Important Issues in Our Campaign:

The safety of my constituents remains the most important responsibility I have as Legislator, and I’m proud to be endorsed by Nassau’s major law enforcement unions including the Nassau County PBA, SOA, COBA, the Old Brookville PBA, and the Muttontown PBA.

Those in uniform trust me to keep our communities safe, and my strong record on public safety in the Legislature underscores this trust. I’ve secured millions in public safety funding to keep our communities safe here in District 18, created Long Island’s first-ever “Blue-Alert” system to protect first responders, and has firmly rejected calls to “Defund the Police”.

Taking care of our veterans is of the utmost importance to me as both a Legislator, and an American. Here in Nassau we have thousands of veterans who are either homeless, soon to be homeless, or housing insecure. These heroes deserve the full support and urgency of our government, and that’s why in 2019 I wrote the “Dignity for our Heroes”Act to protect veterans from discrimination, and create a commission to build housing for our service members.

The quality of our roads directly impacts the quality of life for residents in our community. During my time in office, I have worked tirelessly to secure the repaving of hundreds of miles of Nassau County Roads in my first two terms.

From Berry Hill Road in Syosset, to Glen Cove Road in Roslyn, to Sagamore Hill Road in Oyster Bay, I am proud to have delivered on my promise to fight for and secure funding for our district in county-wide negotiations. I will continue to pressure the Town of Oyster Bay and Town of North Hempstead to fix residential streets.

Moreover, I have been able to accomplish this while also holding the line on property taxes. I have never raised your county property taxes as legislator, and am currently working to deliver a $70 million tax cut for our community.

Why I’m the Most Qualified Candidate

I was first elected to public office at age 18, when I was elected to the Syosset School Board as a senior in High School. I was elected at the age of 23 to the Nassau County Legislature, becoming the county’s youngest-ever Legislator.

For 10 years, I have proudly served our community, and I have a proven track record of delivering results. I’ve passed more bills than any other Legislator in Nassau County. I’ve secured millions of dollars in funding for our schools and first responders. I’ve delivered tens of thousands of pieces of Personal Protective Equipment to our health care heroes and essential workers. I’ve helped train thousands of people in CPR and Narcan through my office’s training seminars.

My government staff has closed a record number of constituent cases, and we continue to make ourselves accessible to meet with any resident who has an issue or wants to make their voice heard. Serving as your Legislator has been the greatest honor of my life, and I hope that you cast your vote on November 2nd to give me another term to serve you in office.