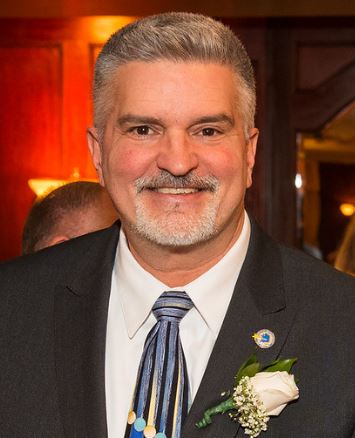 Originally from Franklin Square, Frank lived west of Philadelphia for 14 years after attending Villanova University, where he eventually became an electrician and started his own company, catering to commercial and large residential work.
Thirty-five years ago, Frank’s family built their first fitness facility, The Spa, located at Miami Beach’s Fontainebleau Hilton Hotel. During that time, they also operated the health club and golf course at the North Shore Towers in Lake Success.

In 1994, Frank moved back to Long Island when his family built the original North Shore Fitness located in Great Neck.
In 2001 Frank had an opportunity to get back into construction, becoming the supervisor for a large union carpentry company, doing the entire interior of a new residential building in Tribeca, just a few blocks north of the World Trade Center.

The experience of Sept 11 took a toll on all, so Frank chose to re-concentrate his efforts back on Long Island after the Tribeca project was completed in December of the same year. His family started the planning of East Meadow’s very own North Shore Fitness, which Frank of course built, opening in early 2003. They became a World Gym franchise from 2014 thru May of 2020, and then Evolve Fitness thru the end of 2021.

Another construction opportunity arose back in 2012 where, while running the gym full time he also was the field supervisor for Maxtec, a union rebar company.

The AHB project was the second largest single-contract construction project ever undertaken by state Department of Transportation. During this time Frank covered all these projects every day and ran the gym at night and on the weekends.

At its peak, Maxtec employed 110 union workers, which Frank was responsible for, operating across all the projects.
In East Meadow, Frank has been a member of the East Meadow Chamber of Commerce since 2002, and in 2015 started a two-year term as a board member.

Within a year was presented with the “Outstanding Board Member of the Year” award and was asked to serve as vice president the following year in 2016. Frank was president from 2017-2018, the only president at that time to have served two consecutive terms in 67 years, was chairman of the board for another two years, and remains a member of the board as a past president.

As for the East Meadow Kiwanis, he has been a member for over 17 years and has served on their board of directors. In 2019 he was honored to be the East Meadow Herald’s “Person of the Year”!

Outside of East Meadow, Frank is the Vice President of the Nassau Parks Conservancy, which promotes activities at and around Nassau County-owned parks.

The Conservancy is the organization that operates, among other things, the Long Island Marathon! Even though he has worked with them on many projects over the years, as of 2021, he is proud to be one of Vision Long Island’s newest board members.

As for the Nassau Council, he has been an active participant since he started as vice president of the East Meadow Chamber in 2016 and served on the Breakfast Committee since.

He started as a director on the board in November of 2018, ran the annual 2019 Presidents Roundtable in April, and by June of that same year became 1st vice president, and as of this November 2021 proudly serves as president.