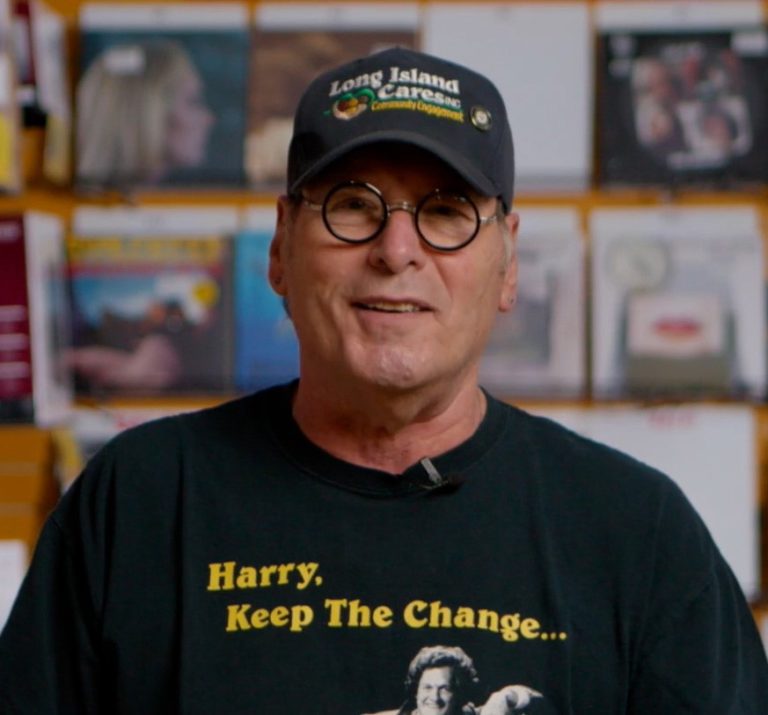 Founded by the late Harry Chapin, a Grammy Award-winning singer/songwriter and social activist, Long Island Cares brings together all available resources for the benefit of the hungry and food insecure on Long Island.

Since joining Long Island Cares in 2008, Pachter has increased the organization’s budget from $8.5 million to more than $21 million in 2022. The organizations’ workforce has been expanded from 35 staff members to 64 employees.

Long Island Cares’ footprint on Long Island has grown substantially from one location in Hauppauge in 2008 to eight locations in Freeport, Lindenhurst, Huntington Station, Hampton Bays, Bethpage and two sites in Hauppauge including their new Center for Community Engagement.

Music has always been a part of Long Island Cares’ history since being founded by a musician and world-renowned recording artist.

Pachter has seized that history by engaging such luminaries as Billy Joel, Bruce Springsteen, Judy Collins, Rascal Flatts, Dee Snyder, the Band Perry and many others to support the work of Long Island Cares.

The work of Long Island Cares has garnered the attention of numerous media outlets, as well as the respect of elected officials at all levels of government. Nancy Duzinas of the Rauch Foundation has described Long Island Cares as, “an historic organization.”

Pachter is on the faculty of St. Joseph’s College in Patchogue, New York, where he teaches a second-year graduate course, “Executive Leadership and Models of Innovation.” He is also the immediate past chair of Feeding New York State, the association representing 10 Feeding America food banks in the Empire State.

Pachter is a graduate of the Adelphi University School of Social Work and has held several positions within Long Island’s human services community, including deputy commissioner of the Nassau County Department of Mental Health.

He is credited with influencing the passage of New York State’s social work parity legislation, and in 1985, Pachter was selected “Nassau County Social Worker of the Year” by the NASW Nassau Division in recognition of his work in the areas of social work and political action, and for his contributions to the field of mental health.

Pachter is a member of the Board of Directors of the Long Island Association and the HIA-LI.

Long Island Business News has described Pachter as a leader “who has transformed the work of a food bank to focus on the root causes of hunger and food insecurity by developing some of the most innovative approaches to helping people in need.”

As part of his vision, Pachter has redefined the role of a food bank, to offer direct services that bring Long Island Cares closer to people in need, expands mobile operations and builds a network of community resources to increase distribution and capacity.

This resulted in the organization receiving Feeding America’s prestigious “Hunger’s Hope Award” in 2011.