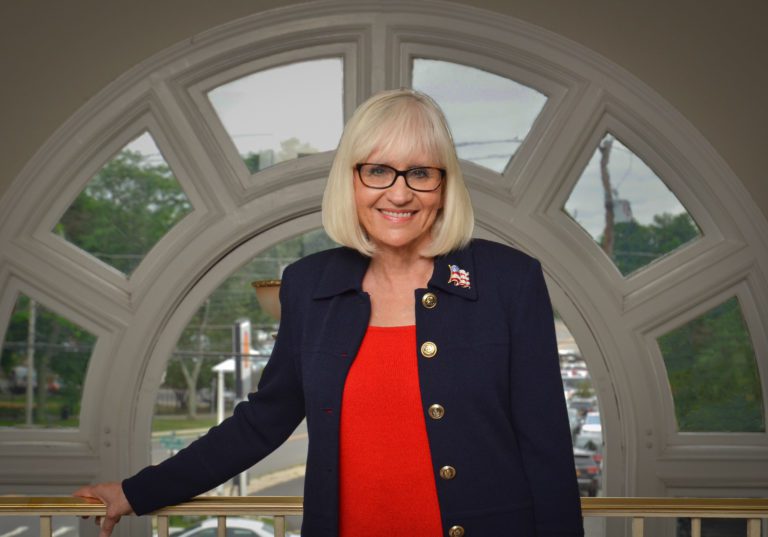 Judi Bosworth
Supervisor, Town of North Hempstead
Judi Bosworth took office in 2014, as the 37th supervisor of the Town North Hempstead, following six years with the Nassau County Legislature as the representative for the 10th District and 16 years as a trustee of the Great Neck School District Board of Education.

She was re-elected to her fourth two-year term in November 2019. The hallmark of the supervisor’s administration has been delivering outstanding constituent services to all residents, with loving attention to the town’s senior citizens and veterans.

In 2020, Supervisor Bosworth led North Hempstead’s thorough preparation and response plan in the face of the COVID-19 pandemic, ensuring that the Town maintained the continuity of government and often expanded its services by developing initiatives in response to emerging needs.

To this end, she established an internal business recovery response workgroup that developed creative opportunities and initiatives allowing local shops and restaurants to expand operations outdoors.

Among a multitude of other innovations, Supervisor Bosworth oversaw the creation of “Neighbors Helping Neighbors,” a social program for seniors feeling isolated and disconnected. She also ensured that the Town hosted a series of free outdoor events and numerous virtual enrichment programs for residents of all ages.

Throughout her tenure, Supervisor Bosworth has shown a strong commitment to fiscally conservative budgeting that stays under the state-mandated tax cap, by reducing debt and saving taxpayer dollars whenever possible.

This has resulted in the Town’s first-ever Triple A bond rating by Moody’s, the highest a municipality can obtain, which has since been reaffirmed 11 times. She has also led a slate of ethics and procurement reforms, ensuring employees and anyone doing business with the town are held to the highest ethical standard.

The town also implemented an anti-nepotism law to prevent situations where Town employees might supervise relatives. To reform procurement, the Supervisor created a professional purchasing division, which has simplified bid documents, reached out to women and minority vendors, and greatly expanded the universe of vendors used, assisting the Town in receiving optimal goods and services at competitive prices.

Additionally, Supervisor Bosworth launched a transparency portal on the Town website that provides comprehensive, interactive financial reports. Her commitment to transparency in government has also included voting on the Town’s budget before Election Day.

Throughout her career, Supervisor Bosworth has been committed to safeguarding our environment. She has been a staunch advocate of protecting the area’s waterways, aquifers, and drinking water, and an outspoken opponent of New York City’s Department of Environmental Protection’s proposed plan to re-open the Jamaica Wells, which would extract up to 68 million gallons of water per day. Supervisor Bosworth and the Town are also supporters of the national “Not In Our Town” initiative that has inspired hundreds of communities to take action against messages of hate and prejudice.

In 2014, Supervisor Bosworth made it a priority to re-establish the Town’s Veterans Advisory Committee. The committee has since implemented veterans donation drives, discount programs, and free/discounted parking at town facilities.

One of the committee’s greatest accomplishments was successfully advocating to secure a Community-Based Outpatient Clinic to offer easily accessible medical access to veterans in North Hempstead. Supervisor Bosworth also created the Disability Advisory Committee which has since provided the Town with valuable input on different programs for residents with disabilities.

The supervisor and her husband, Dr. Jay Bosworth, reside in Great Neck. They are so proud of their son Michael, an attorney, and his husband David Guggenheim, a psychologist as well as their son Brian, a physician, and his wife Lauren, an attorney, and their two grandchildren Andrew and Robin.