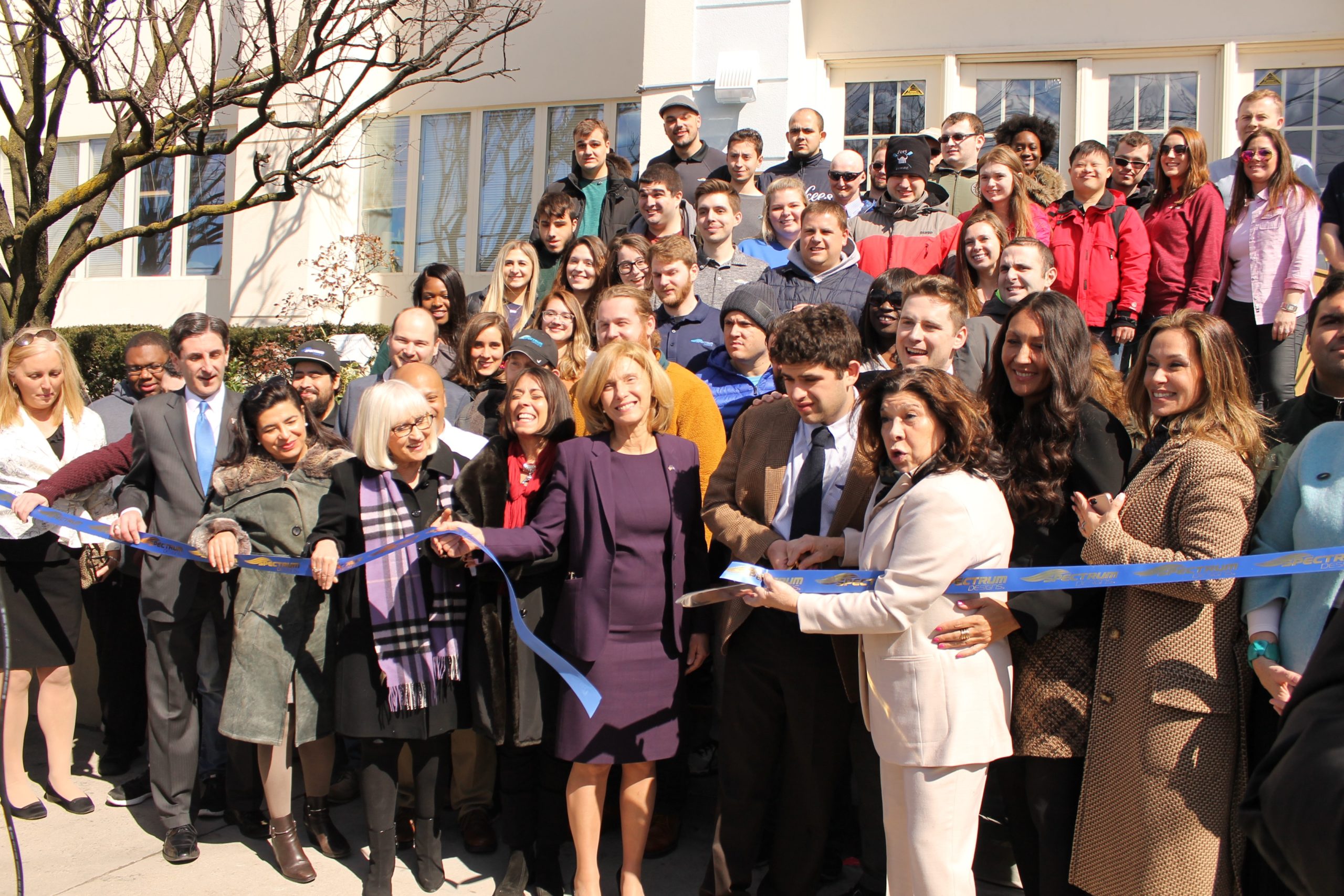 Spectrum Co-founder Stella Spanakos (in white) is surrounded by Spectrum employees and local officials at the opening of the new manufacturing facility on Friday in Port (Photo by Luke Torrance).

It began in 2011 with a small crew and one piece of equipment in a converted barn behind Stella Spanakos’ home.

On Friday, Spectrum Designs — the clothing manufacturer that is one of the largest employers of adults with autism in the country — held a ceremony to celebrate the opening of its biggest space yet.

“This day means a lot,” said Stella Spanakos, the co-founder of Spectrum. “It means I wasn’t just crazy, out of my mind when I decided to go ahead with this.”

The new building on 366 Main St. in Port Washington will be a larger space, allowing Spectrum to increase production while also reducing noise and providing amenities for workers.

Many of the workers were on hand for the ceremony, with one cutting the ribbon to officially open the new facility.

“The future is bright for Spectrum Designs and this tremendous milestone will help to further impact the lives of so many and build a legacy,” said co-founder and CEO Patrick Bardsley.

Reflecting on Spectrum’s journey after the ceremony, Spanakos said she had discussed the idea with her husband. His death in 2010 finally spurred her to take action.

“I had an option: I could either wallow in self-pity, or I could be the change I wanted to see in the world and make something happen,” she said. “And I chose the latter.”

She founded the project with her friend Nicole Sugrue and Bardsley, who had worked with Spanakos’ son. Originally the Nicholas Center for Autism — named for Spanakos’ son — the group looked for a way to provide adults with autism for a way to make a living.

Spanakos looked for something that was recession-proof and settled on making shirts.

“It was repetitive, it was start-to-finish, and it would be a great fit,” she said.

After a few months of experimenting, the operation moved out of Spanakos’ barn and into 416 Main St. in Port Washington, making 75 T-shirts a day.

When that space proved too small, Spectrum moved their manufacturing to the Community Chest of Port Washington’s building, where they stayed for two years. But with business continuing to grow, Spanakos said the business needed its own space, prompting the move to 366 Main St.

Clients for Spectrum include Google, Facebook, Comedy Central and Nieman Marcus. They also provide clothing to a number of local governments, including the Town of North Hempstead.

“These were the best shirts we’ve ever had,” said Town of North Hempstead Supervisor Judi Bosworth.

“This is really bringing the community together and embracing all individuals,” she said. “I am so proud to be a part of it, this is exactly where our tax dollars [should go].”

The other officials each took their turn to commend Spectrum and its leaders for their work in Port Washington. And Spanakos thanked the officials for their help in growing Spectrum.

“It truly takes a village,” she said. 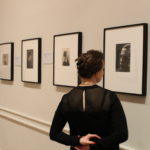 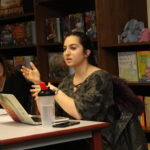