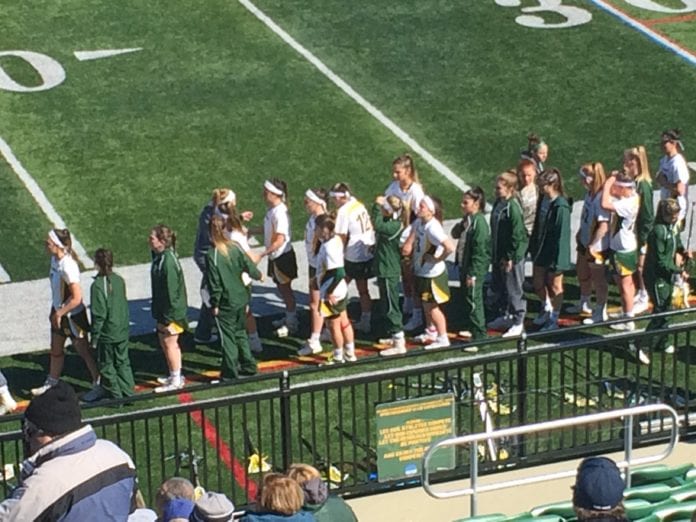 “We lost to Pace last year, so we definitely were out to prove them wrong and that we are the better team,” Feldman, who ended the game with one goal, said junior attacker Angela Deren, who had a career high six assists to help her team to the win.

Mallery had another big game as she scored six in a game for the second time this year, making her total 24 goals scored on the year. “To be honest, I don’t pay attention to individual stats. I’m just happy if I can do my part to help the team get the win,” Mallery said. “At the end of the day, I wouldn’t be able to do it without the help of my teammates.” 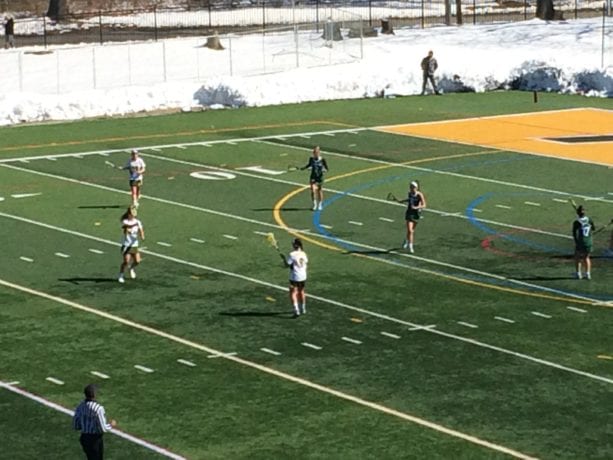 Just a few days later, on March 9, the LIU Post team took on the number one ranked Le Moyne College Dolphins. “We are determined and excited to play a good competitor,” Feldman said before facing Le Moyne College. The Pioneer offense was clicking on cylinders in the first 10 minutes of the game, as the Pioneers took an early 3-0 lead. After that, the Dolphins offense was just too much for the Pioneers, as they managed to outscore the Pioneers 8-1 to close the first half with a score of 8-4. The Pioneers tried to keep it close as freshman midfielder, Madeline Schaefer scored a goal to open up the second half, but the Dolphins didn’t let that affect them. The Dolphins held the lead, ending the game with three unanswered goals and a final score of 16-7. “This game showed is that we have a few things to work on for our future games,” Mallery said. “I believe fought hard, although the outcome of the game wasn’t in our favor.”

After suffering their first loss of the season, the women’s lacrosse team traveled to the ninth ranked East Strousburg Warriors on Wednesday March 13. “That loss was tough and it definitely drives us to come out strong and work harder in practice so we are prepared for our games,” Feldman said before facing East Strousburg. This was a very high scoring first half as the Pioneers and the Warriors combined for 18 goals. Each team was scoring goals back and forth, but the Warriors just had the upper hand, as they were able to outscore the Pioneers 4-1 in the final 15 minutes of the game, making the final score 15-12.

After suffering two losses in a row, the team faced East Coast Conference rival University of the District of Columbia Firebirds. The Pioneers took just less than a minute to score the first goal of the game, from Mallery, who ended the game with four goals. After Mallery’s goal, the Pioneers had control of the whole game as the Firebirds only managed the score only one goal. The Pioneers’ offense was just too powerful for the Firebirds as nine different players scored goals for the Pioneers. The final score of the game was 20-1.

The LIU Post women’s lacrosse team looks to get back its winning streak in the next game on March 20 at 4 p.m. at Molloy College.