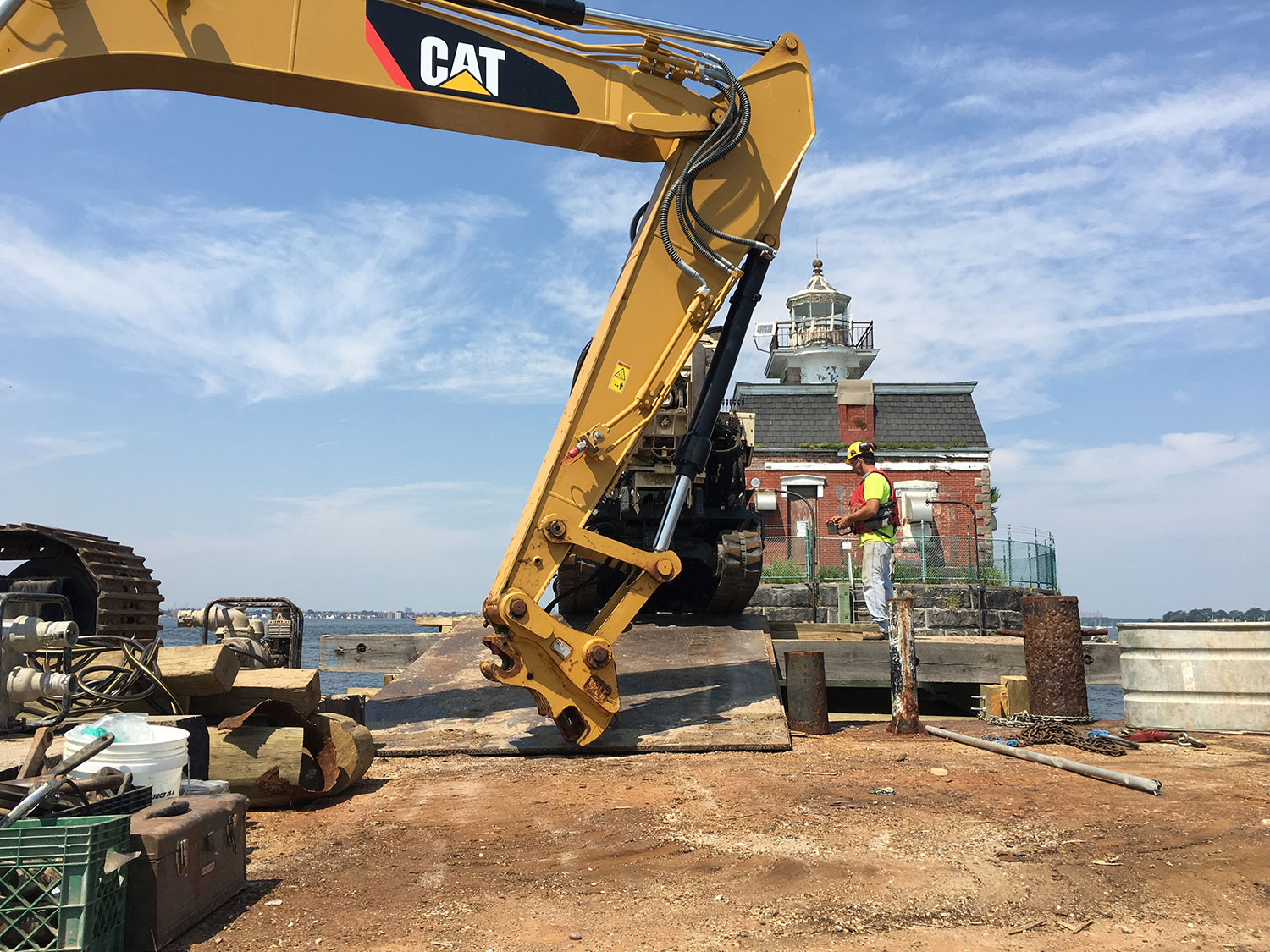 Rising Tide Engineering Company takes soil boring out at the Stepping Stones Lighthouse. The findings will be used to determine what type of permanent dock to build that would allow better and safer access to the lighthouse. (Photo courtesy of the Town of North Hempstead)

The most likely design will be a fixed pier on steel pilings with a gangway, according to the town’s Department of Public Works, which is overseeing the dock project.

People involved in the preservation project have said that the construction of the dock is pivotal for beginning restoration of the lighthouse. Without a stable dock, construction equipment could not be ferried to the location.

“This is a significant step forward so that we have the facilities in place for proper access,” Robert Lincoln, chair of the Great Neck Historical Society’s Lighthouse Restoration Committee and commissioner of the Great Neck Park District, said in a statement.

“We will soon be able to halt further deterioration and move onto restoration of this precious part of our local history,” Lincoln added.

The Town of North Hempstead, Great Neck Historical Society and Great Neck Park District have worked together since 2014 to try to save and restore the lighthouse, which guided mariners since 1877. This has involved fundraising, pursuing grants and studying the foundations.

It is arguably the most ambitious effort the Great Neck Historical Society, partnering with the Great Neck Park District and Town of North Hempstead, has made. Previous estimates suggested repairs could cost millions of dollars.

While the Stepping Stones Lighthouse does not need to be restored to serve its fundamental purpose as a beacon to mariners, lighthouse advocates have previously said replacing it would sacrifice its historical and educational value.

Town Supervisor Judi Bosworth said she is optimistic that the town can secure all the necessary permits by the end of this year and start constructing the dock in the spring.

“It’s a very exciting time and we are looking forward to having a permanent dock in place so that we can have safe pedestrian access to the lighthouse,” Bosworth said.

An architectural study by Modern Ruins, Walter Sedovic Architects, found that the lighthouse can be restored.

“The thing that strikes me the most is that given the absence of heat, people … this building is robust and expresses all the beauty and strength that it originally had,” Walter Sedovic, an author of the study, said in a previous interview. 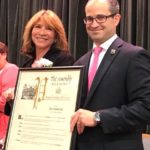 Ellen Ritz honored by NYS Assembly as “Woman of Distinction”