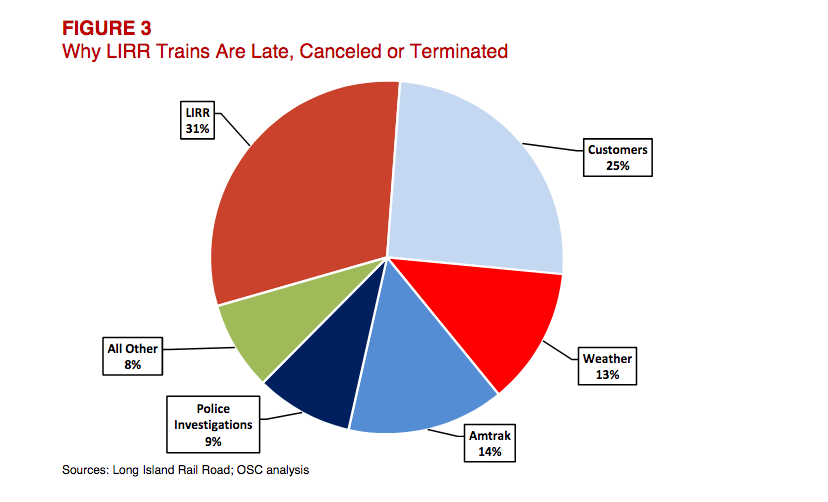 The Long Island Rail Road had its worst on-time performance in 18 years, according to a new report from the state comptroller’s office, a far cry from its 95.2 percent on-time rate in 2009.

More than 21,000 trains were late, canceled or terminated in 2017, the report says, which is nearly 20 percent more than in 2016. This, in turn, led to millions of riders being adversely affected and nearly $75 million in lost productivity, the report says.

“In total, 21,362 trains were late, canceled or terminated in 2017, nearly one-fifth more than in 2016,” the report says. “Performance was affected by an increase in Amtrak-related incidents (Amtrak owns and operates Pennsylvania Station), as well as an increase in incidents attributed to the LIRR.”

The report noted that a commuter train is considered “on time” by the LIRR if it arrives less than 6 minutes after its scheduled arrival, meaning only a small portion of LIRR trains were late or canceled.

“However, many commuters had a different experience because of their route or time of travel,” the report said.

The report said Amtrak was responsible for 14 percent of all incidents and more than half of the increase in poor performance, with delay incidents more than doubling from 1,227 to 3,074.

The report also shows the LIRR was responsible for 6,542 incidents, translating to almost a third of delayed and canceled trains. The state comptroller’s office attributes it most of it to unscheduled repairs and mechanical problems.

“Most of the delays from boarding and exiting the trains occurred when demand exceeded the level of service provided by the LIRR, mostly for special events and holidays,” the report said, also noting short platforms and late arrivals to the terminal as factors.

“The LIRR, not the customer, bears responsibility for these conditions,” the report added.

The release of the state comptroller’s report follows the LIRR releasing statistics showing the LIRR off to a poor start in 2018, with January posting its worst monthly on-time performance in over two decades.

The report also follows LIRR officials outlining a new performance plan for the agency back in February.

LIRR President Patrick Nowakowski said at the time the plan would feature new trains as provided in their capital program, utilizing new technology to reduce weather-related complications, and expanding rail inspections and rail grinding to repair damaged wheels and tracks.

An LIRR spokesman said they “have heard our customers loud and clear” and are taking “a host of aggressive actions to improve service,” including adding staff, upgrading their infrastructure, and “hardening against weather-related delays.”

The spokesman also noted 100 capital projects, including the double track, third track and Jamaica Capacity Improvement project, which “will dramatically improve the railroad’s performance and enhance capacity for generations to come.” 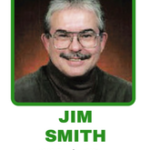