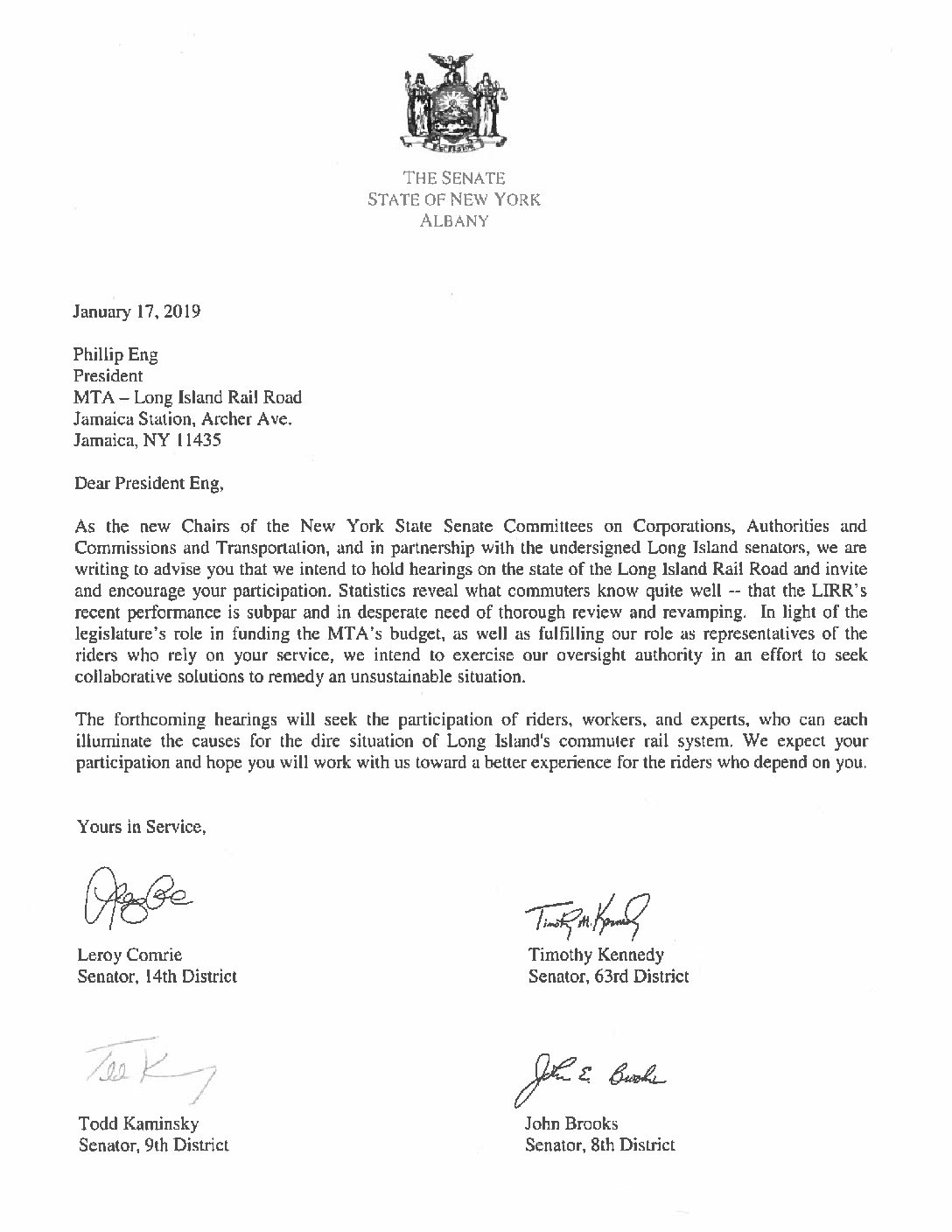 Long Island Democrats and committee chairs sent a letter to LIRR President Phillip Eng and the MTA on Thursday, as they called for hearings and cooperation to improve experiences for commuters. (Letter courtesy of the New York State Senate Democrats)

State Senate Democrats intend to hold hearings on the state of the Long Island Rail Road, according to a letter sent to LIRR President Phillip Eng and the MTA, in response to a litany of transit woes faced by commuters.

The letter, signed by the state Senate chairs of the Corporations, Authorities and Commissions and Transportation committees and six Long Island Democrats, put Eng and the MTA on notice about pending hearings and their oversight authority over the agency.

“Statistics reveal what commuters know quite well – that the LIRR’s recent performance is subpar and in desperate need of thorough review and revamping,” the letter states. “In light of the legislature’s role in funding the MTA’s budget, as well as fulfilling our role as representatives of the riders who rely on your service, we intend to exercise our oversight authority in an effort to seek collaborative solutions to remedy an unsustainable situation.”

The letter was signed by all six of Long Island’s Democratic representatives, including state Sen. Anna Kaplan, who represents North Hempstead, Elmont, and part of Hicksville for District 7.

“We’re all fed-up with the status quo, and we want to find solutions to get the job done,” Kaplan (D-Great Neck) said. “That’s why we’re bringing together stakeholders, transit experts, and most importantly, riders, to identify causes of our current problems, and make a plan for real improvements going forward.”

Exact dates for the hearings were not immediately clear Thursday afternoon.

“I welcome the opportunity to continue the discussions we’ve been having with the senators, and to share information about the LIRR Forward plan and the initiatives underway to improve service for our customers,” Eng said in a statement. “The hearings will complement the unprecedented outreach we’ve been having with the public in the past year, including more than 100 meetings with civic groups and associations and weekly Meet Your Manager events at stations.”

The letter follows news that average the on-time rating for the first 11 months of 2018 was just shy of 90.2 percent. This puts it on track to be below 2017’s overall on-time rate of 91.4 percent, according to the state comptroller’s office, and make it “the lowest level since 1999 and well below the [94 percent] target set by the LIRR.”

It also comes as the MTA, which oversees the agency, plans to implement fare hikes of about 4 percent in March to make up for a revenue shortfall.

MTA and LIRR officials have attributed some past delays to weather conditions and an abundance of wet leaves, which can create travel hazards and wheel-damaging slippery rail conditions.

At a previous LIRR committee meeting, Eng said they have not seen “the same spike or lengthy duration of impacts” as was seen in 2017 and vowed to “triple [its] efforts” to contain delays and improve safety. 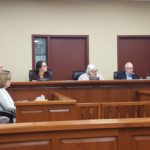