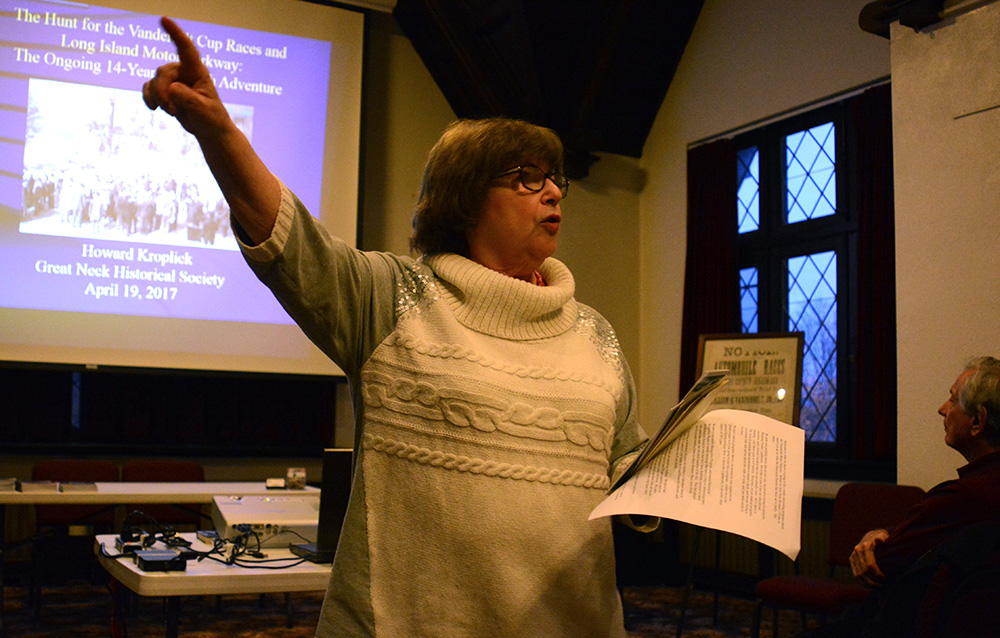 Alice Kasten, president of the Great Neck Historical Society, speaks at an earlier event about racing on the North Shore. (Photo by Janelle Clausen)

The inaugural 5K benefiting the Stepping Stones Lighthouse secured its first sponsors of what it hopes will be many more, the Great Neck Historical Society said, marking another step towards recouping race costs and raising awareness about the lighthouse.

Race organizers said that most of the sponsors so far have donated in the $500 range, with many of the organizations having ties to Great Neck.

Some of those partners include the Rotary Club of Great Neck, Norman Collision Works, Systematic Control Heating and Air Conditioning, the local Rotary Club and the Great Neck Chamber of Commerce.

“We’re pleased that sponsors are beginning to come forward and we’re hoping the community will stand behind this race and understand the importance of preserving the lighthouse,” Alice Kasten, president of the Great Neck Historical Society, said on Thursday.

The Great Neck Historical Society first announced the run two months ago in late June. It is part of a larger effort between the historical society, Great Neck Park District and Town of North Hempstead, which is the lighthouse’s steward, to save and restore Stepping Stones Lighthouse.

Charles Schneider, the head of the historical society’s subcommittee handling the race, noted that they have reached out to various villages, circulated over 100 posters and made several phone calls.

He also said that they have entered a kind of “countdown mode,” with the race being less than two months away.

“I say we’re half way there and we are anxiously seeking to add sponsors or partners,” Schneider, a member of the historical society’s executive board, said.

Organizers hope to have between 300 and 400 runners, as many sponsors as possible, and reach everyone on the peninsula, Schneider said, with the race primarily aiming to inform locals about the lighthouse and why it should be restored.

Money raised goes towards supporting the cost of the race, awards to be issued to participants, shirts with a list of all the race sponsors, helping the lighthouse and other items.

“We realize this is the summer and summertime is when less people are paying attention for winter things,” Schneider said. “But we’re undaunted in our whole pursuit.”

The effort to restore the lighthouse is the largest effort the Great Neck Historical Society, partnering with the Great Neck Park District and Town of North Hempstead, has ever embarked on. Previous estimates suggested repairs could cost more than $4 million.

Stepping Stones guided sailors through rocky waters since 1877 and stood over the Long Island Sound. Now the interior is essentially gutted, with many windows, rooms and brickwork needing major repairs, officials said.

The three groups are co-hosting the race on Sunday, Oct. 22, beginning and ending at Stepping Stones Park in Kings Point. The parking lot will open around 6:30 a.m. and the 5K race will start at 9:00 a.m.

Interested racers can sign up on the online event page for $25 or for $30 on race day. Awards will go to the top three racers for men and women, respectively, and the top racers within certain age groups. 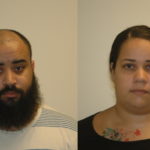 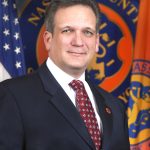 Mangano 3rd term no longer on the table