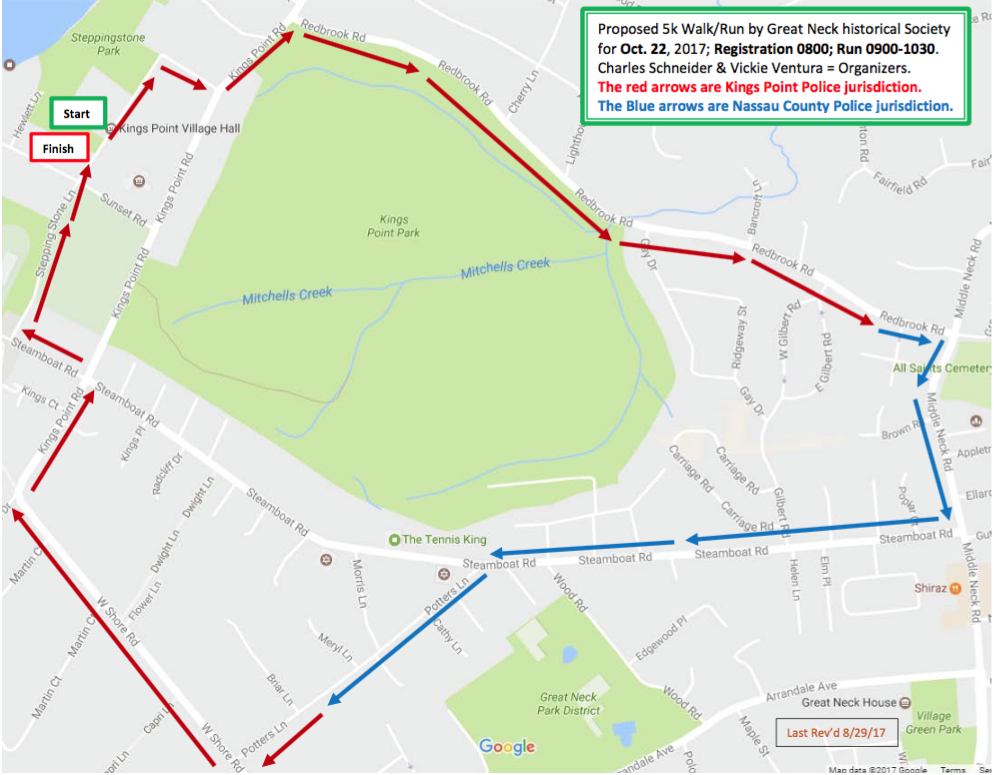 Police from the local and county levels will be coordinating security for the race, which will take walkers and runners around Kings Point Park along some major streets. (Photo courtesy of the Kings Point Police Department)

The first ever 5K race for Stepping Stones Lighthouse is making major gains, race organizers said, with numerous sponsors and groups signing on to support it.

The Great Neck Historical Society, which is co-hosting the race with the Great Neck Park District and Town of North Hempstead, said they currently have 17 sponsors that have contributed over $500 – a roughly 50 percent increase from three weeks ago.

Charles Schneider, the head of the Great Neck Historical Society’s race subcommittee, also noted a litany of other organizations contributing – be it through banners, signs, providing security of off-site parking.

“The event, which started off slowly, is starting to take giant steps,” Schneider said. “The community has really rallied behind in support.”

The Merchant Marine Academy, for example, will be providing off-site parking for runners and agreed to promote the race. The Great Neck Chamber of Commerce, a race sponsor, is meanwhile sending out emails to everyone on their list.

Alice Kasten, president of the Great Neck Historical Society, said the Town of North Hempstead- which is the lighthouse’s steward- has been incredibly helpful too. She said they had printed thousands of fliers, hundreds of posters and a “considerable contribution.”

“If we had to pay for that printing, it would knock us right out,” Kasten said.

Kasten and Schneider also said that John F. Kennedy Elementary School has expressed an interest in contributing to the race.

The Great Neck Historical Society first announced the run in late June. It is part of a larger effort between the historical society, Great Neck Park District and Town of North Hempstead, to save and restore Stepping Stones Lighthouse.

Race organizers previously said the purpose of the race is to raise awareness that the lighthouse exists and why it should be saved.

The lighthouse guided sailors through rocky waters since 1877 and stood over the Long Island Sound. With an essentially gutted interior and many windows, rooms and brickwork in need of repairs, officials said the cost could be in the millions.

An early report from the Great Neck Historical Society’s firm also recently outlined some suggestions on how to save the lighthouse. The society is currently waiting for a final report.

The three groups are co-hosting the race on Sunday, Oct. 22, beginning and ending at Stepping Stones Park in Kings Point. The parking lot will open around 6:30 a.m. and the 5K race will start at 9:00 a.m.

“I would really love it if more of the community came forward,” Kasten said. “It’s all of our lighthouse, not just our lighthouse.”

Kasten said that in addition to regular donations and sponsorship, they are hoping to get donations for bottled water, bagels, fruits and other snacks for the racers. 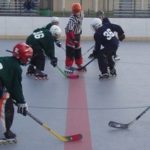 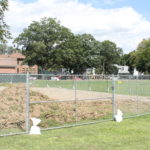