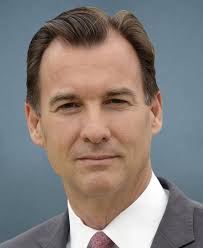 Suozzi, who is leaving his post to run against Hochul for the Democratic gubernatorial nomination, said Hochul’s plans, which she outlined in a book issued with her State of the State address, would end the current housing landscape.

“This proposal that’s being made would actually end single-family housing in New York state,” Suozzi told reporters on Thursday.

Specifically, Suozzi was responding to Hochul’s commitments to fix what she described as outdated laws that hold back the housing supply.  Hochul’s address called for changing zoning laws for Accessory Dwelling Units (ADUs), which include basements, attics and garages, among others.

The book released by the governor said: “To permit these vital options and help reduce housing costs, Governor Hochul will propose legislation to require municipalities to allow a minimum of one ADU on owner-occupied residentially zoned lots. This legislation would allow municipalities to set minimum and maximum size requirements that both meet safety standards but will not prevent reasonable new construction.”

For New York City, the legislation would require an amnesty program to legalize existing ADUs if they are brought into compliance with code.

Suozzi said that he supports ideas to tackle housing problems, but disagrees that this is the method to do so.

Under Hochul’s proposal, home rule, which gives municipalities their own authority, would be limited in regard to land-use regulations.

Daniel Serota, mayor of Brookville and president of the Nassau County Village Officials Association, reiterated many of Suozzi’s points.

“We live in our villages because of home rule. This should not be in the budget,” Serota, who represents 64 villages and 475,000 residents, said. “This is a quality of life issue; one size does not fit all.”

Also in attendance were Mayor Kenneth Moore of Bellerose Village, President Sean Walsh of the Douglaston Civic Association and Supervisor Mike Schiliro of the Town of North Castle, among others.

“Do we have to work on the issues of affordable housing and segregated neighborhoods? We absolutely do,” Suozzi said. “But we will not allow local zoning to be overridden and not erode the power of local governments.”

Mayor Bral oversteps his authority and offends his constituents
Next Article 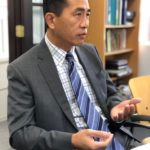