A comparison of the budget approved under former Supervisor Judi Bosworth in October and the current budget following resolutions in January. (Photo courtesy of the Town of North Hempstead)

The Town of North Hempstead supervisor’s office and the Town Board are disputing a purported   reduction to Supervisor Jennifer DeSena’s staff.

Since DeSena took over in January, the supervisor’s office has claimed she has not had the same liberty to appoint staff as her predecessor, Judi Bosworth. Since DeSena’s administration began, and in Town Board meetings, the issue of the staff that reports to DeSena, who ran as a Republican, has been brought up multiple times.

In a statement to Blank Slate Media, Brian Devine, director of communications for the supervisor’s office, said it is a game of semantics.

“Democrat Councilmembers have been hiding behind a game of semantics instead of admitting that they covertly stripped the Supervisor’s Office of over 75% of it’s allotted staff positions. The truth of the matter is that while former Supervisor Bosworth had 21 people reporting to her directly, Supervisor DeSena has only been given the ability to fill 5 positions, resulting in a huge loss of staff and resources. Of the remaining 16 positions, Supervisor DeSena’s authority over them has been effectively removed by the Democrat Councilmembers, despite the fact that these individuals are still being paid out of the Supervisor’s Office budget line.”

According to town law, unless otherwise stated employees serve at the pleasure of the Town Board, which is made up of four Democrats and three Republicans.

DeSena is one member of the Town Board, which has power to conduct business with a quorum during public meetings. Despite being one vote, she cannot appoint staff of her choosing without a majority vote.

Devine said that keeping certain employees on the supervisor’s budget allows Democrats to say that no changes have been made.

Regarding a budget resolution in January that transferred personnel, Gordon Tepper, spokesman for the town, said there was a net-zero impact on the budget.

The supervisor’s office agrees that by the numbers, the budget is unchanged despite previous claims.

“Why are these individuals being paid out of the Supervisor’s budget if they don’t report to her,” Devine said in a statement. “It’s an easy answer, so the Councilmembers can say they didn’t cut her budget. Democrat Councilmembers didn’t cut her budget, they’re right in that fact, but what they did instead is they took her staff by refusing to work with her and blocking her ability to fill out her administration as she sees fit.”

Democratic Councilwoman Veronica Lurvey said in a  statement to Blank Slate Media: “The Town Board has bent over backwards to acclimate and accommodate Supervisor DeSena. There was outreach in a spirit of collaboration even before the new administration took office, with meetings and even a tour of Town Hall. Once in office, the Town Board voted to approve all of her hand-picked hires, including her personal press person, a first in Town history. The Supervisor has never before employed a Director of Communications who reports directly to the Supervisor alone.

“A Supervisor is not a dictator. The Town Board consists of seven individuals, each with one vote. Supervisor DeSena is simply one of those seven. The Supervisor has never had unilateral authority to issue decrees that circumvent the rest of her colleagues on the Town Board. We’re supposed to function as a legislative body – as a team. I understand that she’s new and still learning how Town government runs, but that’s the way it is.” 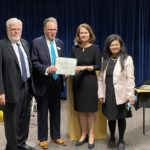 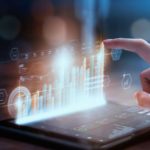