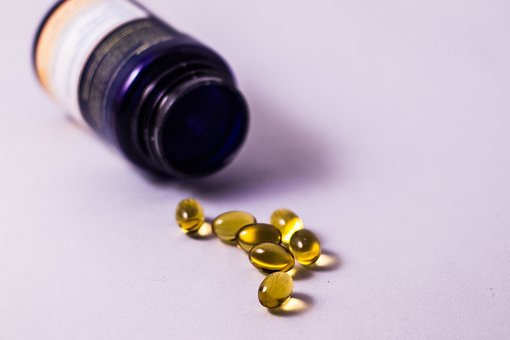 Inflammation is your body’s response to foreign agents or damage. It signals that your immune system is active and working. So, inflammation can be a good thing, and your focus should be on eliminating the cause of the response.

Here are some supplements you can use to fight inflammation:

As the name indicates, fish oil is extracted from fish, mainly their tissues. The oil is rich in omega-3 fatty acids. Your body doesn’t make these acids, so you have to rely on the fish in your diet for them.

The main acids are:

These acids have anti-inflammatory properties that can help with chronic inflammation. Fish oil’s effects have been most thoroughly studied in rheumatoid arthritis patients. In these patients, the supplementation has reduced swelling, morning stiffness, arthritis pain, and dependency on NSAIDs.

A study in 2006 also showed that fish oil might help with non-surgical back and neck pain. The study objective was to see if they could use fish oil supplements to replace NSAID treatment. Out of the 125 subjects, 8% were satisfied with fish oil. They reported an improvement in their pain level reduction.

Fish oil is made from oily fish. These fishes include mackerel, tuna, herring, and anchovies. You can also get omega-3 acids from nuts and plant oil. However, they aren’t as beneficial.

The dosage can vary depending on individuals and conditions. However, the average dose is 1100 mg and 1600 mg daily for men and women, respectively. Consult with your doctor before starting fish oil to get the best dosage. You can also try eating foods with high omega-3 content instead of supplements.

If you take a prescription medication like blood thinners, avoid fish oil, as it can delay clotting. Additionally, it can cause diarrhea, belching, and other gastrointestinal problems. Be careful if you have a seafood allergy.

Turmeric is a common spice in South Asian cuisine. Additionally, it has been used to treat pain and inflammation for years. The method is effective because of the anti-inflammatory benefits of curcumin, an active ingredient of turmeric.

Curcumin is also effective against arthritis, especially osteoarthritis, gouty arthritis, and rheumatoid arthritis. Both are degenerative diseases that have inflammatory aspects. Since pharmacological treatments are expensive, researchers look for alternatives in natural anti-inflammatory agents.

Curcumin is effective against all forms of arthritis. It also relieves inflammation of the joints. However, there’s no guarantee of joint protection. All these benefits make curcumin a good anti-inflammatory supplement.

Tumeric is the most prominent source of curcumin. However, there are other sources too. You can find curcumin in Mango ginger. Alternatively, you can use curry powder, as it also contains turmeric.

European Safe Food Authority allows a daily intake of up to 3 mg of curcumin per kilogram of your body weight. If you’re using turmeric, the safe dosage is around 500 to 2000 mg daily.

Curcumin does have any serious side effects. However, minor side effects can include nausea, yellow stool, headache, and diarrhea. Please note that researchers only observed these effects at extremely high doses.

Opt for green tea extract if you don’t want to drink a cup of green tea daily. It is just a capsule with all the active ingredients you’ll find in a full cup of green tea. Green tea has plenty of health benefits, including improving immune function.

In rat models for osteoporosis, EGCG stopped inflammation of the joints. Consequently, it stopped disease progression and reduced the associated pain in the joints. It also reduces vascular inflammation.

Mice with liver injury showed a significant decrease in the extent of the injury, inflammation, and oxidative stress.

You should take 250 to 500 mg of green tea extract daily. You’ll need three to four cups of green tea to get the same benefits. For exact dosage, refer to a doctor.

Vitamin C, otherwise known as ascorbic acid, is an essential vitamin that acts as a powerful antioxidant. Vitamin C reduces oxidative stress in cells which is a trigger for inflammation. Thus, it indirectly reduces inflammation.

In a study published in 2016, researchers observed the effects of vitamin C on inflammation in obese participants suffering from hypertension or diabetes. A total of sixty-four people participated.

In the end, the participants in the control level showed significantly reduced levels of inflammation. Vitamin C decreases the number of pro-inflammatory factors in their bodies.

You can easily find vitamin C supplements in the market. However, getting all the vitamin C you need through your diet is possible. You can find vitamin C in citrus fruits, bell peppers, Brussels sprouts, leafy greens, and broccoli.

You can use up to 2000 mg of vitamin C supplements daily. However, the recommended daily dosage is 90 and 75 mg for male and female adults. Consult with your doctor before using it as a treatment for cancer or some other disease.

When taken at a normal dosage, Vitamin C is safe. However, it can sometimes cause minor side effects like stomach cramps, headache, heartburn, and nausea. You may get kidney stones and diarrhea if you exceed the 2000 mg limit.

S-adenosylmethionine, commonly known as SAM-e, is a compound that your body naturally produces. You can also take it as a supplement for several conditions like depression and fibromyalgia.

SAM-e also has anti-inflammatory properties, which is why it has been prescribed for osteoarthritis since the 1970s. Formally, there’s no relationship between osteoarthritis onset and decreasing SAM-e levels in the tissue. However, that’s what happens.

Asthma results in inflamed airways, which makes it hard to breathe. A 2016 study showed SAM-e’s ability to suppress airway inflammation in mice models. It does so by reducing oxidative stress. So, one may say it can help in treating asthma symptoms.

SAM-e is formed naturally within your body. Brands usually have to synthesize it artificially to make supplements.

There’s no fixed dose for SAM-e. You should refer to your supplement for dosage instructions. Better yet, consult with your doctor for the right dosage. Generally, for osteoarthritis patients, 600-1200 mg is recommended daily.

SAM-e doesn’t have as many side effects as NSAIDs. However, they do occasionally show some adverse effects. These include dry mouth, constipation, headache, dizziness, anxiety, diarrhea, and skin rashes. Consult a doctor before taking any supplements if you’re pregnant or breastfeeding.

Resveratrol also exhibits anti-inflammatory properties. It inhibits inflammatory responses in the body by restricting the production of inflammatory factors. As such, resveratrol is potentially useful against a myriad of disorders.

Resveratrol also reduces neuroinflammation. That makes it effective against neurodegenerative diseases like multiple sclerosis, dementia, Parkinson’s disease, and more. As we said before, inflammation is very important for cancer spread. Since resveratrol inhibits inflammation, it also has anti-cancer properties.

Resveratrol is present in exceptionally high quantities in grape skins. Consequently, it’s also present in red wine. Other foods high in resveratrol are peanuts, berries, and cocoa. Remember, most manufacturers don’t use grapes to make resveratrol supplements. Instead, they use the Japanese Knotweed plant.

Supplements contain about 250 to 500 mg of resveratrol. However, you can safely take 5 g of resveratrol daily. Of course, your condition, age, weight, etc., decide the final dosage.

Vitamin D is a powerful inflammatory agent. However, vitamin D deficiency is common. The deficiency can lead to problems like chronic inflammation. If you live in an area where vitamin D is hard to get, ensure that you take vitamin D supplements.

Similarly, there’s a relationship between vitamin D deficiency and asthma. During asthma, airway inflammation leads to bronchial dilation and airway obstruction. Folks deficient in vitamin D are at a higher risk for complications due to asthma.

Vitamin D deficiency also increases the risk of getting IBD. Studies have shown that vitamin D supplements can reduce that risk from 29% to 13%. Adequate vitamin D levels also lower the risk of mucosal layer damage.

Your skin makes vitamin D when you go out into the sunlight. Other than that, it’s present in food like fish and eggs. If you can’t get those, opt for fortified milk. If you have a vitamin D deficiency, you should take supplements.

You’ll experience minor side effects if you exceed the maximum vitamin D limit. These side effects include dry mouth, weakness, nausea, and vomiting. If you continue this over a long period, it can cause hypercalcemia. Hypercalcemia refers to abnormally high calcium levels in the blood.

Cat’s Claw is a herbal supplement derived from a tropical vine called Uncaria tomentosa. The herb has been used to treat ailments in the south American region for years. It has many benefits like boosting the immune system, relieving pain, and more.

A 2001 study investigated Cat’s Claw’s effect on knee osteoarthritis. The study featured forty participants: 30 got Cat’s Claw, while the rest (15) got a placebo. They observed a significant decrease in pain just after one week of use.

Cat’s Claw is a tropical vine native to the Amazonian rainforest. It also grows in central and southern regions of America. You can find the supplements in powder, capsule, and extract forms. If you want, you can even make tea from it.

Cat’s Claw doesn’t show any side effects in low doses. However, if you take it in excess, you’ll feel effects like nausea, vomiting, and an upset stomach. There may be worse symptoms like hypotension, nerve damage, and renal problems on rare occasions.

Conclusion: What Vitamins Get Rid Of Inflammation In The Body?

If you have chronic inflammatory disease, you’re likely using NSAIDs. These medicines are effective. However, they can have some unwanted side effects. That’s why some patients may want to try natural alternatives. We have given you a list of natural anti-inflammatory supplements to choose from.

Of course, these supplements aren’t regulated by the FDA. Thus, you’ll have to buy from a reputable source to avoid adverse reactions. Consult with your doctor before you start taking any supplements. 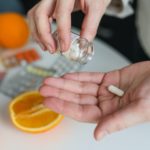 4 Best BCAA Supplements Of 2022: According To Dietitians
Next Article 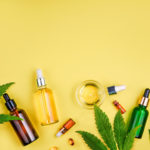 Decarboxylation: What Is It And Why Its Really Important?