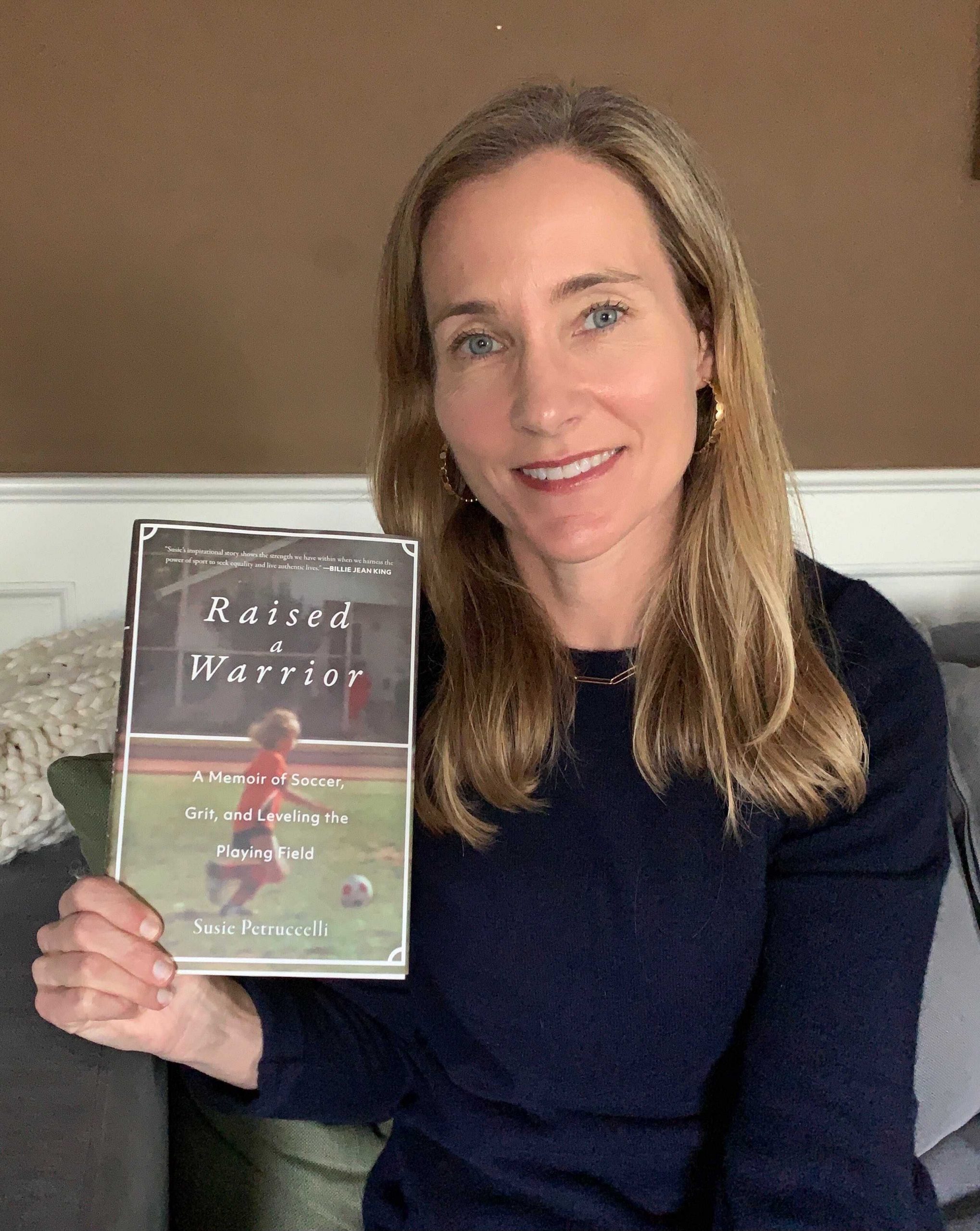 Manhasset resident Susie Petruccelli’s journey to become an award-winning author is one she hopes that will educate others about the world of women’s sports.

Petruccelli’s family is one with deep roots in the sports world, with both her father and grandfather playing football at the high school and collegiate level. Growing up in Los Angeles, her idols ranged from Magic Johnson and the Showtime Lakers to Dodger greats Fernando Valenzuela and Steve Garvey.

“At a really young age I very naively assumed that I would be able to follow their footsteps into American football and baseball but, of course, those opportunities never came,” Petruccelli said in an interview with Blank Slate Media.

Thanks to the establishment of Title IX in 1972, Petruccelli was able to start her own journey to become a sports icon for the millions of other girls who did not participate in sports at the time and the millions who would eventually do so.

By the age of 5, Petruccelli and her twin sister laced up their cleats and began to play soccer. Petruccelli said the love for the sport and the competitive atmosphere while being on the same field as the boys was incredible.

“From that very first day of playing soccer, I was just completely in love and obsessed with it,” she said. “I basically rode that soccer wave through the Olympic Development Program and U.S. Club Soccer.”

Their passion for the game provided both Petruccellis with an opportunity to continue to play it at Harvard University. Her decision to play soccer at an Ivy League school followed in the footsteps of her first female icon, Julie Foudy, who was finishing up a storied career at Stanford. Foudy is a two-time FIFA World Cup champion with the United States and a National Soccer Hall of Fame inductee.

Unfortunately, Petruccelli suffered a serious injury at the beginning of her sophomore campaign which never healed properly. Despite the injury, she continued to play through the highs and lows and ended up being a senior captain the same year the Harvard Crimson captured the Ivy League title. Though her road to captain was filled with adversity, Petruccelli’s mind began flooding with ideas on how to tell her story later on.

“I knew at the time it was a very cool sports story and I knew my teammates were these incredibly inspiring people, so there was an important story in there,” she said. “I was seeing it visually, like a movie.”

With films ranging from “The Bad News Bears” to “Animal House” rattling around in her brain, Petruccelli decided to look at acclaimed short stories and anthologies on various sports. What she quickly discovered was that the difference between her story and the ones she examined would force her to write her own version.

“I realized that none of what I was reading was about women’s teams,” she said. “At that moment, I really woke up to the idea that women’s sports history is different than men’s sports history. It really took me into my early 20s to realize that the two are seen as completely separate.”

The realization led Petruccelli to take a deeper dive into the inequities in women’s sports throughout the world. A 2019 statistic from the United Nations Educational, Scientific and Cultural Organization showed that women’s sports receive just 4 percent of the global media coverage of professional athletics, despite women making up 40 percent of the total participants in global sports. There are also significant disparities in recruiting funds between the two genders, she said.

Petruccelli said she became more concerned about the growth of women’s sports outside of the United States and called on her former Crimson teammates to answer a call on social media to aid the impoverished Haitian Women’s Soccer Team.

Around 2009-10, Petruccelli said, she and her teammates pulled some money together to send the team a box of cleats and sports bras after hearing roughly 90 girls were sharing nine pairs of cleats. The effort prompted her to learn more about how to help teams throughout the globe with fewer resources than others and led her to meet Kelly Nascimento, the daughter of another one of her idols, soccer legend Pelé.

The two met once Petruccelli made the move to Manhasset around 2011-12 and talked about their shared passions for helping to promote women’s sports throughout the world. Their meeting led to Petruccelli being named a producer on a documentary Nascimento was in the process of creating.

Petruccelli published her memoir, “Raised a Warrior,” in England last year, but the coronavirus pandemic caused some delays in having the book reach the shelves. Once it did, however, the country took notice and resulted in Petruccelli receiving the Vikki Orvice Prize, named after the first female soccer reporter for a British newspaper, The Sun.

The book, which captures the mentality Petruccelli’s father instilled in her at a young age, was published throughout the United States two weeks ago. In one of the chapters she initially sent to her publisher, Petruccelli described the time her daughter posed a pertinent question to members of the 2015 World Cup Champion U.S. Women’s Soccer Team.

Her daughter, she said, asked the team if they believe they should be paid as much as men do. Petruccelli’s reaction to her daughter’s question brought back the words her dad had instilled in her at a young age.

“After all the injuries I sustained playing soccer, I wanted to continue raising myself to be a warrior, but for things that I was passionate about like gender equality and equal pay and opportunities for girls in sports,” she said. “Hearing my daughter ask that question was a really cool moment for me.” 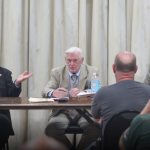 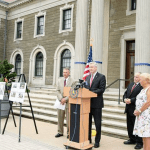