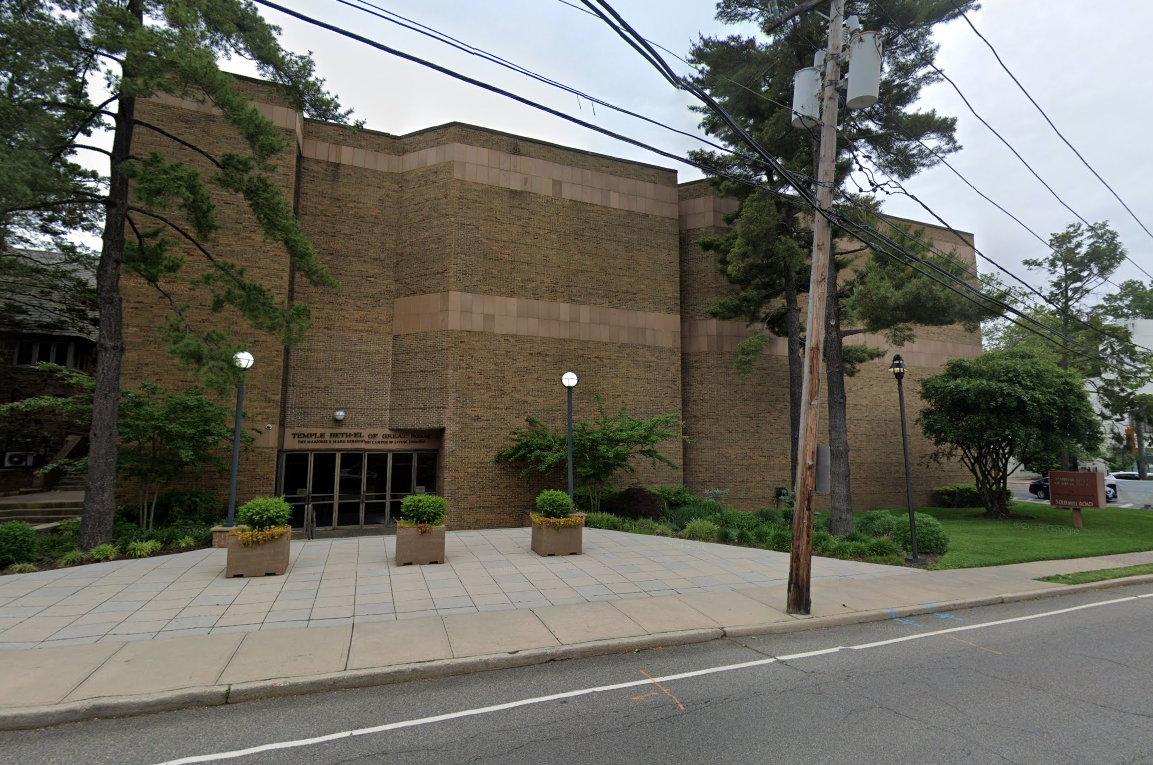 Officials from Temple Beth-El in Great Neck said a Saturday Zoom event was hijacked by unkown people who sent in hate speech and offensive language. (Photo courtesy of Google Maps)

A Temple Beth-El virtual Torah study event was interrupted by anti-Semitic intruders on Saturday morning, according to temple officials.

A joint statement from temple President Gary Slobin and Executive Director Stuart Botwinick said several unknown people logged onto the Shabbat Torah study Zoom event and proceeded to “post offensive material and speak words of hate.” The event was promptly ended, according to the statement, and the police were contacted to investigate.

Officials said that they did not believe Temple Beth-El, located at 5 Old Mill Road in Great Neck, was a target for any specific reason other than its role as a Jewish temple. Officials said they are working with the temple’s security consultants to ensure incidents such as this do not occur again.

“As Jews, we have experienced hatred and antisemitism in our history … and we know the importance of being strong and proudly standing up in our own defense,” the statement said. “While there will always be moments of darkness and acts of evil, our community will stand united, strong and never bend to intimidation. May we continue to go from strength to strength.”

Officials from the Nassau County Police Department’s 6th Precinct said that the investigation was ongoing.

The hijacking of the temple’s event is the most recent in a string of anti-Semitic attacks on the North Shore.

In December, the North Shore Hebrew Academy High School’s website was the victim of a hacking scheme featuring anti-Semitic images, messages and songs. Pictures and videos from StopAntisemitism.org, a nonprofit whose mission holds “antisemites accountable” and creates “consequences for bigoted actions” were posted on Dec. 14.  The video featured the home page of the school’s website with Nazi soldiers marching in the background.

Screenshots of the website were then posted with anti-Semitic messages with slurs above a notification that the website was under construction. In the website’s “About Us” tab, there were more pictures of Nazi soldiers holding up swastikas and referring to the school as the “North Shore Concentration Camp.”

Some of the more than 4,000 members on a “Mom and Dads of Great Neck” Facebook group discussed the incident online.

“It’s nauseating and whoever is responsible for this should be prosecuted to the fullest degree,” one member said.

“This is beyond disgusting and horrible,” another member replied. “It is so sad to see such incidents happened again in our community.”

“…this is a horrific reminder that hatred and anti-Semitism are alive and well even in our own backyards, and we must ALL speak out in no uncertain terms that we reject it at every opportunity and in every corner of our community,” state Sen. Anna Kaplan (D-Great Neck) said in December.

PAL Executive Director Rob Elkins said that the vandals found a can of red spray paint in the clubhouse and sprayed swastikas “all over the inside of the building, on-field equipment, on balls and bats, on the bathroom walls, on our tractor, and on the front door to the building.”

“Threatening a group of people based on their religion, race, ethnicity, or sexual orientation will not be tolerated,” North Hempstead Supervisor Judi Bosworth said in October. “Such actions are not only immoral, but they are criminal as well. We at the Town of North Hempstead will continue to promote messages of inclusivity, and we look forward to continuing to partner with the community in our advocacy efforts.”