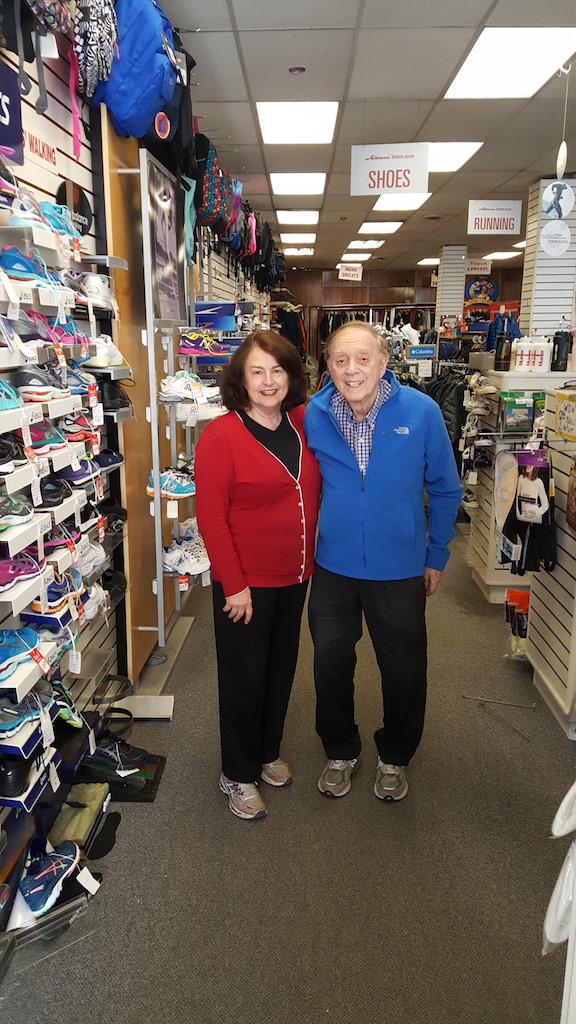 After 43 years servicing Great Neck and the surrounding area’s residents for their tennis and sporting goods needs, Tennis Junction is set to close at the end of next month.

Norman Lee, who owns the store at 43 Middle Neck Road with his wife, Rachel, said they recently bought a house in Florida and plan on retiring, thus needing to close the store.

Lee said they have had “wonderful years” serving the community and have been receiving well-wishes from customers who have heard they are closing.

“Now that they see were closing, people say to my wife ‘how can you be closing?” he said. “They understand that at some point, you need to retire and that’s what is really happening.”

Lee said Tennis Junction first opened in April 1974 in a storefront on North Station Plaza, about a year after he and his wife moved to Great Neck.

At the time, he said, he was manufacturing tennis clothing while Rachel was a teacher at the North Shore Hebrew Academy and at Temple Israel.

Lee said the accountant he had for his manufacturing business told him that Great Neck was a “hot bed” for tennis, so he should consider opening a tennis shop.

Previously, he said, he built and owned indoor tennis clubs across the Northeast region of the United States, which had “pro shops” within them.

When it came down to choosing a name for the business, Lee said some friends mentioned “Petticoat Junction,” a popular comedy television show on CBS. The name Tennis Junction was then picked.

He said while the store originally focused on just tennis equipment and clothing, a friend of his who was at the time president of Paragon Sports, a New York City-based sporting goods store, helped him broaden the store’s offerings to be a complete sporting goods store.

The store then began offering equipment and clothing for other sports including basketball, football and hockey, as well as camping gear.

“We built up our trade and customers. People were happy to be getting personal attention,” Lee said. “We took care of everybody and they liked the personal service.”

“A lot of the podiatrists in town send their patients here because they know I fit them properly for sneakers,” he added.

Lee attributed the business’ long-standing success to the personal attention he, his wife and his employees give to customers.

He said “word of mouth” was one of the biggest factors in Tennis Junction succeeding, with customers telling friends and family members about their positive experience at the store.

Although business was doing well for decades, Lee said the Internet and online shopping forced a change in the way it operated.

He said about 10 years ago, Tennis Junction began selling its products online. The store “couldn’t be here” if they did not begin selling products on the Internet, Lee said.

He said he had heard recently that Amazon accounted for more than half of total retail business in the country, which he said he “couldn’t believe.”

“It’s insane. What’s happening is in five or 10 years, there’s going to be hardly any brick-and-mortar stores around,” Lee said. “It’s really a shame because this is what the country was.”

Although the Internet forced him and his wife to change how they operated, he said they have been able to maintain their success.

He said aside from the business’ success, he has had many great experiences at the store, including Warner Bros. shooting scenes for the 2014 film “This Is Where I Leave You” in the store.

Lee said although he and his wife are buying a home in Florida, they will be keeping their home in Great Neck and intend on often being in the community.

He said he and his wife intend to spend time traveling once the store is officially closed, as well as continuing to play tennis.

Polar Plunge about giving back says G.N.’s Lipinsky
Next Article