The fading crosswalk at South Station Road in Great Neck

Some problems can be solved with a can of paint.

Walking across middle neck road this morning, I stepped into the crosswalk after seeing the walk signal flash.

A split second later, a delivery truck bearing Frito Lay logos cruised through the intersection, running a red light. He swung a left into the back alley of the shopping center on his way to deliver product to Best Market.

Looking across the road, I realized the white stripes of the crosswalk have faded to obscurity. They are barely visible.

This was the same intersection where Oren B was struck and killed in 2016.

I wish I could tell you this bad driving is an isolated incident. It is not.

Motorists blowing through crosswalks, stop signs and red lights is typical on my walk across Middle Neck road and South Station Plaza Road.

Business owners on Middle Neck road such as Mervyn Trappler of Rothchilds tell me they see the selfish, reckless, bad driving as well. And we know incidents of accidents, death and injury are accumulating, causing studies to flag downtown Great Neck as a dangerous place for pedestrians with Middle Neck Road identified as one of the 16 most dangerous roads in Nassau County.

Earlier in the week as I was crossing South Station Road, a delivery truck was stopped by the curb and the driver indicated he saw me, waving me to cross. I have learned to be a defensive walker.

It was fortunate that I peered around the truck and saw an older driver in a weathered red car trying to pass the truck and motor through the intersection. He only stopped when I glared at him and waved for him to stop. He apparently whined because the delivery driver rolled his window down and yelled at the driver.

“You gotta stop, Man! The crosswalk is for pedestrians.”

“Yeah! Some people don’t know how to drive in this town,” I yelled to the driver.

The driver puttered away shaking his head.

Meanwhile, the crosswalk at South Station Road is also fading.

On Oct. 7, my family and I ran in the marvelous 5K designed to raise awareness and funds for pedestrian safety and to honor those we have lost in this town by the absence of pedestrian safety.

The morning made us appreciate the sounds of birds, the smells of nature, the sights of joggers and walkers along the 5k route. I appreciated that politicians like Nassau County commissioner Laura Curran and Town of North Hempstead Supervisor Judi Bosworth showed up to say a few words. Words are nice.

But words need to be accompanied by action. And actions should involve finding county or township money to buy some cans of paint and paint the stripes on the crosswalks.

If the county can’t afford paint, local villages should volunteer to paint the crosswalk stripes. If they won’t do it, citizens should buy brushes and paint the stripes.

I have seen cars pull over at the same intersection to let an ambulance cruise through a red light. And then the driver of one car thought he could follow the ambulance through the red light.

Are motorists like this stupid? Or are they opportunists? Incompetent? Or incredibly selfish?

Families like mine are considering where to stay long term as we upgrade from apartments to houses. While Great Neck has good schools, has a good train line and proximity to New York, the pedestrian safety element downtown is a major league turnoff.

It presents the facade of a walkable place.

For the high taxes and police salaries in Nassau County and local villages, we deserve more. We deserve better policing of bad driving. We deserve enforcement cameras at dangerous intersections that mail tickets to incompetent drivers who speed or run red lights (and I say that as a motorist and pedestrian).

And will someone please paint the crosswalk stripes?

Paul Glader is a Great Neck resident and journalism professor at The King’s College in New York City. 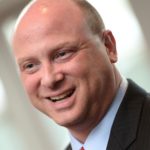