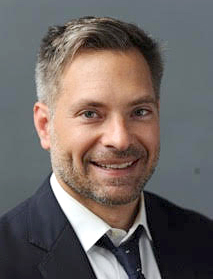 A Saturday morning in the Squirrel Hill neighborhood of Pittsburgh normally involves joggers on their way to Schenley Park, hipsters going for brunch and Jews walking to one of a dozen local synagogues. It was a place that represented American civility.

Now it further reveals the ugly new chapter of incivility.

I lived in Squirrel Hill in 2003-2004 while stationed in Pittsburgh as a reporter for The Wall Street Journal covering the global steel industry.

It was a neighborhood where my 20-something friends and I would meet at the Squirrel Cage on Tuesday nights to discuss music, film and books. Gentiles and Jews in Squirrel Hill enjoyed the same movie theaters, bowling alleys and bagel stores.

It was a neighborhood that seemed pleasant and safe for young people who attended the Yeshiva school next to my apartment building, the older people who lived on fixed incomes in the neighborhood and immigrants from India, China and Africa who come to study at nearby Carnegie Mellon University and the University of Pittsburgh.

So it was unfathomable on Saturday when a man whom police identified as Robert Bowers walked into the Tree of Life synagogue in Squirrel Hill, opened fire with an assault rifle and killed 11 elderly members and is said to have shouted “All Jews must die.” News reports showed us the profile of a hate-filled loner, spewing anti-Semitic thoughts and conspiracy theories online.

Pittsburgh Post-Gazette executive editor David Shribman lived three blocks away from Tree of Life. He explained in his column that Squirrel Hill is, “the spiritual center of Pittsburgh Judaism but also a vital landmark in the history of Jews in America, along with New York’s Lower East Side and Boston’s Blue Hill Avenue, one of the vital centers of Jewish identity since the beginning of the Industrial Revolution.”

Bari Weiss, an editorial page staff member at The New York Times who grew up in Squirrel Hill (and a former colleague of mine at the Journal), noted that Fred Rogers grew up three blocks from Tree of Life synagogue.

Steelers coach Mike Tomlin lives nine doors away. “Squirrel Hill functions like an urban shtetl,” she wrote in a column in the Times.

Bari’s father, Lou, is a carpet salesman in Pittsburgh who attended Tree of Life and knew some of the victims.

“What happened to our wonderful, close community Saturday has now become the business not only of Jews but of all civilized human beings,” he wrote an OpEd in The Wall Street Journal. “The heartbreak will never go away. The best way to honor the people who were murdered would be to emulate their decency and goodness.”

It seems clear the shooter was filled with hatred and anti-Semitism. Clearly, anti-Semitism is on the rise. And so, it seems, are gun attacks on houses of worship. And why are houses of worship frequently sharing the distinction with public schools as places where crazed gunmen go to unleash bullets in an attempt to wreak fear, death and sorrow?

Roughly a year ago on Nov. 5 of 2017, 26-year-old Devin Patrick Kelley walked into First Baptist Church in Sutherland Springs, Texas, shooting up the sanctuary and killing 26 people. A troubled young man, he was angry at his ex-wife and her family who attended the church.

Also in January of 2017, a gunman opened fire at a mosque at the Islamic Cultural Centre in Quebec City, killing six men attending prayers.

In June of 2015, a troubled young Dylann Roof marched into Emanuel AME Church in Charleston, S.C., and shot the pastor and eight worshippers while their heads were bowed in prayer during a Bible study.

Surely, some of these tragic events can be explained by mental illness, social isolation, a poorly-evolving digital era where algorithms serve up information pollution to social media feeds. Surely our current political trend toward nationalism is stoking the fire.

All of these factors and more seem to be reviving old, ugly strains of antisemitism, racism, scapegoating, violence and hatred for “the other.”

They are places of learning about sacred texts. They are places for joy, community and support for one another. Like schools, they are a place of refuge and progress for many. And the world religions, while differing in doctrines and beliefs, share some core principles: peace, forgiveness, toleration of others.

Lou Weiss’ words remind me of what the young Frenchman Alexis de Tocqueville said during his observational study of America in 1835. “The greatness of America lies not in being more enlightened than any other nation, but rather in her ability to repair her faults,” Tocqueville wrote.

Tocqueville was searching for insights from America that would help inform the democracy that would later take root in France.

He saw how religion leads democratic men and women away from narcissistic and materialistic tendencies that are part of more hierarchical societies. And he was right that religion and religious freedom are precious gifts in a democratic society as a source of moral wisdom and goodness.

And maybe that’s why places of worship, like schools, are under assault in America.

“Liberty cannot be established without morality,” Tocqueville wrote, “Nor morality without faith.”

Paul Glader is a professor of journalism at The King’s College in New York City. 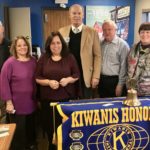 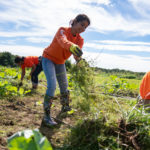