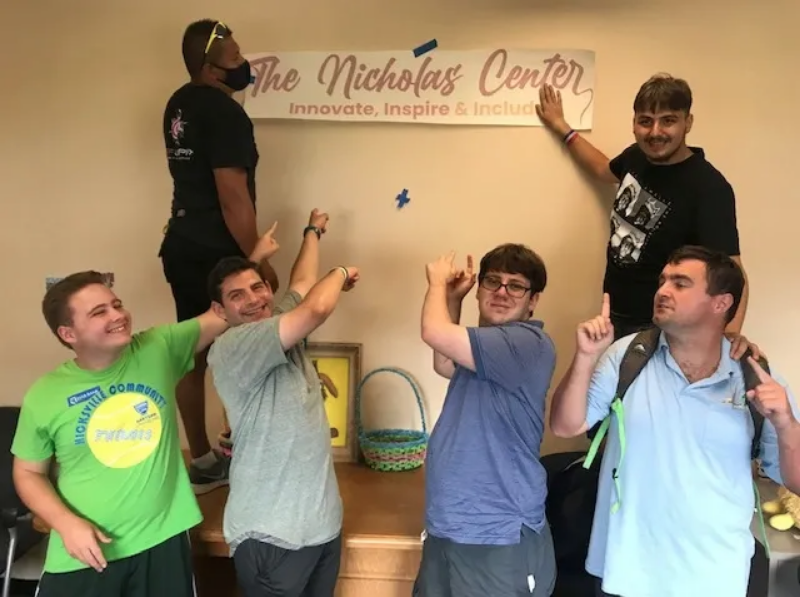 Over the past decade, Stella Spanakos went from a single mother trying to care for her son with autism to providing professional opportunities for others just like him.

In 2010, Spanakos and her husband, Paul Kitsos, were preparing for their son, Nicholas, to graduate from high school and prepare for real-world opportunities. On June 7, however, Kitsos died, leaving Spanakos to aid Nicholas on her own.

“In the midst of going around and seeing what professional opportunities were available for Nicholas after high school, I was just really disappointed with the options he had,” Spanakos said in an interview. “My son works so hard … and I just didn’t see any of these programs benefiting him.”

Before her husband’s death, Spanakos said, she had a vision for a place to help individuals like her son get the quality opportunities they deserve, while being able to develop skills needed for jobs in the right environment. Spanakos called her friend Nicole Sugrue along with Patrick Bardsley, who worked with Nicholas years earlier at summer camp, and began discussing the vision for the Nicholas Center.

“When school-based services end at age 21, families find themselves at a loss for what comes next …in terms of opportunity, support and employment,” Sugrue said. “We work with intention to support the individuals with whom we work, offering challenging and stimulating programming, while encouraging individuals to follow their passions and interests, hone social and vocational skills, and give them a chance to live fulfilling and robust lives.”

A year later, the trio officially opened the Nicholas Center in Port Washington, which was granted 501c (3) nonprofit status. Along with the center, Spanakos and her team opened Spectrum Designs, another nonprofit organization that provides individuals with autism an opportunity to create a wide variety of apparel.

The center offers training for individuals seeking improvement with a variety of skills needed in the workplace. While most individuals in the center may not be considered for competitive employment, the training aids them in benefiting from meaningful professional opportunities.

Since 2011, the center has provided 120 individuals support with their transition into adulthood after completing federally mandated education programs. More than 80 individuals with autism receive vocational training each year, and 30 individuals currently are gainfully employed.

“The statistics are daunting. The CDC estimates that 1 in 54 children have been identified with autism spectrum disorder,” Sugrue said. “The Nicholas Center has revolutionized continuing education and care for these exceptional adults – who face 80% under-engagement.”

Spanakos said the Nicholas Center has provided help to more than 100 businesses in the Port Washington area since opening in 2011. One of the joys of keeping “the kids,” as Spanakos refers to them, in the area is the familiarity they have with other business owners and members of the community, she said.

“I wanted it to be something where they were in the community, in secure surroundings, and be seen as the valuable citizens that they are,” Spanakos said.

The community support, Spanakos said, has also been monumental for the center and the individuals it serves. Whether it is walking in the Pride in Port parade or just stopping by businesses up and down Main Street, every person throughout the organization feels how much the rest of Port Washington cares about them.

“To see these kids march around the town like they own it and know what they do is so important is priceless,” Spanakos said. “To see all the officials, organizations, businesses and chambers of commerce wanting to be a part of our community and support us is more than I ever thought possible.”

After using Zoom to navigate throughout the coronavirus pandemic, the Nicholas Center is primed to overcoming any obstacles it may encounter in aiding individuals with autism, and more people are learning its name.

In August, Gov. Kathy Hochul visited the center, touting the work of Spanakos and her team. Spanakos said she looks forward to working with Hochul to expand workforce development across the state, saying, “Never underestimate a mom on a mission.”

As the center prepares to expand its reach into Westchester, Spanakos said she looks forward to serving more communities for years to come. 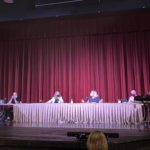 A Look On The Lighter Side: It’s Still My Flag