For the first time ever, Broadway theaters are dark. Hopefully, in a few short weeks, the current pandemic will ease and theaters will reopen and the spring 2020 season will resume. Then audiences will wonder which shows are worth seeing.

Director Ivo Van Hove has made his reputation reimagining American plays such as “A View from the Bridge,” “The Crucible,” and “Network.” Now he has brought his considerable talents to a classic American musical, “West Side Story.”

Van Hove uses large video screens throughout the entire show; however, the use of Luke Halls’ video design detracts from the heart of the show.

Often, the huge images projected above the stage take attention away from the performances, even as the cameras are showing the performers themselves.

My colleague suggested that this director specializes in rage. Perhaps that is true, and it is apparent in songs like “Gee, Officer Krupke.”

Originally it was an ironically playful song. Now it becomes tinged with realism when the Jets sing and we see images of young men being accosted and arrested by police officers.

Hove has moved songs around and eliminated others. The classic number, “I Feel Pretty,” is no longer part of the show but, quite frankly, it doesn’t matter. His biggest change is the overuse and perhaps abuse of the video. When the gang members first enter, they stand onstage gazing at the audience. As they stand, the screen flashes images of their faces above – huge images.

In later scenes when the dancers are working very hard to “rumble,” the audience can’t decide whether to watch the screens or the dancers below them. When the young lovers embrace, they lie on the floor of the stage and kiss.

Suddenly a huge blow up of Tony’s face appears onscreen, including his sweat, microphone and all. Recently I was at a concert at the Prudential Center. Although our seats were fairly good, sometimes we needed to watch the screens above Celine Dion in order to clearly see her face. In “West Side Story,” the magnification is unnecessary and is, in fact, a distraction.

Later there are ‘interior’ shots of Doc’s store and the dressmaking store where Anita and Maria work. The stores are set way back so that it is very difficult to see the actors. Other times the performers seem to go inside, so it’s totally impossible to see the actual performers, and we are forced to watch the screens.

Onstage the show is filled with talent. Tony, performed by Isaac Powell, and Maria, played by Shereen Pimentel, are wonderful together. Their voices blend and they have chemistry. Pimentel’s soprano is glorious.

As Anita, Yesenia Ayala is that rare combination – a dancer who can sing well too. Playing Bernardo, the leader of The Sharks, Amar Ramasar is an extraordinary dancer but his beautifully- executed moves get lost on the screens.

Van Hove’s vison of the beloved musical has aroused mixed feelings and reviews. Older viewers, perhaps entrenched in their memories of the show, resent the interpretation while younger viewers, not as fiercely loyal, find it exciting. Personally, I find it disjointing.

Hopefully, theaters will open again soon and audiences will be looking to be entertained. In the meantime, many of us will spend time with Amazon and Netflix watching films.

One of my friends recently spent a lot of money on tickets for “West Side Story” and complained that she felt as if she was watching a movie half the time. Why spend this much money for a movie, she wondered? She may have a point. 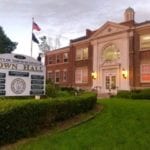 Town postpones ExteNet hearing due to coronavirus concerns
Next Article 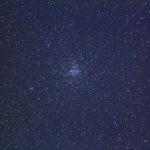