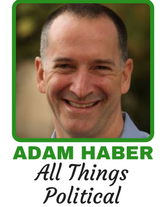 Several years ago, I was traveling on business in the Guangdong Province of southeastern China.

It was prudent to have a local guide to show you around the area, as it wasn’t safe.

Being my normal inquisitive self, I fired questions in rapid succession.

However, my guide refrained from answering because he was never sure who was listening. Getting people to open up in a communist country is often a challenge.

When we passed a hospital I inquired about health care. “Do Chinese residents have medical coverage if they get sick?”

The response, “Of course, if you have money.” I further inquired, “If you don’t have money what happens? Is there a system like Medicaid or Medicare to protect the poor and elderly?”

My guide lowered his voice and his face tightened. “No, you die in the street like a dog.”

Someone I know quite well discovered he had lymphoma. Thankfully modern treatments for this type of lymphoma avoid radiation or chemotherapy and use a state of the art drug called Rituximab, which is sold under the brand name Rituxan.

The patient had no concerns of cost because he had a high-end health insurance policy.

The total cost for his 16 treatments was north of $1 million.

What would have happened if the patient didn’t have health insurance? Would he have lost precious time seeking discounts on the drug that probably would still bankrupt the average American?

Would time wasted in seeking a more affordable treatment have caused the cancer to spread?

I did a quick Internet search on the cost of Rituxan in other countries.

Australians paid a bit over $3,000 for the same medicine.

How can these huge price differences exist?

The cost discrepancy for Americans who need Rituxan versus other industrialized nations should be the sound bite as to why health-care costs are so high in the United States.

President Trump is in the process of trying to fix the Affordable Care Act, also known as Obamacare.

Current solutions he has put forth leave millions of Americans, many of his base voters, underinsured, or without health insurance altogether.

His plan for tax credits based on age is ridiculous. The tax credits don’t cover the cost of premiums as Obamacare now does.

Many Americans live paycheck to paycheck and can’t afford their current high deductibles.

Trump’s new plan hurts those who can least afford it, the poor.

The way to fix the cost of health care is to address the business side of the equation, starting with a push on the pricing of prescription drugs.

American consumers would benefit from being allowed to purchase pharmaceuticals from other countries, like Canada.

This global form of marketplace competition would foster transparency in the pricing of health services at home, and would drive prices down.

This idea might have been realized this past January, but the Senate refused to pass an amendment allowing importation of drugs from Canada.

I firmly believe our country needs to view health care through the same lens it views education, as a basic human right, not a privilege, whether you can afford it or not.

Whatever the final solution, President Trump must address the insane cost of medication in this country.

Without affordable access to health care, disadvantaged Americans will certainly die “like dogs in the street,” just as they do in China.

A Look on the Lighter Side: The four laws of bicker dynamics