661 Northern Boulevard, once home to steakhouses, will now be the site of Biener Audi's expansion. (Photo rendering from BEB Capital)

The Village of Thomaston Board of Trustees granted extensions last week to Tower Ford and 661 Northern Associates LLC for filing declarations necessary to start two projects.

According to the village resolution, the village approved an application from Spartan Petroleum Corp. and Tower Ford Inc. for an incentive zoning use permit to erect a facility at 655 Northern Blvd. on Dec. 17, 2017. It will be used for auto sales.

While it filed a Declaration of Covenants and Restrictions in a timely manner, Tower Ford Inc. changed its name to Great Neck Ford LLC, doing business as Tower Ford, and that required a new declaration to be filed, Mayor Steven Weinberg said.

661 Northern Associates LLC, which will be turning 661 Northern Blvd. into a Biener Audi expansion where used cars are sold, was also granted an extension.

“That was very minor,” Weinberg said, noting there are no “material changes” to either group’s plans.

But it was significant to the village, he said, because of state environmental review regulations, ensuring the village gets paid and other factors.

In other business, trustees approved budget modifications where surplus funds were reallocated to areas where there were deficits.

“There is no net change,” Weinberg said.

Additionally, the village sold a 2011 Ford Explorer for $7,025 and made a $52,789 payment to the New York State and Local Retirement System to “take advantage of the early payment discount,” according to the resolutions. 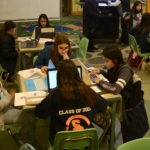 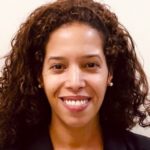