The Main Library could be seeing a few thousand more books after the installation of new shelving. (Photo by Janelle Clausen)

The Great Neck Library Board of Trustees set the stage for making thousands more books readily available to patrons last week, approving the purchase of nearly $38,000 worth of shelving and joining a subscription service that would allow librarians to get books from other systems nationally.

Critics have spoken about a shortage of shelving and books following the two-year renovation of the Main Library in fall 2016, saying tens of thousands of books were discarded or are no longer on the shelves.

“The pervasive paucity of shelving throughout the newly renovated library building became apparent as soon as Main reopened at the end of 2016,” Rebecca Gilliar, who worked to save over 10,000 books set to be discarded after the renovation, said on Tuesday. “The new library director, hired a few months ago, now has to tackle problems from the past as she encounters them.”

A FOIA request sent by email on Tuesday for documents pertaining to the number of books in circulation, in storage and discarded at the Main Library between 2013 and 2018 did not bring an immediate response.

New York State Library data, with its most recent available statistics dated 2016, suggests an overall drop in circulation and books throughout the Great Neck Library system.

At those meetings, Corcoran said the library doesn’t yet have the entire children’s collection on the shelves and that by adding 21 sections of special shelving, worth $8,852.38, librarians could bring out the “Easy Reader” collection, offer more nonfiction books and add books available in 10 other languages – a boost from the current three.

“We’re looking at between 2,800 and 3,000 books that we’d be able to get out in the children’s area with that shelving,” Corcoran said.

Additionally, Corcoran noted that the art books – “the majority of them are oversized and very heavy books” – are on inappropriate shelving where they stick out and currently present a danger.

Consequently, by adding more size-appropriate shelving along a staircase with additional movable shelving in the gallery area near the display cases, Corcoran said it would alleviate risks and allow for a greater number of books to come out.

“Once we move the art books to that area, we’d be able to get 2,400 books in the area that we put the art books now upstairs,” Corcoran said.

Officials said the shelving is all in one $37,868.14 proposal and that it will match the current shelving in design because the company, Creative Library Concepts, supplied the previous shelving in the Main Library.

Gilliar said this effort represents the start of something larger.

“The shelving is emblematic of the director’s beginning to take charge of the Great Neck Library’s need to be rejuvenated,” Gilliar said.

In other news related to the Main Library, trustees approved wetlands mapping and geotechnical investigation services for the landscaping project, which aims to beautify the area around the renovated library.

Additionally, trustees also approved a subscription to OCLC WorldShare ILL, or Interlibrary Loan, a cooperative service that could allow librarians to retrieve media from other library systems.

“This is for books that are not available in Nassau and Suffolk County, so it gives us access to books that are available nationally,” Great Neck Library Board President Robert Schaufeld said.

Trustees also renewed the lease for the Parkville branch library, located at 10 Campbell St. in New Hyde Park, and approved a final renovation plan for the site.

MDA designgroup, an architectural planning firm, was hired in November to envision a redesign of the Parkville and Station branches for $65,000 and $50,000, respectively.

Trustees also appointed Chelsea Sassouni to fill a board vacancy, a position she will fill until 2019, when her seat will be up for election.

Sassouni, 28, was selected to fill a slot left empty by the departure of Francine Ferrante Krupski, who had served on the library board for six years. In that position, she will also be a member of four library committees: fundraising, long-range planning, policy and bylaws and technology.

Krupski was elected to two four-year terms, but resigned halfway through the second term because she was travelling to Florida for three months and wanted to spend more time with her grandchildren. 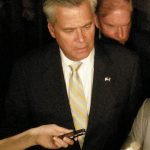 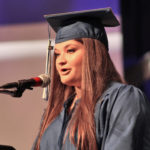