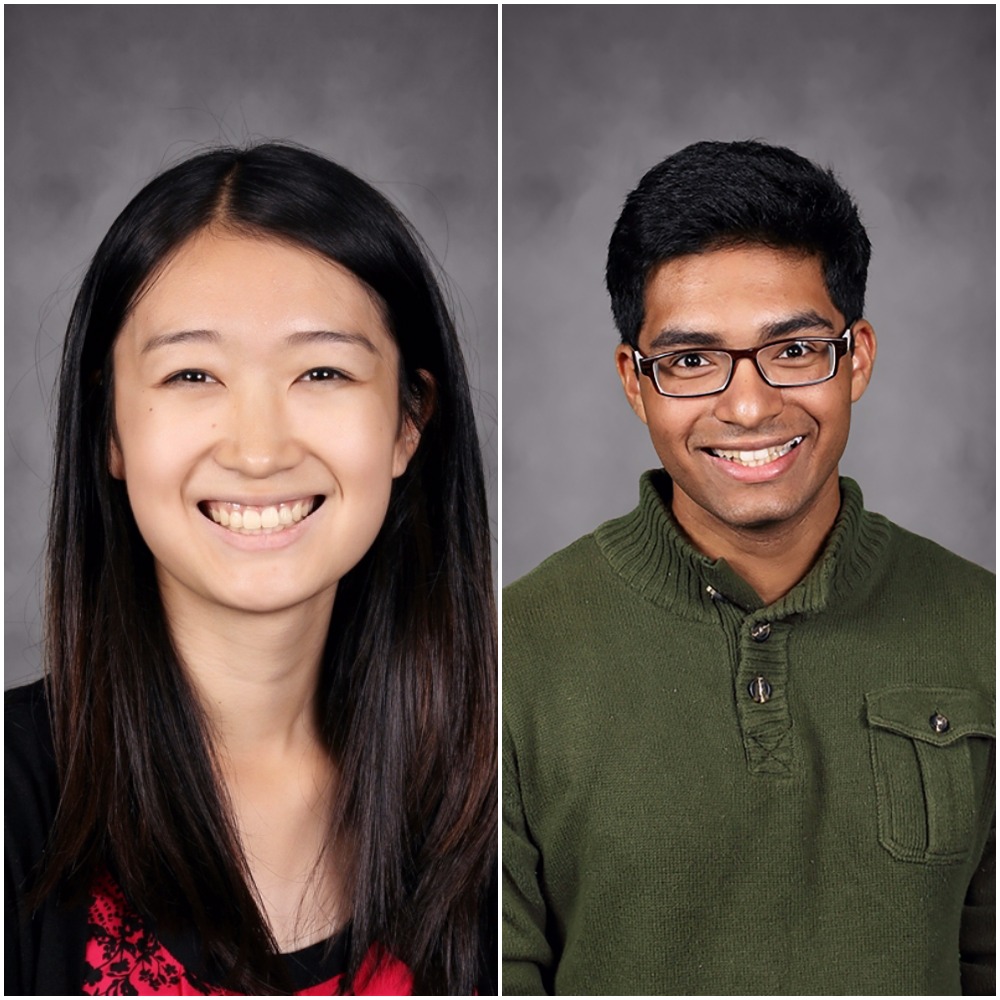 They’re set to cross the stage this weekend bound for colleges stretching from Tennessee to Ithaca after high school careers replete with accomplishments.

In their high school years, they said, they’ve learned lessons about time management, empathy and perseverance.

“Throughout the course of high school, I learned the need to accept failure,” Rena Fukuda, the New Hyde Park Memorial High School valedictorian, said in a written response to questions. “Having success does not mean much if you are unprepared for failure, which is  a constant throughout all paths in life.”

Fukuda is heading to Hofstra University in the fall to study biomedical engineering.

The students, both 18, have been involved in Science Olympiad and National Honor Society, among many other clubs and activities.

Both students said their biggest challenge in high school was finding their social niches. But they also said they appreciate the diversity that makes New Hyde Park Memorial unique.

“It really gives life to the whole atmosphere of the school,” Kooran said in a written response to questions.

The salutatorian, Aideen Gill, is heading to the University of South Carolina Honors College in Columbia, S.C., to study biomedical engineering.

The students, both 18, are varsity athletes — Gill has been the captain of the girls soccer, basketball and lacrosse teams, while deArmas played on the boys soccer team. They have also participated in Boys State and Girls State, programs run by the American Legion and its women’s auxiliary in which students learn about the structures of government.

As student athletes with busy schedules, deArmas and Gill said time management has been one of high school’s most valuable lessons.

“It is of course important to do as well as you can academically, but your time in high school really flies by, so make sure you also spend time doing things you love,” Gill wrote in her written response.

DeArmas said all of Floral Park Memorial’s student body, including the sports teams, is closely knit.

“The friendships I made with students in my grade and teammates on the field are truly what made high school unique,” he said in his written response.

She has been a co-captain of the varsity girls volleyball team, president of the National Honor Society and co-president of the Students Against Destructive Decisions club.

Hernandez said high school has taught her to be more outgoing, leading her to teach a physics class for a day.

Like Fukuda and Kooran, Hernandez said Sewanhaka’s diversity makes it a special place.

“I believe this diversity cultivates and fosters growth, as each student absorbs other perspectives that are influenced by varying cultures,” she said in her written response.

The Sewanhaka High School valedictorian, Mohammad Samroz, did not send a written response to questions.