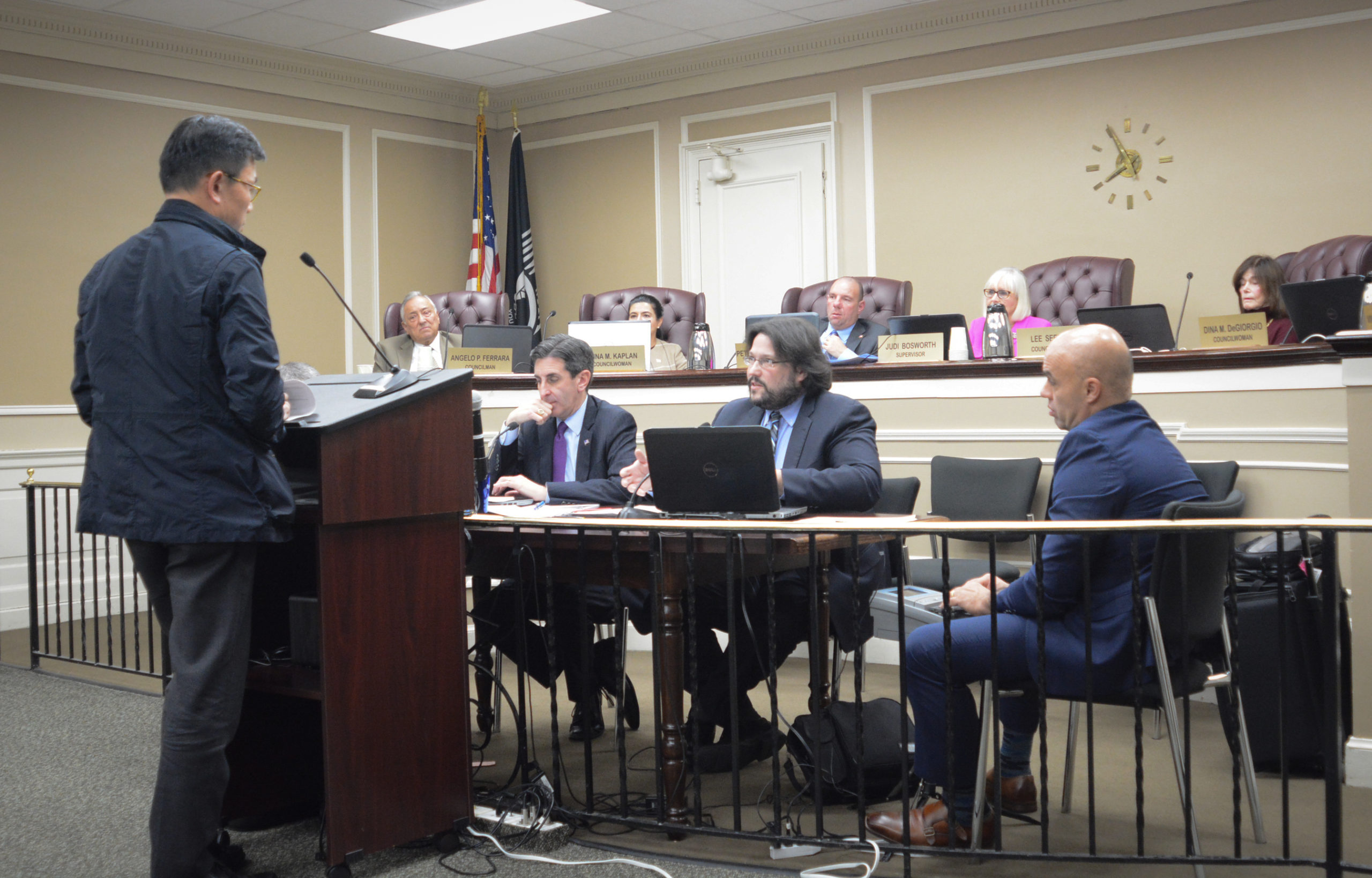 William Wang, who lives in Munsey Park, was one of many residents who expressed support for the proposals. (Photo by Janelle Clausen)

The Town of North Hempstead passed a law banning medical marijuana dispensaries from operating as retail stores at a crowded meeting on Tuesday night, the first of a trio of laws intended to control marijuana sales in the town.

Town officials said they are not against medical marijuana, understand the need for it and that this will not ban it.

Rather, they said, the laws aim to prevent dispensaries from clustering in their town and come in response to both public concerns and public statements from companies suggesting they want to “mainstream” marijuana.

“We’re in this together,” Town Supervisor Judi Bosworth said. “We’re listening to our residents, we heard the comments that you have made, we’re going to continue to fight for what’s in the best interest of our community and the future of our town.”

The board adjourned a public hearing for a second law, which would amend the zoning code to limit how marijuana dispensaries can be in the town and where to Dec. 18 because it must first be reviewed by the Nassau County Planning Commission under state law.

According to the proposal, dispensaries could only be located in the industrial districts or hospital zones and cannot be within 1,000 feet of schools, day care centers and places of worship or 500 feet of a town residential district.

Only two dispensaries could be within the town, according to the legislation, and they would also have to be in a building with at least one medical office and have a permit issued by the New York State Department of Health.

The law also has advertising regulations, restricts consumption of marijuana beyond medical purposes, and states nobody under age 18 is allowed inside unless they are a patient, caregiver, or accompanied by a parent or guardian.

Kathleen Deegan Dickson, a partner with Forchelli Deegan Terrana Law representing MedMen, which sought to relocate its Lake Success dispensary to Manhasset, and Curaleaf, slated to open a medical marijuana dispensary in Carle Place this fall, said she understands the town has good intentions.

But, Dickson said, she believes the laws are too restrictive – making conformity very difficult – and would have an effect of stigmatizing medical marijuana while going against state law.

Dickson also noted that the town does not offer the same restrictions for liquor stores and pharmacies.

“While I believe your intentions are good, the result will be to limit and stigmatize access to a valuable treatment for very sick people,” Dickson said. “I believe this is a fear-based and reactive piece of legislation and those are always bad pieces of legislation.”

A handful of people agreed with Dickson, finding portions of the law “arbitrary” and called on people to “stop demonizing a drug.”

Most, however, expressed support for the proposed regulations and applauded the board’s efforts.

Town Councilwoman Viviana Russell, who represents New Cassel, Carle Place and the villages of Westbury and Old Westbury, said Nassau is slated to have four facilities and that they shouldn’t be clustered in North Hempstead.

Russell also said she must “vote with the people,” as several residents expressed they do not want more facilities in the town.

Council members also voted to adjourn a public hearing date for a law to ban selling recreational marijuana in the town from Dec. 18 to Jan. 8 because a proposal has not yet gone out to the Nassau County Planning Commission. 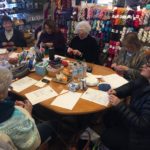 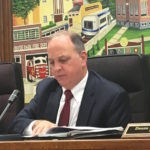