I write in response to the Dec. 4 letter from Matthew Zeidman of New Hyde Park, “Town Fails Moral Test on Medical Marijuana Use,” in which he chastised the North Hempstead Town Board for passing an amendment to the town code that would prohibit the sale of medical and recreational marijuana at the same location.
He also condemned another code amendment that the board is set to consider on Dec. 18. This amendment would require, among other things, that a medical marijuana dispensary be located in a building that also had at least one medical office.
Mr. Zeidman correctly points out that no such restriction on pharmacies’ locations exists, yet pharmacies sell highly addictive substances that have led to addiction, despair and death — unlike marijuana.
He writes: “We don’t insist that patients or caregivers filling opioid prescriptions do so in a ‘medical’ setting. They can walk into any CVS or Rite Aid and fill their prescriptions. Why should only medical marijuana patients or caregivers be singled out in this way?”
This, along with several other carefully considered and well-expressed points, make clear that advocates for these regulations are operating out of fear rather than knowledge and compassion. Along with Mr. Zeidman, I urge the board to reject this proposed code amendment. It is unfair and wrong.
Barbara Selvin
Port Washington 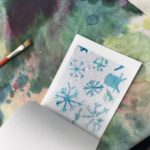