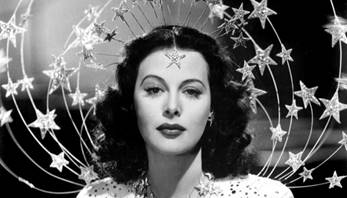 Two headline films that are part of the 2017 Gold Coast International Film Festival will hit local theaters this soon, and both portray inspiring individuals who made unique contributions to the world of science.

On Thursday, Nov. 9 at 7:30 p.m., at the Great Neck Squire Theater, the Gold Coast International Film Festival is hosting the Long Island premiere of “Bombshell: The Hedy Lamarr Story” (2017), a fascinating and true account about the late screen legend and Austrian Jewish émigré who many critics, and fans alike, regard as the most beautiful woman ever to appear in films.

Unbeknownst to many, Lamarr was also a brilliant inventor who developed a secret communication system that helped the Allied forces defeat the Nazis in World War II, but sadly, her arresting good looks stood in the way of her gaining the proper recognition she deserved.

A Q&A follows the premiere with director Alexandra Dean and Dr. Christine Metz, past president of Advancing Women in Science and Medicine and professor at the Feinstein Institute for Medical Research and the Zucker School of Medicine at Hofstra/Northwell.

Also on the Q&A panel is Fleming Meeks, who served as an advisor and appeared on camera in “Bombshell.” Meek’s extensive recorded interviews with Lamarr, conducted for a 1990 article in Forbes, served as the backbone of the award-winning documentary and will provide an in-depth insight into this intriguing historical figure. 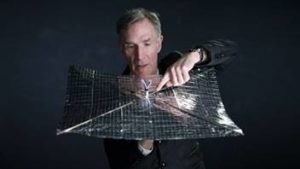 The screening on Saturday, Nov. 11 at 7:30 p.m. at Soundview Cinemas in Port Washington is the Long Island premiere of “Bill Nye: Science Guy” (2017), an exclusive, behind-the-scenes film that follows the often provocative, bow-tie-sporting “Science Guy” on his journey to change the world with science.

Here, we follow the effortlessly charming, yet thought-provoking Nye, who rationally and analytically advocates on the side of science in an age when climate-change and evolution deniers often have higher profiles, and louder voices.

In the film, Nye examines ice cores and rapidly retreating glaciers, tours “troubling” biblical theme parks, and visits a convention of science teachers, where he can barely take two steps without a request for a selfie.

Filmmakers David Alvarado and Jason Sussberg capture candid moments with a man who admits that fame has likely changed him, but who unquestionably strives, on a daily basis, to make the world a better place through science advocacy and education.

The Great Neck Squire Theater is located at 115 Middle Neck Road in Great Neck, and Soundview Cinemas is at 7 Soundview Market Place in Port Washington.

For more information and tickets to all of the Gold Coast Film Festival screenings and events, go to www.goldcoastfilmfestival.org. 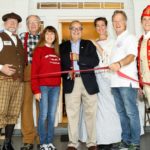