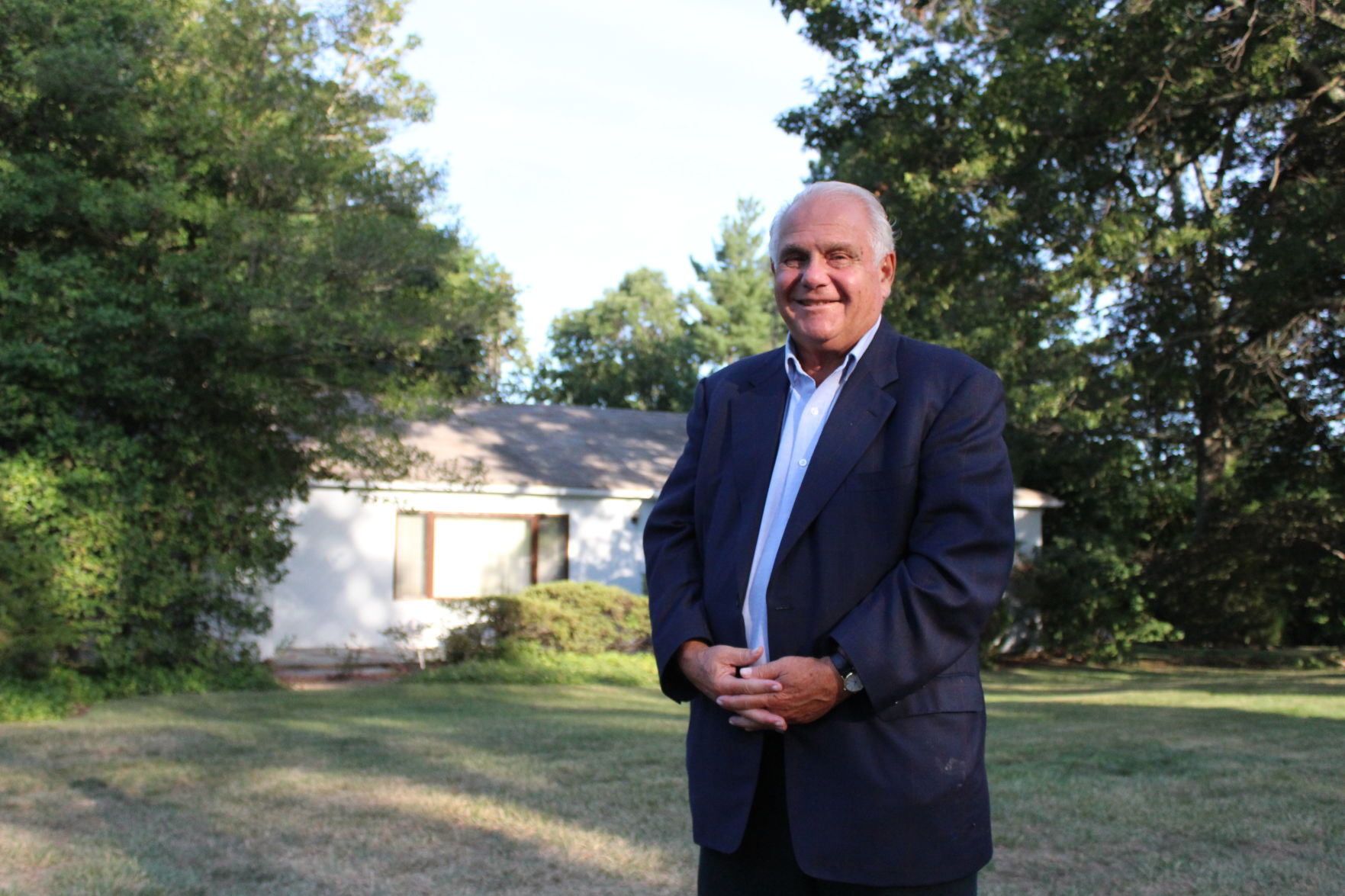 As the Van Wyck Expressway approaches John F. Kennedy Airport from the north, there’s a curious sign directing traffic to the “JFK Dentist.”

Dr. Robert Trager, dentist and East Hills resident for nearly 30 years, had the sign installed to inform travelers of his full-time dental practice at one of the world’s busiest plane hubs.

Even though it might seem like an unusual service for an airport, Trager’s “Smile-High Club” has fixed the chipped teeth and broken crowns of numerous passengers in a pinch.

“It’s fascinating being a dentist in an airport because you see everything,” he said.

Trager, 76, also has a practice in LaGuardia Airport, and said he’s had enough experiences doing his job he could write a book. He sees himself as the local dentist to a small city, tending to the teeth of many of JFK Airport’s 37,000 workers, he said.

He’s had Europe-bound travelers sitting through a four-hour layover decide to come in for a teeth cleaning, he said.

He recalled a woman who stopped by in the knick of time to fix a cracked tooth before her flight to Israel.

The dental office isn’t just an added convenience for travelers, but in some cases a medical necessity, Trager said.

“We try to tell people to not fly if you have a cavity or a tooth with an opening,” he said. “It’s called aerodontalgia — pain in your tooth area because of the pressure difference.”

Dental services at JFK have existed since the 1950s, and he first encountered the practice in the 1985 when he was advertising for his first practice on Farmers Boulevard in Hollis, Queens.

Security was more lax then, and Trager walked through the terminals and tarmac handing out fliers to promote business, he said. He ran into one of his patients, an airport employee, who suggested he buy the on-site practice.

Trager made an offer, and he became the new resident dentist at JFK International.

At the time the practice was only open part time in a far-off building at the airport complex. Trager made it full time, and suggested to the head of airport properties,  one of his patients,  moving the office to the central terminal building.

He continued to circulate fliers and pass out business cards to spread notice about his office, building up a clientele of airport workers and travelers.

Trager said he met a host of different people who walked through his doors, including his wife, Bonnye.

“In 1989, I guess she was working at the ticket counter, and there was a door that swung in instead of out. Somebody smacked her in the face and she chipped a tooth,” Trager said.

She hurriedly began searching for a dentist, and after finding an ad in the Yellow Pages for Trager’s practice, she saw she didn’t need to go far.

When Bonnye came into his office, Trager said she immediately caught his eye.

“She was just so different than the typical patient,” he said. “It started a romance.”

She soon retired from the airlines, and began working in her husband’s office, where she still works today.

After the World Trade Center bombing in 1993, security tightened, and Trager started helping the airport in a different way.

People immigrating from other countries by air would seek asylum by claiming they were minors. If they were of adult age they would be deported, so slightly over-age individuals would play young for the chance to stay in the country.

The Port Authority approached Trager, asking if there was a way he could determine age by looking at someone’s teeth. Upon researching, he found that examining wisdom teeth would be inaccurate because they can move into place anywhere from ages 17 to 21. But he could use his X-ray machine to view wrist bones, which don’t fuse until after the age of 18.

He recalled one day when two young women from the Dominican Republic were brought in claiming they were minors. He sat one down to take her X-ray.

“One had a teddy bear. I thought, something is very strange,” Trager said. “She looked up at me and said, ‘Doctor, you have the most beautiful blue eyes.’”

After examining her wrist with the X-ray machine he responded, “Conchita, you have the most beautiful 20-year-old hands.”

By the time the millennium approached, JFK was to undergo renovations,  including replacing the central terminal building.

Trager’s office was going to be placed after the security checkpoint in the new layout, but he feared he would lose business from walk-in patients. As an alternative, he opened shop in an empty office outside the terminal, in Port Authority’s Building 14, where he works today.

He had a hard time promoting business like he did in previous years, and that’s when he suggested that airport officials add his practice to an exit sign on the Van Wyck.

“It’s made me try to understand the various cultures and backgrounds of people that come to me,” he said.

He’s picked up different languages over the years, something he tries to use with non-native patients to make them comfortable.

“The fact that you can say something in their language, just a hello or a thank you, that they appreciate,” he said.