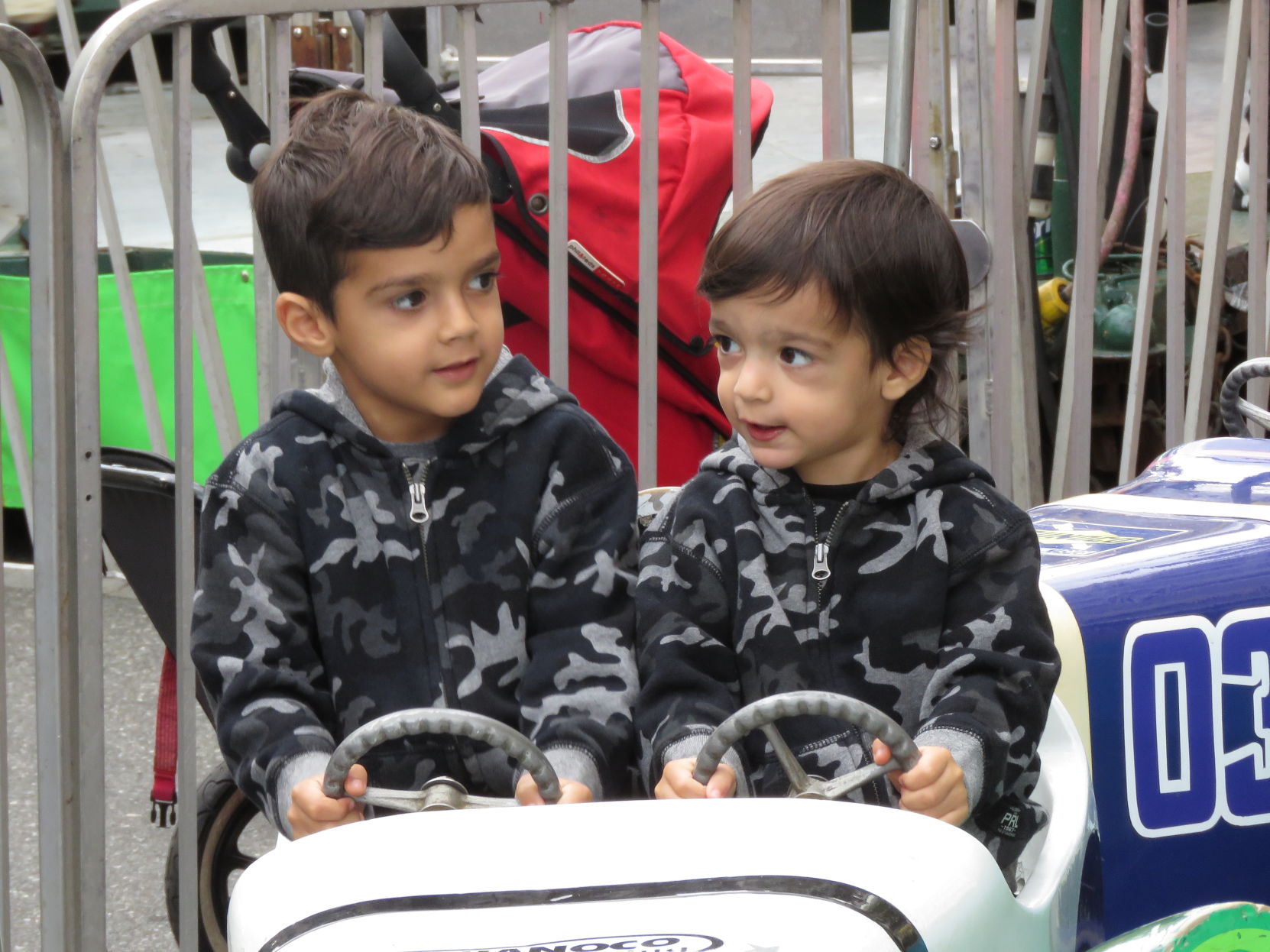 Myriad  classic cars and motorcycles decorated Middle Neck Road on Sunday for the Great Neck Plaza Business Improvement District’s 32nd annual AutoFest and Street Festival.
Jay Corn, the district’s vice president and events committee chairman, said he thought the event was “excellent” and the wide array of classic and vintage vehicles brought in a lot of people from surrounding communities.
“When you have an outdoor event you keep your fingers crossed for good weather and we certainly got good weather,” Corn said. “We had a nice mixture of cars and brought in new vehicles never seen before.”
This year’s main attractions were cars and motorcycles from BMW expert Peter Nettesheim’s personal collection.
Nettesheim is known  for his BMW collection and keeps his models in the Nettesheim Museum in Huntington, a private museum where those interested can visit on a prearranged basis.
He said he owns every motorcycle produced by BMW from 1923 to 1970, including the BMW R32, which is the first motorcycle made by the company and was featured at the AutoFest.
Corn said that those who attended the street festival to see Nettesheim’s collection said it was “jaw-dropping.”
“The people that came to see him were extremely happy,” he said. “The knowledge that he gave out to the people who were aficionados was really appreciated.”
The Meade Brothers Band performed on the festival’s center stage.
Great Neck Plaza Mayor Jean Celender joined the band on stage and performed a few songs for the festival goers.
Nina Et Cetera and the Banjo Rascals also performed at the street festival.
Corn said he got “a lot of nice comments” about all three bands.
One of the BID’s major accomplishments from the AutoFest, he said, was that a lot of people came from other areas, thus exposing them to the restaurants and businesses that Great Neck has to offer.  No estimate of festival attendance was available.
Children got to experience a number of carnival-style games, amusement rides, pony rides and a petting zoo.
Corn said that going forward, the BID will be looking to implement more types of attractions.
If next year’s street festival ends up falling in mid-October again, he said, there is an interest in having more Halloween or autumn-themed attractions such as pumpkin carving and other events.
This year’s AutoFest was sponsored by United Capital Corporation, a real estate agency in Great Neck.
Corn said that the street festival has become an event that many look forward to attending year after year.
“It’s become a real tradition in Great Neck,” he said. “People look forward to it and they want to know when the next one is going to be because the dates fluctuate.’’