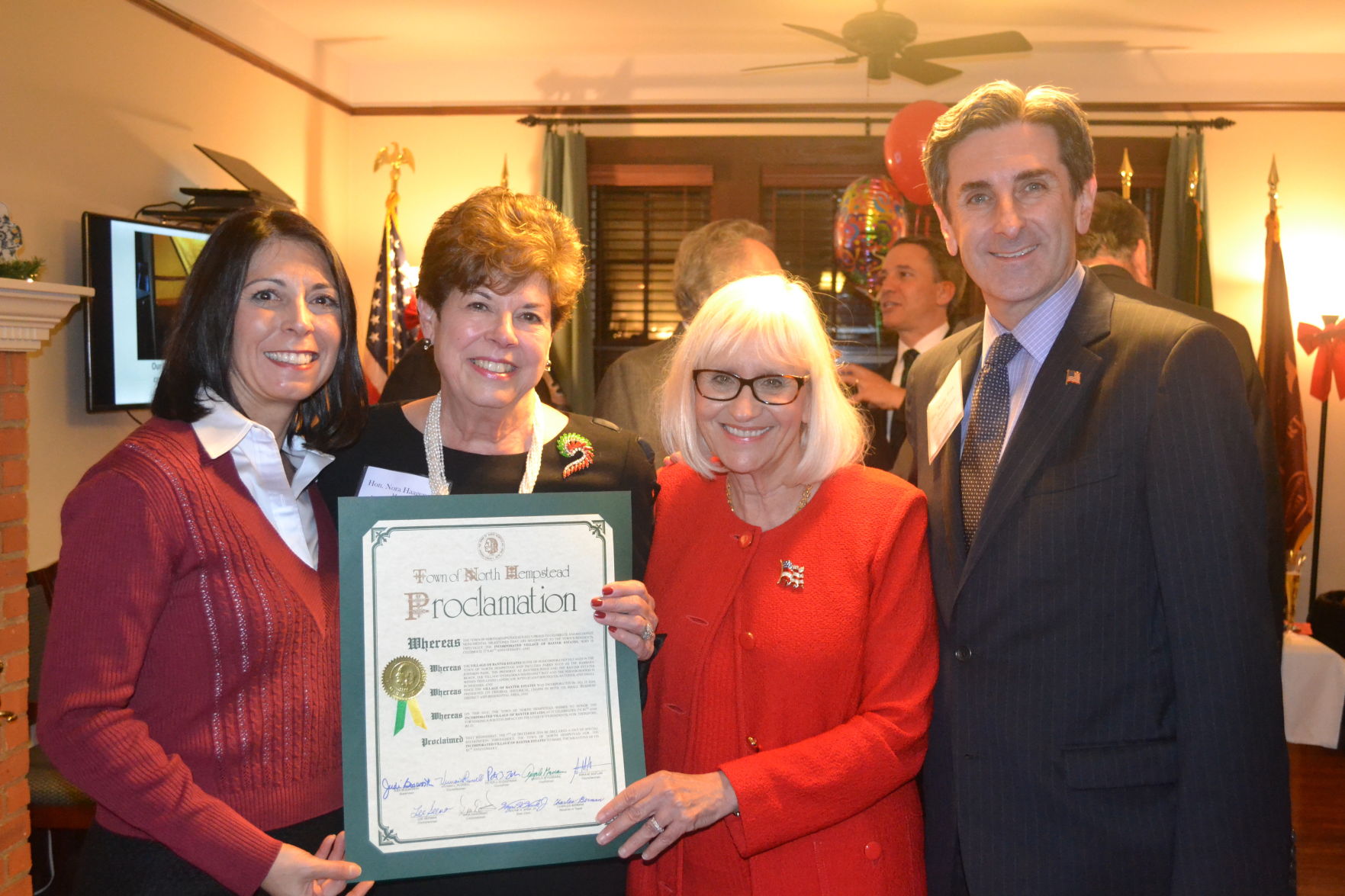 In 1931, 39 residents went to the polls to save their village, voting to incorporate Baxter Estates rather than having it absorbed by Manorhaven.

Eighty-five years later, the village remains incorporated and its residents are still proud of their village, coming out to celebrate its anniversary last Wednesday.

“I’m so grateful we live in such a wonderful village,” Mayor Nora Haagenson said. “This really is the best to raise kids and live with your family.”

Joined by officials from the Town of North Hempstead, Nassau County, the state and surrounding villages, Haagenson rang in the anniversary by celebrating with the village’s residents.

“It’s just the perfect place,” Brody said. “It’s a really nice, quiet, quaint and beautiful place to raise kids and live with your family. There isn’t a street that isn’t nice, and I love living on my block. Out of all of the places in Port Washington to live — and there are a lot of communities — I wouldn’t want to live anywhere else. It’s that simple. This is a great place.”

Kathey Coley, a resident of 33 years, said she loves Baxter Estates because “everything is so beautiful and everyone is so nice.”

“It has beautiful streets, beautiful trees, beautiful houses,” she said. “We’re all really lucky to be in a village this nice. It’s the best village, and Port Washington really is the best town.”

Elizabeth Kase, the village justice and a resident for over 10 years, said Baxter Estates is “filled with caring, thoughtful people.”

“It’s a fabulous place to live and it is rich in history,” she said. “It’s nice that the history of the village is being told to people, because it really is incredible.”

As residents snacked, politicians presented Haagenson with proclamations congratulating her and the village on its 85-year mark.

Baxter Estates has about 300 homes and 1,000 residents, Steve Howley, the village historian said.

The village extends as far north as Mill Pond, as far south as Main Street. It goes from about Manhasset Bay on the eastern side of the village to about west toward Hillside Avenue.

During the presentation, Haagenson, the 14th mayor and first female mayor, reflected on the village’s history, telling the origin story.

She said the area was going to be absorbed by Manorhaven, but a group of 39 residents voted to incorporate the development as a village, using a neighbor’s garage as a polling place.

The village was officially incorporated on June 10, 1931.

The village was first settled by the Matinecock Indians.

“There are more houses now, more people, the trees are taller and the cars are very different, but it is still the little enclave of neighbors,” Howley said, “neighbors who know and look out for one another and, when called upon, will offer their garage as a polling place.”

“I’m thankful everyone could be here tonight to celebrate the village’s history,” Haagenson said. “Thank you for the support and love of our village.”