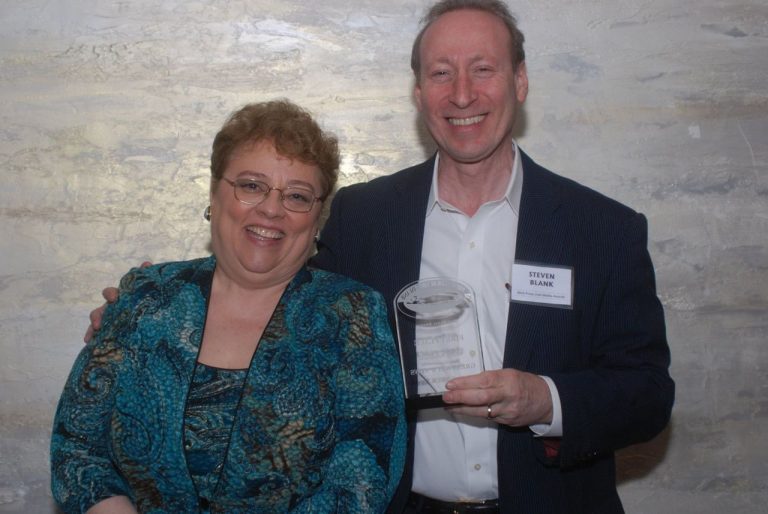 The Great Neck News and the Roslyn Times were named the best and third-best weekly community newspapers, respectively, at the Press Club’s annual ceremony at the Woodbury Country Club.

The Manhasset Times won second place in the Best Headline category for the November 2015 article “From addiction, a business is born,” about two recovering drug addicts who started their own clothing company.

“I am very proud of our dedicated — and talented — staff for everything that went into earning these honors,” Blank Slate Media Publisher Steven Blank said in a statement.

Judy Epstein won second place for humor writing for her column “A Look on the Lighter Side,” which runs in all six Blank Slate Media newspapers.

“It’s an honor to be recognized by my colleagues,” said Epstein, whose column has appeared in various newspapers since 1997.

This was the first time Blank Slate Media entered the Media Awards contest. The Press Club of Long Island, a chapter of the Society for Professional Journalists, gave out hundreds of honors to print and broadcast outlets and inducted longtime Associated Press correspondent Frank Eltman and former Newsday columnist Les Payne into its Long Island Journalism Hall of Fame.

“From our hall of fame inductions to giving out prestigious awards to deserving professionals and students, this is the highlight of our year, and we congratulate all the winners,” Press Club President Chris R. Vaccaro said in a news release. “We hope that the awards competition helps to make the journalism on Long Island even stronger.”

The Great Neck News won third place in NYPA’s spot news category for its coverage of a tree falling on Village of Great Neck resident Stephanie Epstein while she slept in July 2015, and last year’s Guide to Roslyn took an honorable mention in the special sections category.

In honoring Williston Times’ honorable mention for the Past Presidents’ Award for General Excellence, judges praised the Williston Times’ “solid” reporting — particularly its coverage of the 2015 local elections — as well as the paper’s layouts, ads, photos and editorial pages.