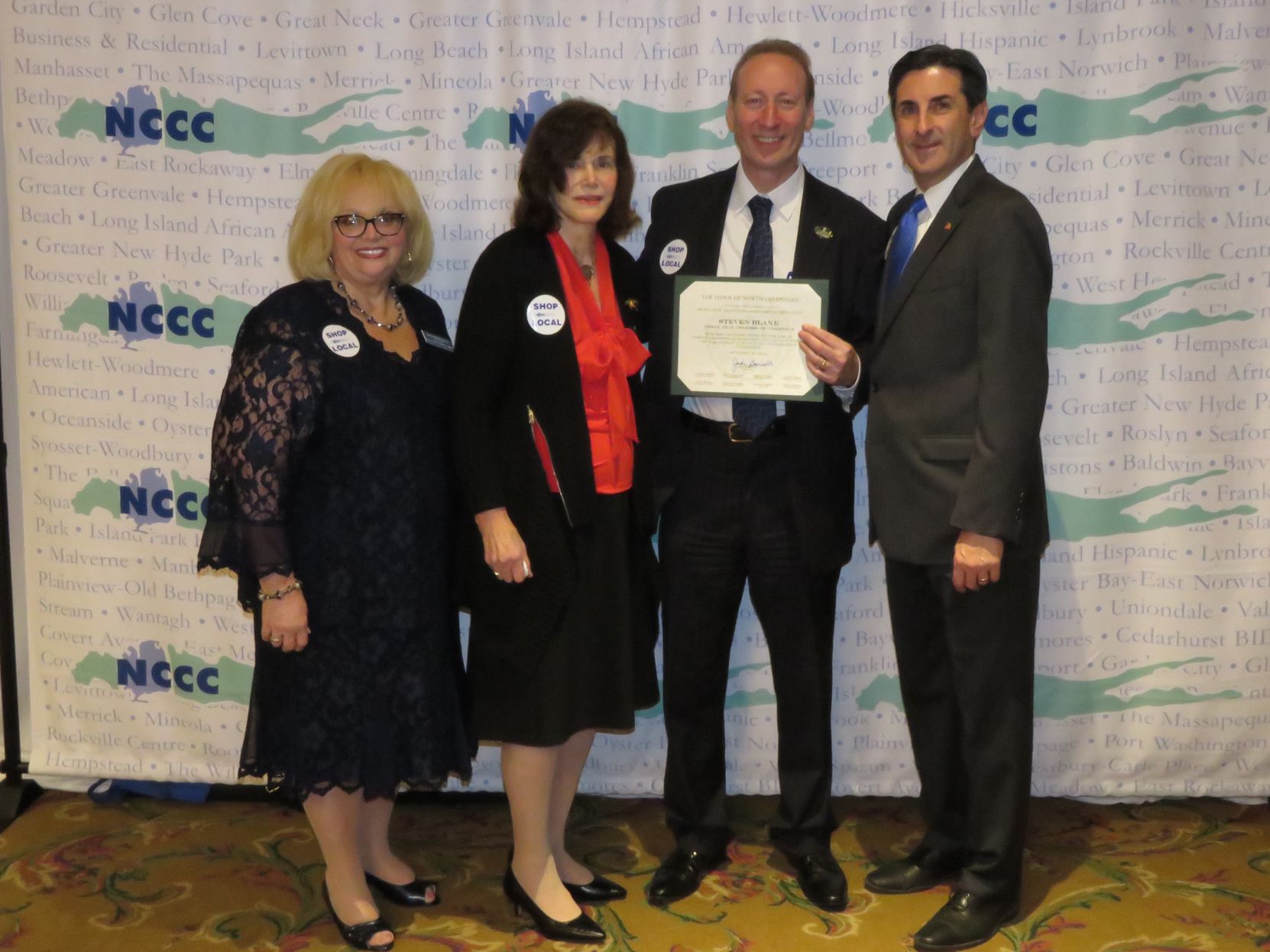 Steve Blank, the publisher of Blank Slate Media, said when he bought three community newspapers on the North Shore in March 2010, his mission was for each to become the “newspaper of the community.”
Blank said his newspapers, which include the Great Neck News, have been committed to covering all aspects of the community, including local government, education, business and the people that make up the North Shore.
“I thought that there wasn’t a newspaper providing the type of coverage that residents and businesses wanted and needed,” he said. “There’s more of an institutional history as a result of the coverage so we’re sort of building now on knowledge that we’ve gained over the years.”
For his efforts, Blank was named the Great Neck Chamber of Commerce’s 2016 Small Businessperson of the Year.
“It’s nice to get the recognition of people I work with and people in the community who know me well,” he said.
After graduating from Boston University in 1970, Blank began his career as a reporter for a weekly newspaper in Boston.
He spent the next 10 years serving as a reporter and editor for The Daily Record in Morristown, New Jersey, the Post-Standard in Syracuse and the Kansas City Star.
Blank then changed careers, opting to work as the marketing director and operations manager of his father’s retail business, SaveMart, a 32-store consumer electronics chain. He said he felt that the newspaper industry was starting to devalue reporting and the editorial process.
“I think it was taken for granted,” Blank said. “You had a lot of people who couldn’t see beyond the numbers on a financial statement.”
He couldn’t stay away from the business, though, and in July 1989 he purchased the Bayside Times and Little Neck Ledger.
Blank said he was always “entrepreneurial” and liked the ability to “create things and do things on my own.”
The two community newspapers eventually grew into a chain of 16 papers throughout Queens.
In October 2006, Blank sold the newspapers to the Rupert Murdoch-owned News Corp. and stayed on for two years to assist in the newspapers’ integration with a group of papers in Brooklyn.
He returned to the newspaper business  in March 2010 when he purchased the Great Neck News, New Hyde Park Herald-Courier and Williston Times.
Blank later began publishing the Manhasset Times and Roslyn Times, and this past March opened  the Port Washington Times.
He said that the papers have developed a reputation as a go-to source for people in the community because they know “we will cover it and we will do a good job with it.”
Although Blank’s office is located in Williston Park, through publishing the Great Neck News and spending time with friends and family in Great Neck, he has witnessed first-hand the change of business on the peninsula.
He said it is “shocking and disappointing” to see the state of the business districts on the peninsula, as it used to be a hot spot for people on Long Island and in Queens, particularly due to the success of restaurants like Millie’s and Bruce’s.
“As a shopping district, it’s arguably at least one of the nicest on the North Shore, if not on Long Island,” Blank said. “It’s really a beautiful area that is very pleasant. The surroundings are very pleasant to spend time there.”
He said that there are a number of issues that have caused the rise in empty storefronts, but blame can’t be placed on any one person or entity.
Since Great Neck is split between nine villages and includes unincorporated areas of the Town of North Hempstead, Blank said, it is difficult for local governments to address the issue.
“You have so many different villages that there is not a coherent business plan to address it,” he said. “You have so many jurisdictions that are involved that no one entity, no one government can come up with a plan and impose it to correct things.”
Blank also said that some government entities have been “less than welcoming” to businesses looking to open or expand.
“I think there is a responsibility for village government to look after the interests of residents,” he said. “But I think sometimes that can be taken to extremes and there is a lack of balance with the needs of the business community.”
Blank said the Great Neck Plaza Business Improvement District does a “terrific job” of  promoting local businesses, but some of the effort also needs to come from business owners themselves.
Having businesses advertise and promote themselves would also help surrounding businesses, he said, because more foot traffic means customers are more likely to patronize other stores.
Although the Internet and changing demographics have gotten a lot of the blame for failing businesses, Blank pointed towards districts covered by the other five newspapers he publishes, which have successful or growing business activity.
“I think that there’s a great opportunity for Great Neck because it has all the things you would want in terms of the community, in terms of transportation, in terms of infrastructure, in terms of parking,” he said. “It should be an area that can attract people but I just think there needs to be some changes made.”
As for his own business, Blank said he is looking to continue growing his papers and increase coverage, which has already begun with increased coverage of real estate  and a sports section dedicated to high school sports on the North Shore.
“The weekly newspaper market, I think, stays strong because we offer news that is important to our readers,” he said. “We’re writing about where people live, where their kids go to school and where they’re going out to eat the next day. The information we provide is important to people.”