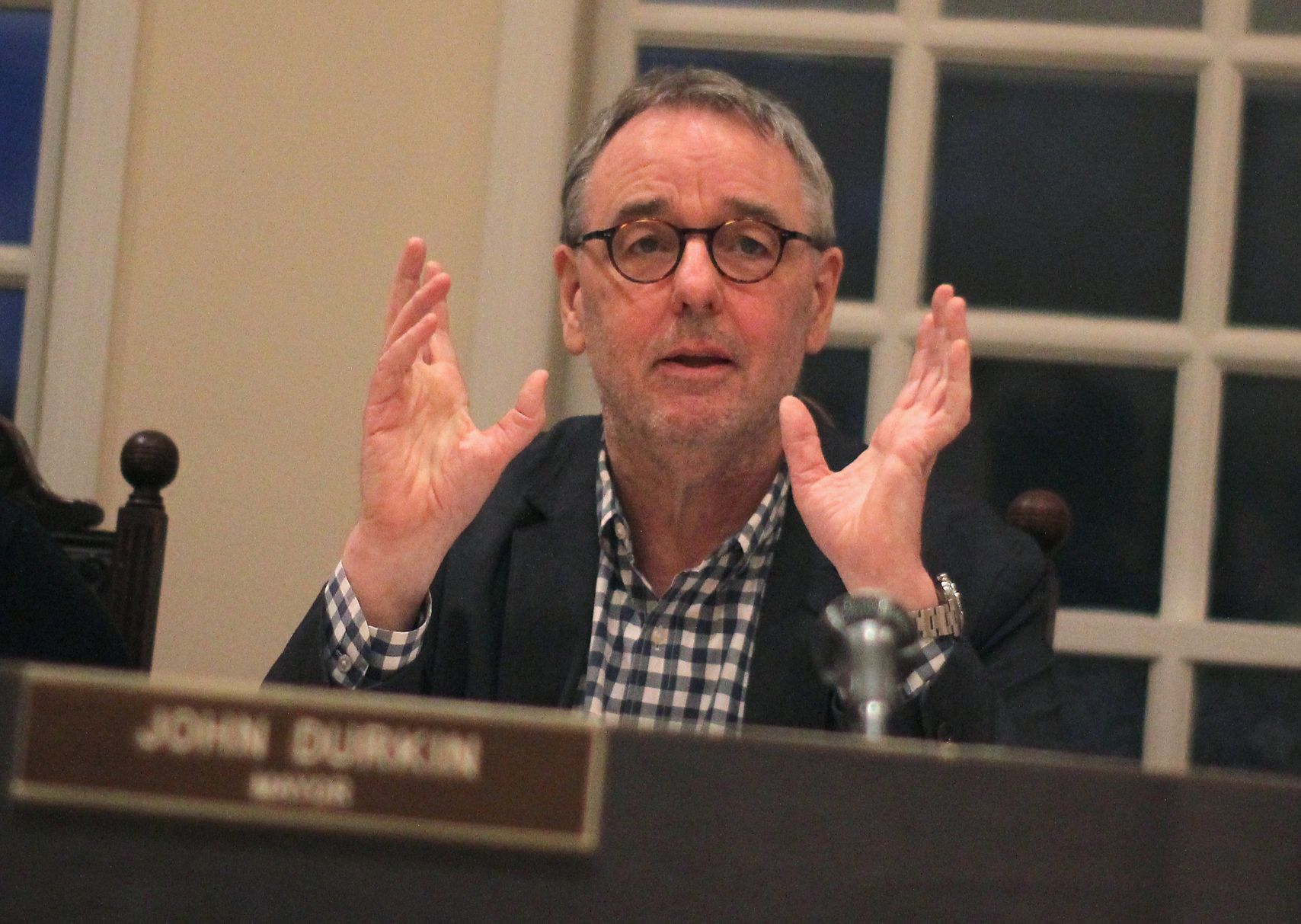 Two local business owners clashed with Roslyn Mayor John Durkin and village trustees on Tuesday over what to do about a lack of parking on Old Northern Boulevard.

“Businesses will close because of a lack of parking spots,” said Michael Psilakis, the chef and owner at MP Taverna. “My customers take a half-hour to find parking and they’re not happy about it, then the people after them are unhappy because they don’t sit down on time.”

He said he spoke with several restaurants owners who share his frustration.

“There is nowhere for my employees to park,” Musiker said. “There will be a need for more employee parking as more businesses come to town.”

Trustee Sarah Oral said the village will be addressing the lack of parking in the village.

“The biggest issue we’re finding right now is that there’s no space to build another parking lot,” Oral said. “We can’t magically make one appear.”

Durkin acknowledged “there’s a problem with the downtown” parking. He told Musiker that the village no longer planned to remove non-meter parking near the Village Hall. Musiker was encouraged to hear the news, he said in an email.

A draft report, he said, was presented to the board of trustees meeting on Sept. 12.

The board raised a few issues with the study and is awaiting the final results,” village clerk Anita Frangella said in an interview.

“Government is different than the private sector,” Durkin said. “We can’t just take action. We have to get a study done and get approval.”

Psilakis suggested expanding current parking by way of installing a carousel or lift in one of the parking lots downtown, an idea Oral dismissed as “too expensive.”

“You spent $2.8 million on roads,” Psilakis replied, referring to an ongoing road repavement project in the village that will total almost $3 million.

Durkin told Psilakis he would “get what [he] needs eventually” but said the issue won’t be fixed anytime in the near future.

Frangella said she did not know exactly when Level G will submit the final version of the parking study.

When it does, the study will be made available on the village website.