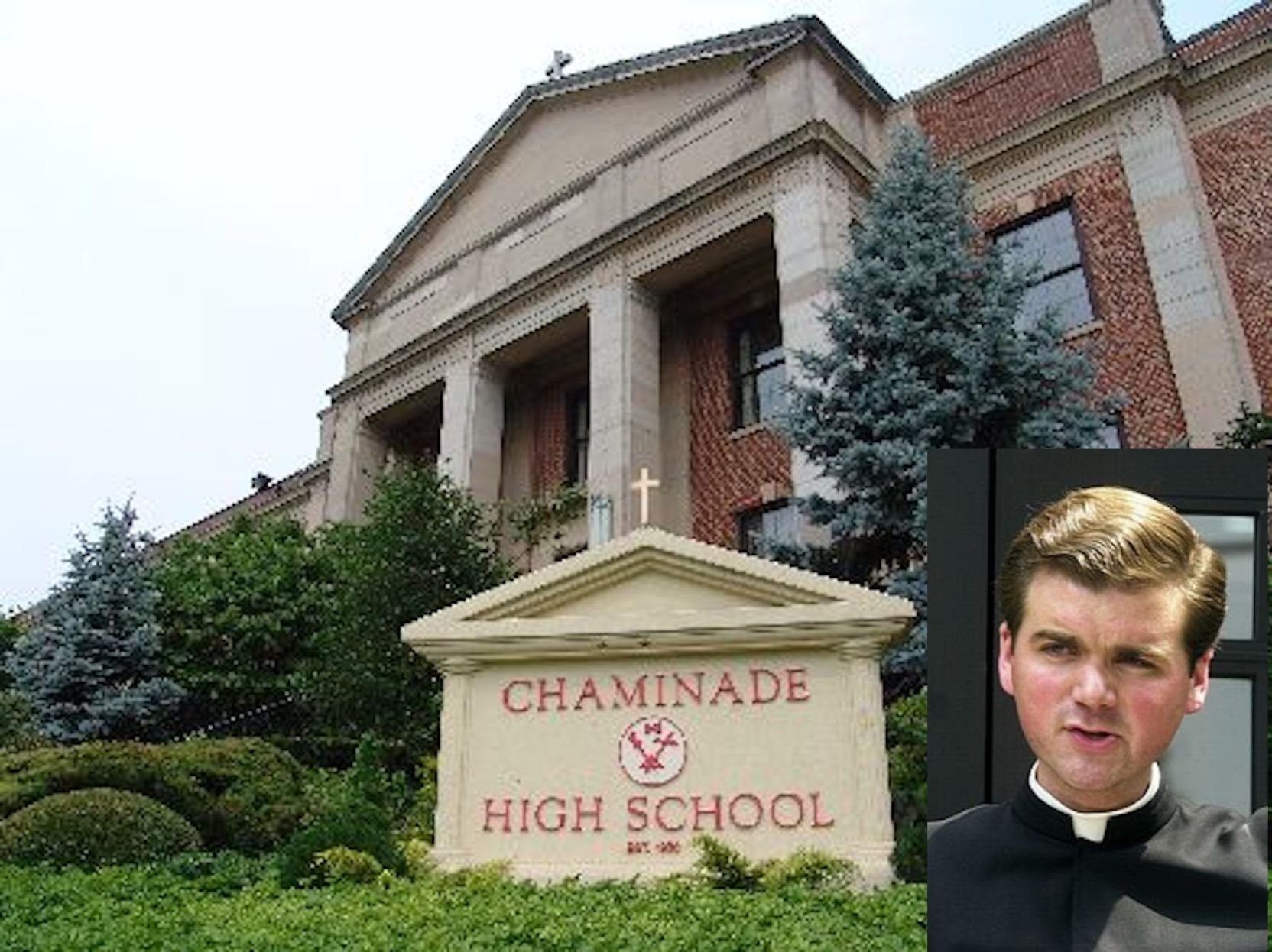 Chaminade High School graduates this week publicly criticized the school’s handling of sexual abuse allegations against its former president, saying the elite Mineola academy has failed to live up to its motto.

In a letter published Monday in the New York Daily News, seven graduates said Chaminade has not been forthcoming with parents and alumni about the details of the “credible” allegations against the Rev. James Williams, telling them to ask questions individually rather than offering information openly.

The men — Anthony Clark, Charles Cowell, Anthony Ventura, James Cotter, Charles Givens, Ed Kless and Anthony Notaroberta — say the all-boys Catholic school’s actions contradict its motto, which requires that students do “the right thing at the right time because it is the right thing to do, regardless of who is watching.”

“We no longer offer our support at a distance,” the letter reads. “We offer our close, public scrutiny, in order to hold the school’s leaders accountable — just as they held us accountable as students and as men.”

The graduates pledged to stop giving Chaminade money and other “material support” until it discusses in depth Williams’ alleged actions, the school’s response and steps it has taken to prevent further abuse.

“Even if you believe everything that Chaminade is saying, they’re still not meeting the standard of that motto because they’re not saying everything they need to say and they’re not doing it in an open and transparent way,” Clark, a 1984 Chaminade graduate and Mineola native who now lives in Washington, D.C., said in an interview on Tuesday.

The writings come more than three months after the Meribah Province of the Marianist Order, which runs the school, suspended Williams, a 1987 Chaminade graduate, from priesthood after a 15-month investigation into allegations that he sexually abused a former student.

Brother Thomas Cleary, Chaminade’s current president and Williams’ successor, said the school has an “unquestionable” commitment to strengthening safeguards against abuse, and is “reviewing every aspect of how best to make our students safe,” including faculty briefings and protocol for meetings between students and faculty.

Student orientations next month will include reviews of safety protocols, he said.

“It is a reflection of our recognition that, for some, we may have to completely re-establish and re-build the trust that was violated,” Cleary said in a written statement on Wednesday. “We accept that truth and will do my best to do so.”

In a separate letter to the Daily News published Thursday, Charles F. Mansfield, Jr., a 1962 Chaminade graduate who said he worked with Williams for 12 years, called the earlier letter “downright perverse” for condemning the school without a presumption of innocence toward Williams.

Clark and the letter’s other authors asked Chaminade to hold an open forum where people affiliated with the school could ask questions about Williams and the investigation, but were instead told to address their concerns to administrators individually, Clark said.

They wrote the letter not to attack the school, but to push its leaders to be more forthcoming, Clark said.

“I don’t think it’s credible, the story that Chaminade is telling,” Clark said in an interview, emphasizing that he was speaking only for himself.

In a May 15 letter to Chaminade parents, Cleary said the school did not learn of Williams’ alleged abuse until February 2015, when the Roman Catholic Diocese of Rockville Centre reported the allegations to the Meribah Province.

The province then alerted the Nassau County district attorney’s office and launched an investigation, which found the alleged abuse dated back to 2011, the same year Williams stepped down from his presidency. The alleged victim did not want to press criminal charges, the DA’s office has said.

In Tuesday’s post on his Medium.com blog, Clark wrote that he thinks Chaminade’s stated timeline “suggests the possibility that school leaders have not been fully honest about what they knew and when they knew it.”

Williams, one of Chaminade’s youngest yet most successful presidents, resigned on Aug. 1, 2011, just days before the start of that school year, without advance notice or much public relations fanfare introducing Cleary as his successor, Clark wrote.

The timing of his resignation was “inexplicable,” Clark wrote, because the school would have had an easier transition if he had left at the end of the school year. It also left Cleary to lead a “momentous” trip to Europe marking the 250th anniversary of the birth of William Joseph Chaminade, the school’s namesake and the founder of the Marianist order, Clark wrote.

In his resignation letter, Williams cited a call from God “to devote more energy to priestly ministry.”

He stayed on as a teacher until leaving in early 2012 to start a Ph.D. program at the University of St. Thomas Aquinas in Rome, Clark wrote, where he was believed to have been when the Province of Meribah reported the abuse allegations to prosecutors last year.

“Given these facts  —  and that after a ‘comprehensive and extensive investigation’ Chaminade concluded that Williams was guilty of ‘misconduct and abuse of a minor’  —  I don’t believe that Williams resigned for the reasons he gave in 2011,” Clark wrote.

The Meribah Province said in May that Williams has “completely denied” the allegations. Its investigation into the abuse started under its policies, which are consistent with the Charter for the Protection of Children and Young People of the United States Conference of Catholic Bishops, the province has said.

“There remains nothing more important to me than the safety and protection of Chaminade’s students. Nothing,” Cleary said on Wednesday. “We have made a solemn pledge to ensure that the young men entrusted to our care are safeguarded from any form of harm or abuse.”

In his Daily News letter, Mansfield said Chaminade conducted a “painstaking” investigation that “necessarily” took more than a year.

“The timing was a judgment call, and the leadership needed to be confident and comfortable with such a sensitive communication,” he wrote. “This must be clearly understood by all.”