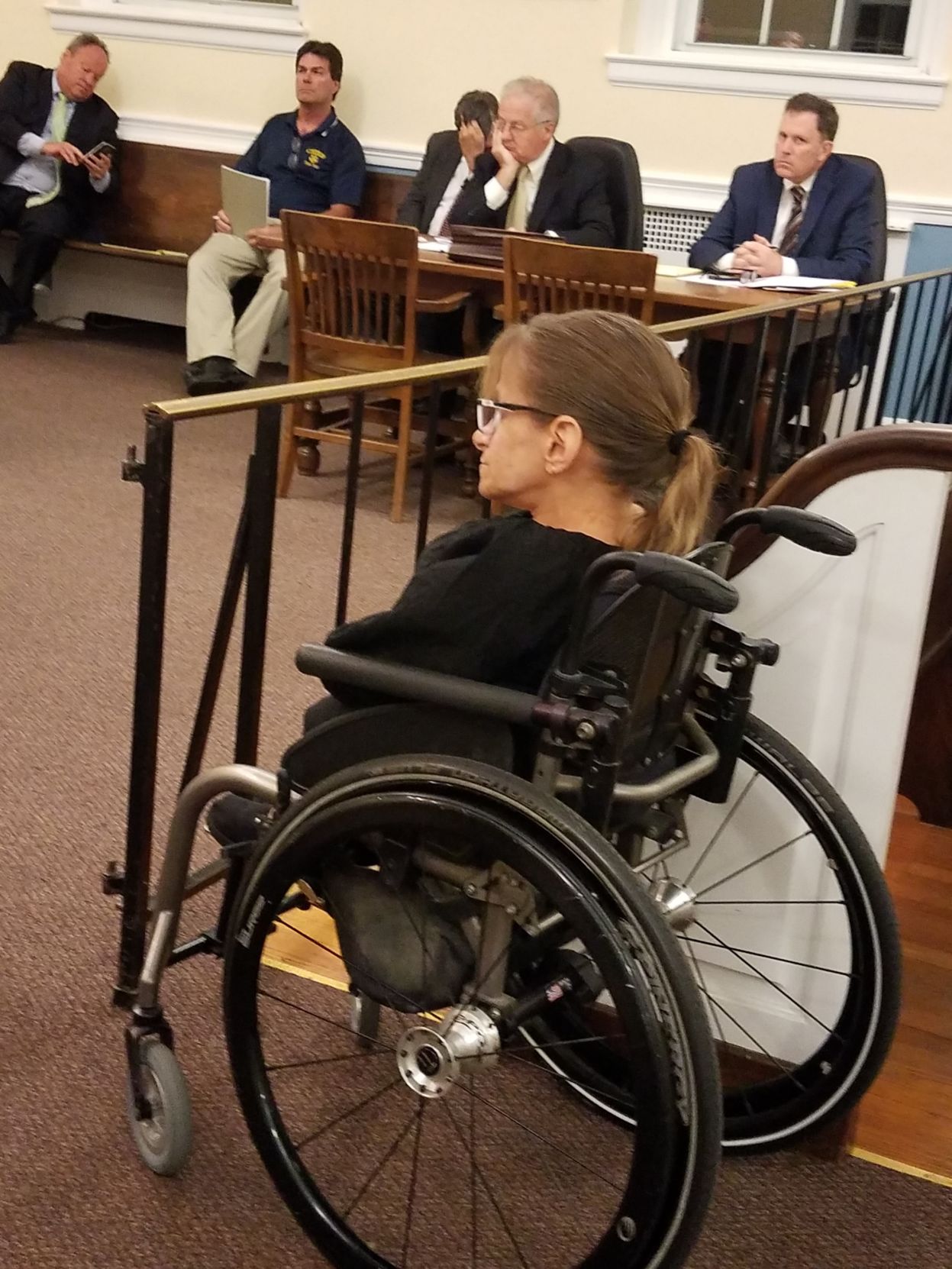 A Floral Park civic leader criticized village officials Tuesday for not properly “mitigating” the impact of the Long Island Rail Road’s proposal for a third track between Floral Park and Hicksville.

Nadia Holubnyczyj-Ortiz, president the Hillcrest Civic Association and a former member of the village Citizens With Disabilities Committee, said she was told by Gov. Andrew Cuomo’s office that “not one single request for improvements was brought forward from our village administration.”

“Once plans are finalized, there is no going back,” she said at a village board meeting.

Holubnyczyj-Ortiz uses a wheelchair and said she currently has to drive to the New Hyde Park station of the LIRR because there is no access for people with disabilities at the Floral Park station.

Village Mayor Thomas Tweedy and the village should more strongly push for fixes to the station to make it more accessible, she said.

Tweedy said he has advocated for the village and that he first brought up the issue of disabled access at the station years ago.

“It is not my station to modify, because if it was mine, it would be done,” he said.

Trustee Archie Cheng, head of the village’s Third Track Task Force, said it is too early to “mitigate” as Holubnyczyj-Ortiz requested because the LIRR has not released full plans for the project.

Cheng said he has brought up questions such as where the LIRR plans to start work on the third rail and whether station elevators are a possibility in his correspondence with the railroad’s representatives. He told Holubnyczyj-Ortiz that the questions will be brought up at the upcoming meeting with LIRR representatives.

“We don’t have any answers because we still don’t have the plan,” Cheng said.

Residents and officials in Floral Park and other villages worry they will bear the burden of construction without getting any benefits. The LIRR and project supporters say it would improve railroad service and be an economic boon to Long Island by strengthening its connection with New York City.

A project spokesman, Shams Tarek, declined to comment Wednesday, but has said project planners are continually meeting with village officials, civic leaders and other community members as the LIRR conducts an environmental study for the project.

The meetings are part of what planners have called an extensive outreach effort for the project, which they say will take no residential properties and be built entirely on LIRR property.

The results of the environmental study are due later this year, and public hearings will follow.

Also on Tuesday, the Board of Trustees approved a year-long moratorium on hookah bars and vape shops in an effort to further study the long-term effects of such businesses.

“The purpose of the local law is to promote and protect local health and safety [of the residents] of the incorporated Village of Floral Park,” Tweedy said.

The moratorium will provide “sufficient opportunity” for the board to evaluate and determine if the village code for such uses must be amended or modified without the pressure of conflict in the process, Tweedy said.

Other concerns such as adequate parking, congestion and the overall revitalization and preservation of the business district will be addressed, Tweedy said.

Deputy Mayor Kevin Fitzgerald said the moratorium will give the police and fire departments additional time to investigate other concerns.

Fitzgerald said that the board will also consider if these businesses should be permitted to open within a certain distance of schools, playgrounds and other organizations, following the lead on neighboring villages such as New Hyde Park.

No one in the audience spoke for or against the moratorium Tuesday.