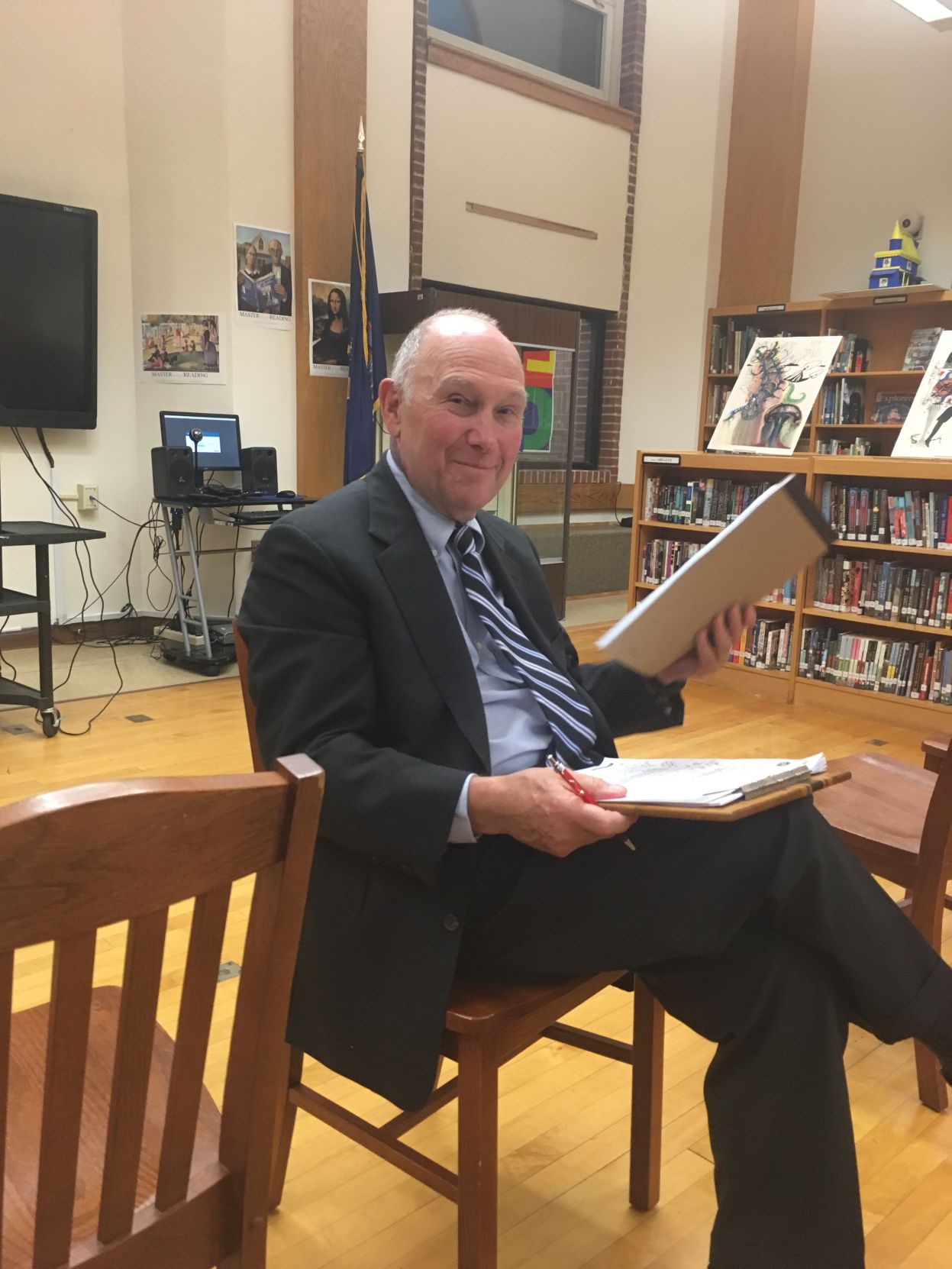 Community members met for the first time on Tuesday with a representative from the search firm hired by the Manhasset school district to find a replacement for outgoing Superintendent Charles Cardillo.

The five residents at the public forum lauded the district and Cardillo for their strengths, such as a student-centric approach, while criticizing areas perceived as needing improvement, like an overemphasis on athletics.

“The appointment of a new superintendent is the most important thing that’s happened in this community in the last decade,” one resident said. He, like the other attendees, requested anonymity.

Another resident said, “One of the greatest qualities in the current superintendent is his humanistic approach to leadership.” He said the new superintendent should bring a similarly “collaborative approach that includes all stakeholders. Every resident, not just those with children.”

Another attendee responded, “The humanistic side is important but we’re not looking for another politician. We need the human side but having a substantive, true leader is more important.” He warned against “board members turned toward cronyism” who might interfere with a hiring decision based on merit.

“We deserve the best in Manhasset,” he said.

Another attendee focused on the role of the incoming superintendent as a “curriculum builder.” He said the culture of the community results in a tendency to overemphasize athletics at the expense of music and the arts, though he acknowledged that those programs were also strong. He also mentioned that too significant a focus on academics in the elementary school results in insufficient development in a child’s social and emotional skills.

“I know this is a competitive community but we need to keep improving the balanced education we provide for our children,” he said.

Bob Roelle, a  consultant  from the search firm Hazard, Young, Attea & Associates, moderated the meeting. His colleague in the search, Debbie Raizes, was not able to attend.

Roelle, a former Westchester superintendent for 20 years, said “the complexion of searches” has changed recently because “fewer and fewer people are going into the superintendent field.” The dearth of candidates calls for an emphasis on haste.

“We should conduct the search as soon as we can because we’re not the only district conducting a search,” he said.

Tuesday’s meeting was the first of two public forums to be held by the search firm, with the second taking place on Wednesday, Dec. 7, at 9:30 a.m. in the Manhasset High School library classroom. Roelle said phase one of the search, which consists of community outreach, will also include meetings with school and community leaders, including Cardillo.

Roelle encouraged residents to fill out a survey available on the school district’s website.

“From what the online survey and focus groups yield, we will create a leadership profile report,” Roelle said.

Roelle and Raizes will present this report to the board at its regularly scheduled public meeting on Thursday, Dec. 22, at 8 p.m. in the middle school library.

Roelle said he then expects to present the board with a list of candidates in January, and the board aims to hire a new superintendent no later than July 1.