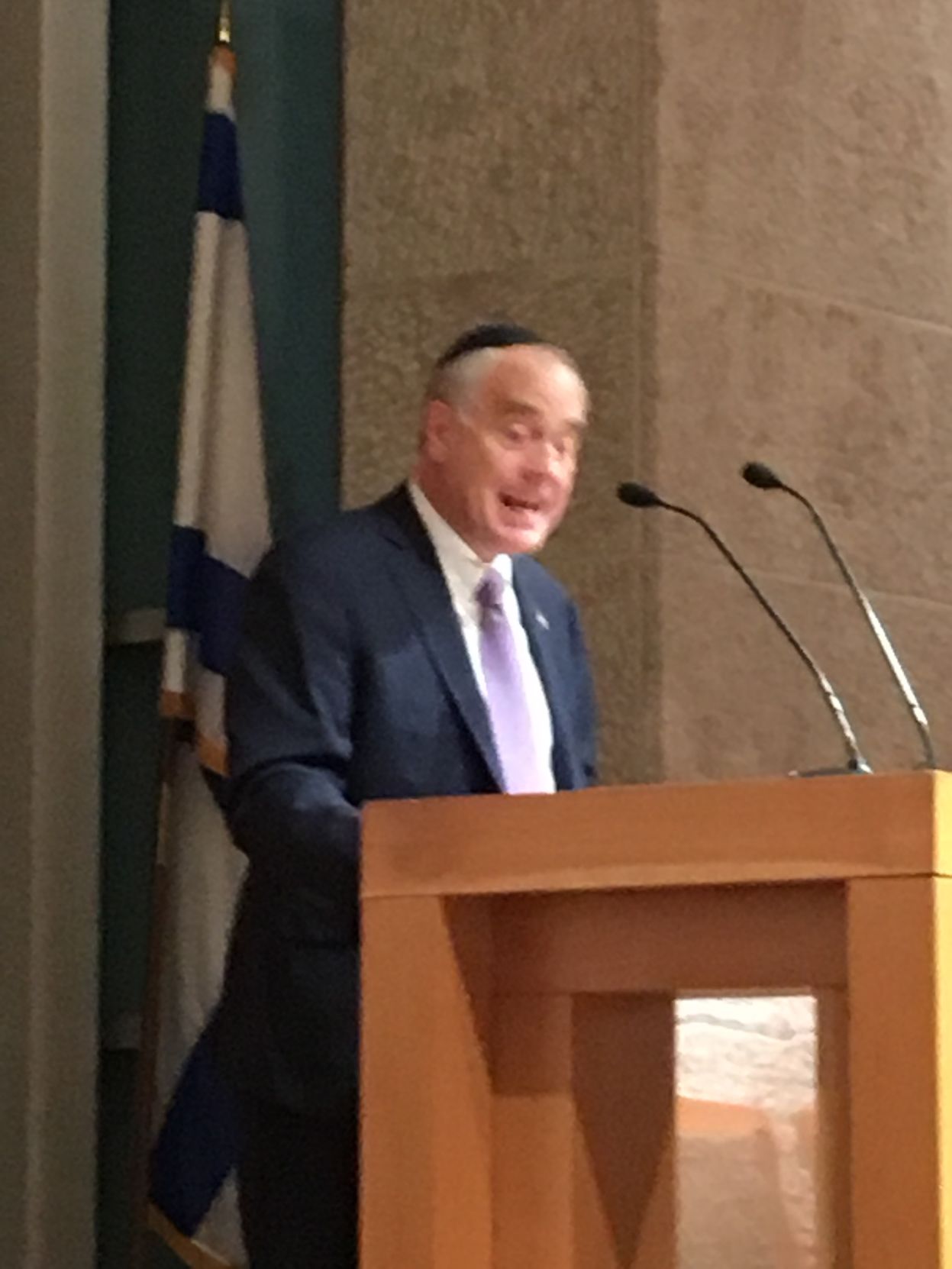 The movement began in 2005, when Palestinian civil society groups called for use of the three tactics as a means of nonviolent pressure on Israel to end what they deemed an illegal occupation in the West Bank and Gaza Strip, gain recognition of equal rights for Palestinians living in Israel, and achieve a right of return for Palestinian refugees  displaced from their homes, according to the Palestinian BDS National Committee, the coalition of Palestinian organizations that leads the boycott, divestment and sanctions movement, often referred to as BDS.

“Some have different opinions on Israel’s future,” DiNapoli said at a discussion held at the Old Westbury Congregation. “But there can be no debate on BDS.”

DiNapoli said his office has begun to examine the investments of the state’s $168 billion pension fund, and will take funds out of any recipient found to be involved in BDS.

“One of the key ways to keep Israel strong is by investing in its strong economy,” DiNapoli said.

Criitics have called the governor’s efforts an infringement

on the First Amendment rights of dissenting groups.

“The executive order and its treatment of organizations is the criminalizing of political speech,” said Naomi Dann, a spokeswoman for Jewish Voice for Peace, a Jewish organization that supports BDS.

“The way the state has treated this is unconstitutional. Civil rights groups have challenged them and are continuing to challenge them on it,” she said.

But he acknowledged, “since BDS became a big issue the whole discussion on Israel has become toxic and complicated. It got traction with audiences not interested or not aware before.”

Dann agreed that the BDS movement has influenced American public opinion, citing “the change in how the American people see the tactics and policies of the Israeli government” as “a sign of the success of the BDS movement.”

The event also included a panel with three current or recently graduated college students, all of whom described the state of the BDS movement on their campuses.

Tomer Kornfeld, a senior at John Jay College of Criminal Justice, said the BDS movement on his campus  is “not peaceful” because they “don’t speak to me” and “don’t protest Hamas’ treatment of women, gays and minorities” in the Gaza Strip, among other reasons.

Sarah Friedson, a recent graduate of Pace University, agreed. “Nothing they do is peaceful,” she said.

Dann said characterizations of BDS as violent are “a little bit absurd.”

“I’ve heard people try to make the argument that BDS is economic warfare and that’s outrageous. It comes from a history and tradition of nonviolent activism that tries to use the tactics to achieve social justice goals,” she added.

DiNapoli noted that local state representatives, such as state Assemblyman Charles Lavine and state Sen. Jack Martins, have been strong opponents of BDS, as demonstrated by their co-sponsoring a bill over the summer that, if passed, would have barred the state from doing business with any third parties engaged in BDS.

Asked if community members should push counties to oppose BDS on an even more local level, DiNapoli said, “Yes, government at any level makes a statement that it’s speaking for people.”