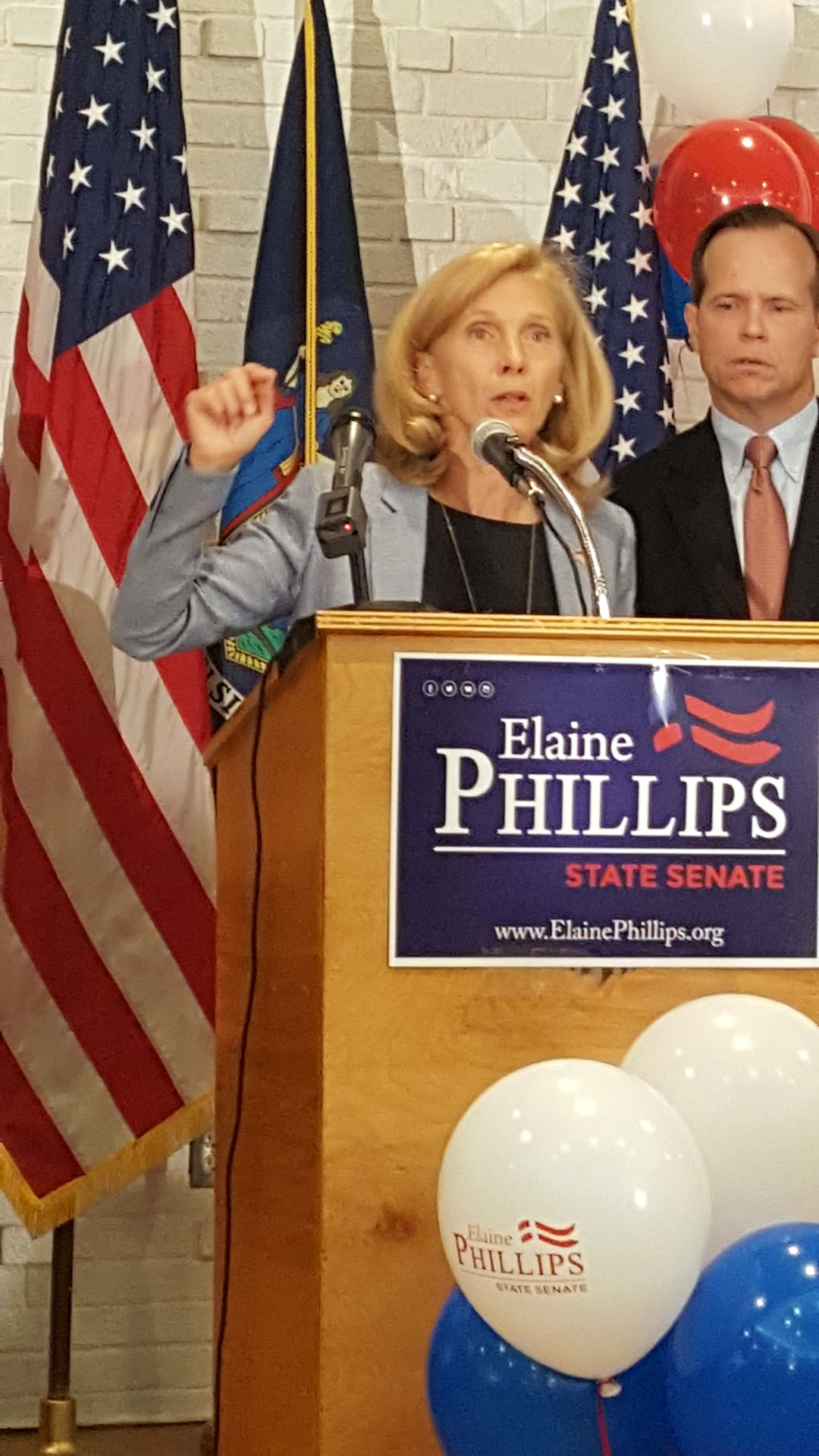 Elaine Phillips, a Republican candidate for the state Senate, on Monday called for the U.S. Department of Education to withdraw a proposed amendment to the Every Student Succeeds Act, which she said would “hurt Long Island’s world-class schools.”

The changes, which were proposed by U.S. Education Secretary John King, would penalize schools that did not have at least a 95 percent participation rate on the Common Core English language arts and math exams.

“Our children are more than just numbers, and it’s time to let children learn, and let teachers teach,” Phillips said in a letter to King. “We all support higher standards for learning, but your agency needs to take a step back and find better ways that rely less on stressful testing and punishing students, families, schools and entire communities for failing to achieve arbitrary goals.”

She is set to face off in November in the 7th  Senate District race against Democrat Adam Haber, a former commodities trader-turned-restaurateur and Roslyn school board trustee, who previously ran for the same seat and lost in 2014 to outgoing state Sen. Jack Martins.

Phillips, who is the mayor of the Village of Flower Hill, said that the Education Department should not punish school districts when parents exercise their right to withhold their children from taking standardized tests.

According to King’s proposed changes, districts that fail to achieve a 95 percent participation rate on state exams could face receiving a “lower summative” school rating, being assigned the “lowest performance level on the state’s Academic Achievement indicator,” being targeted by the state for support and improvement or “another equally rigorous state-determined action.”

Phillips said that school districts could suffer from a loss of state aid due to poor performance ratings.

“Every parent should be concerned by unspecified additional state penalties, which could include the loss of education funding, could compound the problems facing our schools which already struggle to provide sufficient local funding without breaking the backs of taxpayers,” she said.

Phillips also said that the penalties could impact property values in the affected school districts.

“Labeling schools as underperforming simply because parents have taken actions that they feel are in the best interests of their children’s educations could also have the perverse effect of lowering property values, since they are so often tied to measures of school quality,” she said.

A Haber campaign spokesman, Jonathan Heppner, said that the Democratic candidate opposes penalties on school districts for opting out.

“Adam Haber, an elected member of the Roslyn School Board, believes school districts should not be punished for having students opt out when the implementation of Common Core has been so disastrous,” Heppner said.

He also slammed Phillips and the Republican Party for her comments.

“The idea that the handpicked candidate of the Albany Republican majority who brought us Common Core is standing against it now is ridiculous,” Heppner said. “Further, the Albany Republicans running her campaign are financially backed by pro-Common Core New York City private charter school super PACs who have recently spent millions in negative ads on Long Island.”

“As state senator, Adam will only be obligated to continue his strong advocacy for our schools, children and parents here on Long Island,” he added.