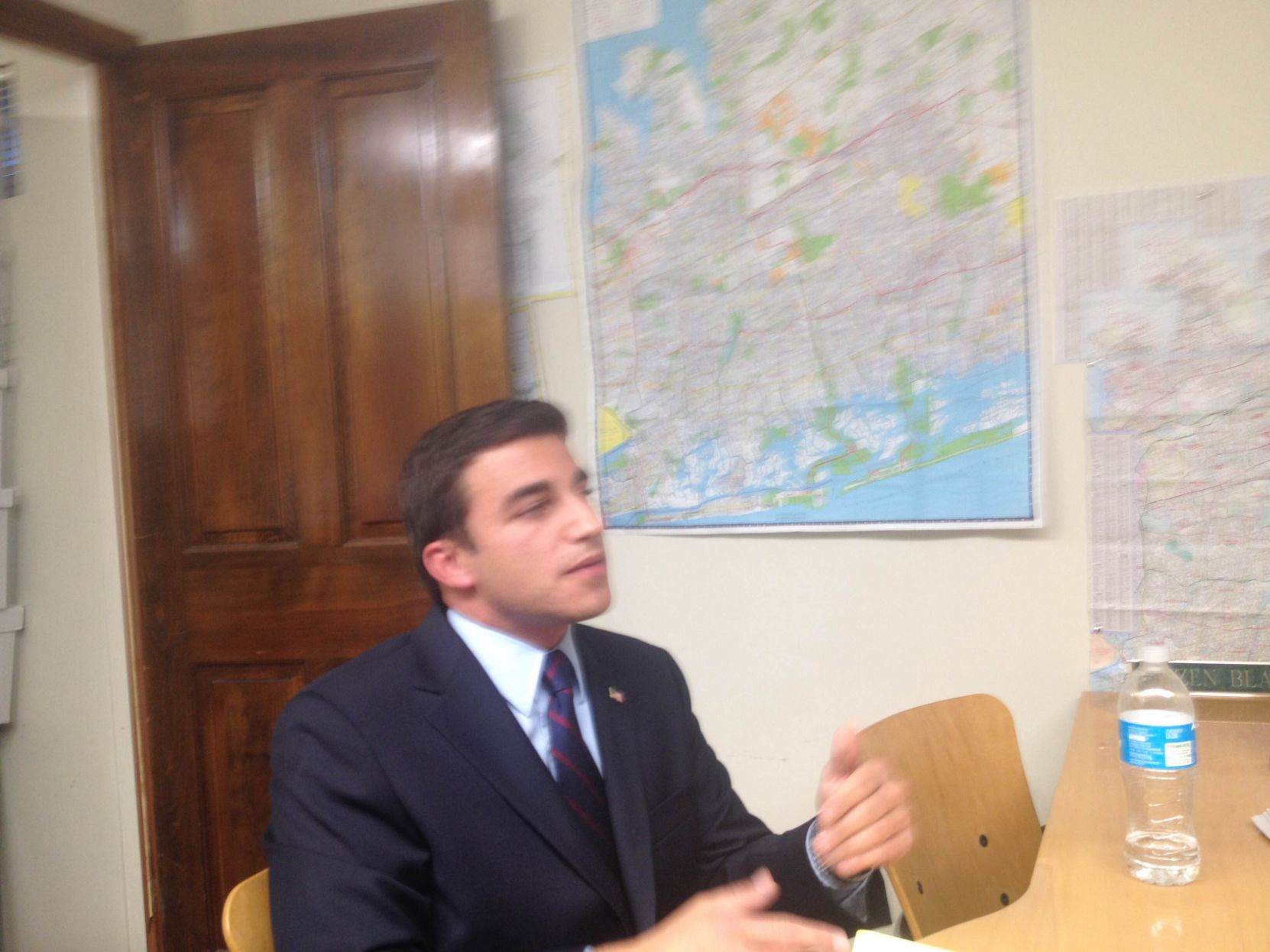 The death of Nassau County Legislator Judy Jacobs brought two candidates, Republican Louis Imbroto and Democrat Arnold Drucker, into an unexpected sprint toward Election Day on Nov. 8. “The campaign preparation I would’ve done in a few months, I’ve had to squeeze into the last two weeks,” Imbroto said.

Jacobs, a Democrat, represented the county’s 16th Legislative District, which takes in parts of Roslyn Heights, Old Westbury and the Town of Oyster Bay.

Since the Legislature is currently divided between 12 Republicans and 6 Democrats, this race will determine whether Republicans can achieve a supermajority, which would allow them to pass large spending measures without a Democratic vote.

Interviews with the two candidates revealed a shared admiration for Jacobs but a stark divide over how to carry on her legacy in addressing issues of corruption, taxes and spending, among others.

Drucker, of Plainview, runs what he described as a “high volume law practice” in Jackson Heights focused on tenant-landlord disputes, small business mergers and estates. Drucker has never run for office before but said he has been “active behind the scenes in the county Democratic Party for a long time.”

Imbroto works as associate general counsel for the Nassau Health Care Corporation. Until June, he worked as the assistant attorney for the Town of Oyster Bay, focused on prosecuting zoning and building violations. Imbroto challenged Jacobs in 2013 when she was up for re-election, but he lost the race when Jacobs was voted in for her 10th term in the Legislature.

Neither candidate filed a financial disclosure report with the New York State Board of Elections by the  deadline 32 days before the election. “I’m not fundraising,” Drucker explained. Imbroto’s campaign registered with the Board of Elections but is awaiting the necessary information from the board in order to file disclosures. Imbroto said he’s “doing the best he can” with raising funds “given the limited amount of time.”

Drucker said his top concern is corruption in county government, which he blamed on County Executive Edward Mangano and Republican legislators.

“I want to make sure residents have elected officials who are honest and transparent,” Drucker said. He supports the appointment of an independent inspector general “separate from Mangano” because “otherwise it’s like having a wolf guarding the chicken coop.”

Imbroto also emphasized the importance of honesty in government. He lauded recent reforms passed by Mangano and the county Legislature, which among other restrictions require oversight for any vendor contract that exceeds $1,000, as opposed to the former cap of $25,000. Imbroto said he would like to await the impact of the reform package before making a determination about the need for an independent investigator.

Imbroto also vowed to “cut fat” where “efficiencies in government could be found.”

Such spending cuts are important to Imbroto, he said, because he wants to balance them with a cut to property taxes, which he blames for rendering the cost of living in the district too high,  forcing residents to move elsewhere.

Imbroto praised Mangano and legislative Republicans for raising taxes only once in the last eight years.

Drucker, meanwhile, strongly criticized Mangano’s past borrowing to balance his budget, something Drucker described as “smoke and mirrors.”

He said Mangano’s current budget was “ridiculous” and criticized Mangano’s effort to raise ticket and public resource fees rather than taxes as sleight of hand that nevertheless makes it more expensive to live in the district.

Imbroto said the proposed fee increases “might be high” but he would support “incremental fee increases” once concerns have been addressed in the legislative process.

Like Drucker, he criticized Mangano’s borrowing as a means to address operational costs.

Both candidates took opposing views on the matter of the prospective Republican legislative supermajority, which would result from an Imbroto victory.

“If Republicans get that seal, then it’s all over,” said Drucker, who vowed to “fight the good fight” as a member of the Legislature’s Democratic minority.

Imbroto said he would not be “a rubber stamp for the Republican majority” but advised voters to take into account the considerable influence he would wield as a member of the caucus.

“As a majority member I’ll have more power to advocate for constituents with the party in power and so I’ll be able to get more done,” he said, saying it was the primary reason voters should prefer him over his opponent.

Drucker described Imbroto as a “32-year-old kid who has lost before” and characterized Imbroto’s current and prior jobs as “patronage positions” that exemplify the corruption he would like to root out.

Drucker did not cite any evidence that suggests malfeasance with regards to Imbroto’s recent employment.

The major subject of agreement between the candidates was Jacobs’  legacy.

Drucker called her a friend who “did what was right even when the Democratic Party didn’t support it,” while Imbroto described her as a “good fighter for people in the district.”