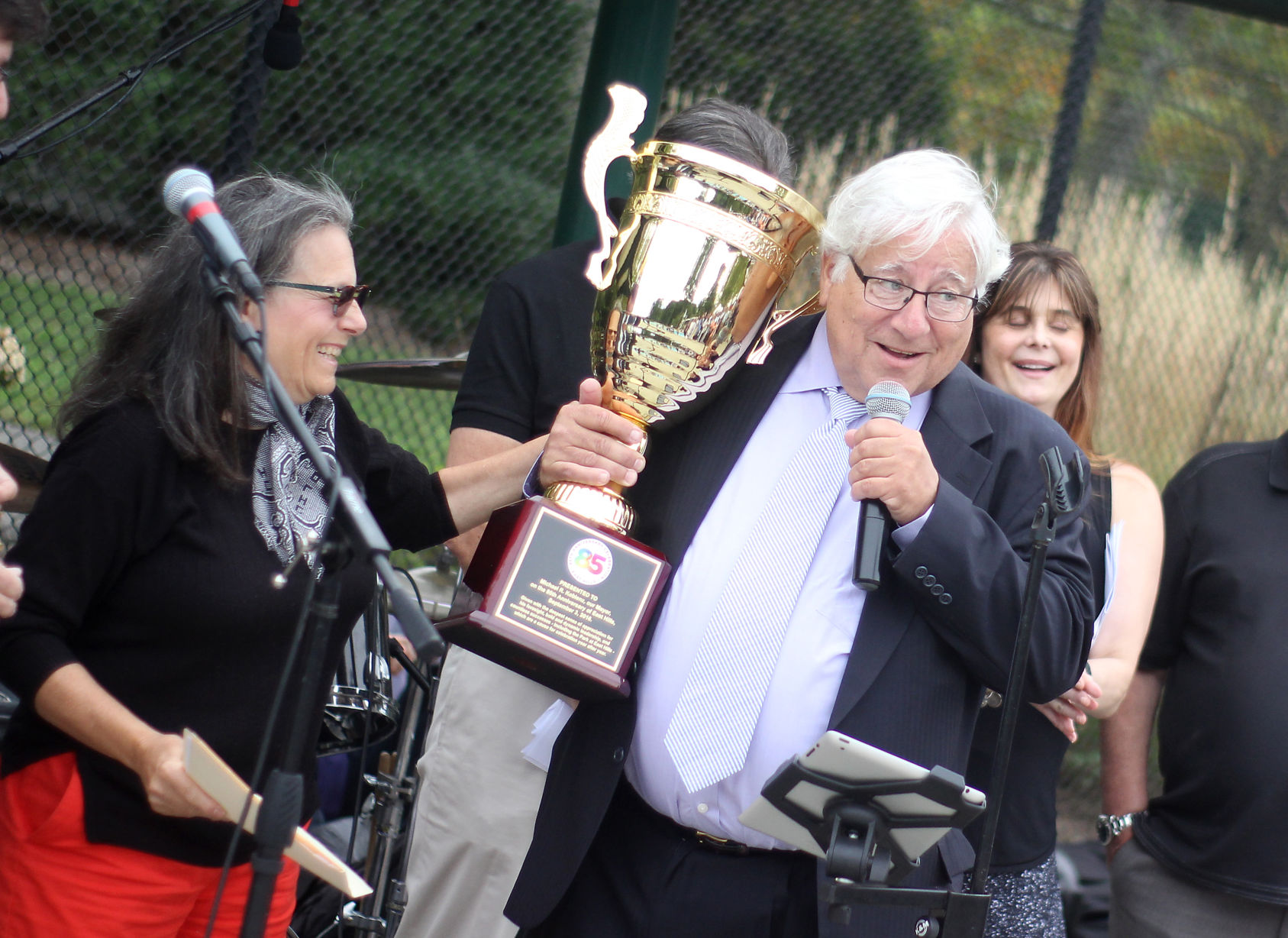 East Hills celebrated its 85th anniversary on Saturday with an event that village officials said was the biggest event they’ve ever held.

Hundreds of residents and guests went to the park for the celebration, which featured live music, games and lessons on the village’s history.

Natalie Mansbach, Trustee Stacey Siegel and their committee spent over six months putting the event together, which resulted in an Art Deco-themed blast from the past.

“We had a great turnout,” Mayor Michael Koblenz said. “I have to thank our committee. [Mansbach and Siegel] worked day and night the entire summer putting this together so that it was the best event we ever had. I don’t know how we’re going to top it next year.”

The gathering had something for all ages. For the children, there was a miniature train that made stops at the various activities throughout the park, like a Disney character meet-and-greet, a petting zoo and pony rides. Older guests chose from carnival games, a talk from a village historian, a “mocktail party” and other activities.

“What I love is we got the high school students to do community service, and they’re the ones that are helping out with all the booths and all around the park, so they’re excited about it just as much as the attendants,” Trustee Clara Pomerantz said.

To go with the 1931 theme, the date of East Hill’s incorporation, the park was decorated with Art Deco fixtures and had actors in period dress to greet residents.

“We’re having just as much fun as if we were in the 1920s and 30s,” said the village attorney, Bill Burton, himself dressed in a pinstripe zoot suit.

The grille area was host to a jazz brunch, where residents could order from a special menu for the celebration while listening to the brassy music of the Paul Canton Trio.

“This is a special event,” Mansbach, head of the 85th anniversary committee, said. “We’ve had segments of this, but we never had a jazz brunch before, we never had a mocktail hour, so it’s something new.”

Mansbach said she was most looking forward to the community getting together for the event, and even had her family fly out from Chicago for the celebration.

Numerous officials also took the opportunity to honor Mayor Koblenz, who was largely responsible for acquiring the park that hosted the anniversary event. Koblenz was presented with a trophy and citations from the town and county.

“I think when we celebrate an anniversary like this, we shouldn’t do it in the abstract. We should recognize special people that made it happen, and I think we’d be remiss if we didn’t recognize Michael Koblenz as the mayor for the past 20 plus years, and all the positive changes that East Hills has seen, because he has been such a great advocate for this village,” Martins said. “Places like this park and all of these improvements wouldn’t be here if it wasn’t for Mayor Koblenz. The Village of East Hills is a wonderful village. Today we celebrate its history, but we also celebrate its great leadership.”

Councilman Peter Zuckerman, himself an East Hills resident said, “The park was a vision of Mayor Michael Koblenz and our fine village attorney, William Burton. Mayor Koblenz and all of the trustees at the time worked so hard, but this park was created in the vision of Mayor Michael Koblenz, and we’re all so proud of this park and so happy to have it here and this wonderful community.”

East Hills saluted its past with an Art Deco-themed celebration in the park for its 85th anniversary on Sept. 3.

” />
East Hills saluted its past with an Art Deco-themed celebration in the park for its 85th anniversary on Sept. 3.