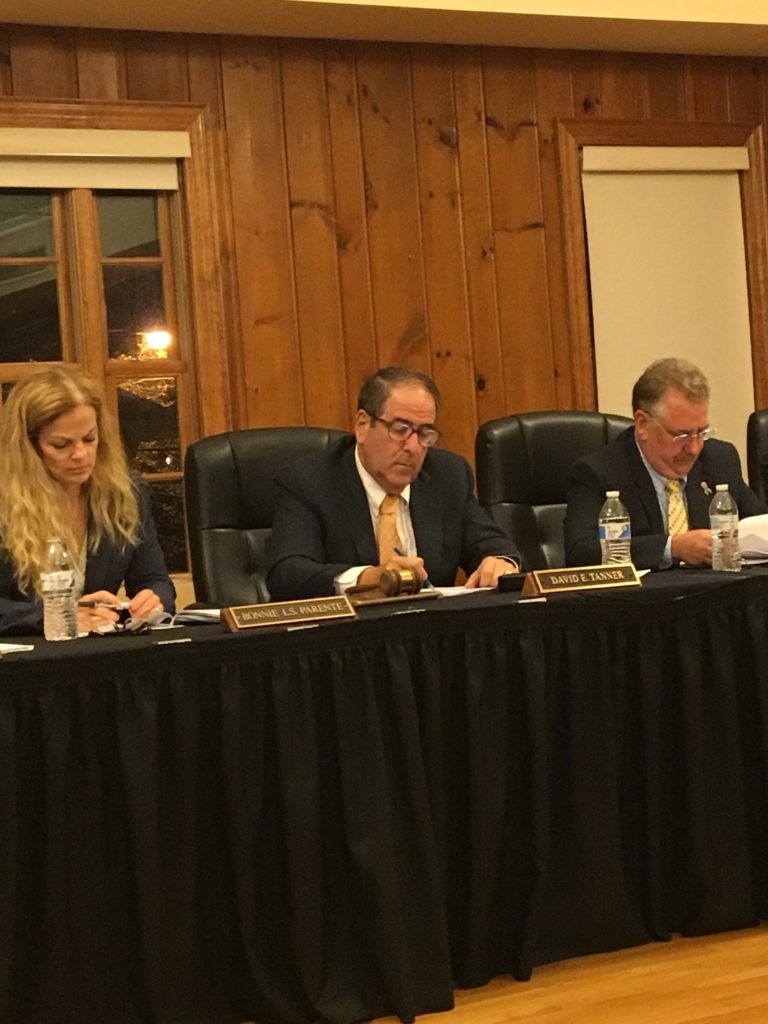 East Williston resident Richard Seixas claims that “gangs of teenagers” are destroying his property, and menacing and harassing him.

At an East Williston Board of Trustees meeting Tuesday, Seixas, 53, and his 83-year-old mother, Barbara, addressed the board about what they’ve encountered.

“Kids have harassed me while walking my dog,” Seixas said. “They’ve chased me down the road and thrown punches at me and destroyed my property.”

“I’ve just put up decorations for Halloween and they’ve come to my house and vandalized it. They’ve kicked and banged on the windows of our house.”

Another resident, Dawn Walsh, corroborated Seixas’ statements that teenagers were running rampant in the neighborhood, saying her sister-in-law who could not attend the meeting lives across the street from Seixas and has heard and seen the attacks.

“They were tormenting and harassing Mr. Seixas,” Walsh said. “If you heard your child speak the words they were saying it was despicable and shameful.”

“I don’t think we’ve ever heard of chasing and attacking,” Deputy Mayor Bonnie L.S. Parente said. “I’ve heard of ring and run, I’ve heard congregating, we’ve heard damage and litter. We’re not excusing any of this at all, but this is my first time hearing they’ve chased anyone.”

“It sounds like it borders on assault,” Mayor David E. Tanner said.

Seixas said he is working with the police to prevent these instances from continuing, and posed ideas to the board on how to discourage further confrontations.

“I explained to the Police Department that we have gangs of 60-odd numerous kids, that there must be something we can do,” Mayor Tanner said. “There was a time when they issued court appearances and, my own opinion, it appeared effective. But subsequently to that they’ve taken a different position.”

“It’s my understanding that the baseball field is actually owned by the Town of North Hempstead,” Seixas said.

Seixas and his mother live down the road from the Roslyn Road Park and baseball field, which is dimly lit, where he said the teens often congregate.

“Couldn’t we put lights on the East Williston side that could shine over into the park?” Seixas said. “Or cameras?”

Board members said they are already looking into additional street lighting in the area, and testing different camera locations.

Seixas’ mother has been issued a panic button by the Police Department that will immediately dispatch an officer to their home on Sagamore Avenue.

“I hope this never has to be used,” Barbara Seixas said. “It’s scary.”

Also addressed at the meeting was the proposal to erect a six-foot-tall metal fence at the North Side School.

The village board has heard opposition in prior meetings about the height and aesthetics  of the fence. A large poster of the plans was visible at the board meeting.

“If I want a six-foot fence on my property I have to request a variance or you can force me to take it down,” Matthew Cuomo, of Andrews Road, said. “Is the village taking the position that [the school board] at least has to come and request the variance?”

“The code enforcer is going to be looking it over for all purposes,” village Attorney Jeffrey Blinkoff said. “Not just whether there are issues of ingress and egress but if it is in compliance with all the rules and regulations, that includes the village code.”

At a Board of Education meeting on June 6, the school district said it would work with the East Williston village board on the fence based on village code. Cuomo said he was concerned that the district was not serious in involving the village board in the decision.

“The board is reviewing all of its available options before submitting a written response to the school district,” Blinkoff said.

The Board of Education wants to construct the fence as a safety measure. The board previously held meetings with presentations from Todd Atkin, homeland secruity school resource coordinator for the Nassau County police, about a fence’s benefits in an emergency.

The ability to have a few extra minutes where school officials notice an intruder trying to climb a fence, and can begin a lockdown and call police, can be important in the case of danger, he said.

Update: A previous version stated Richard Seixas was punched in his altercations. Seixas was “punched at” but not physically struck.