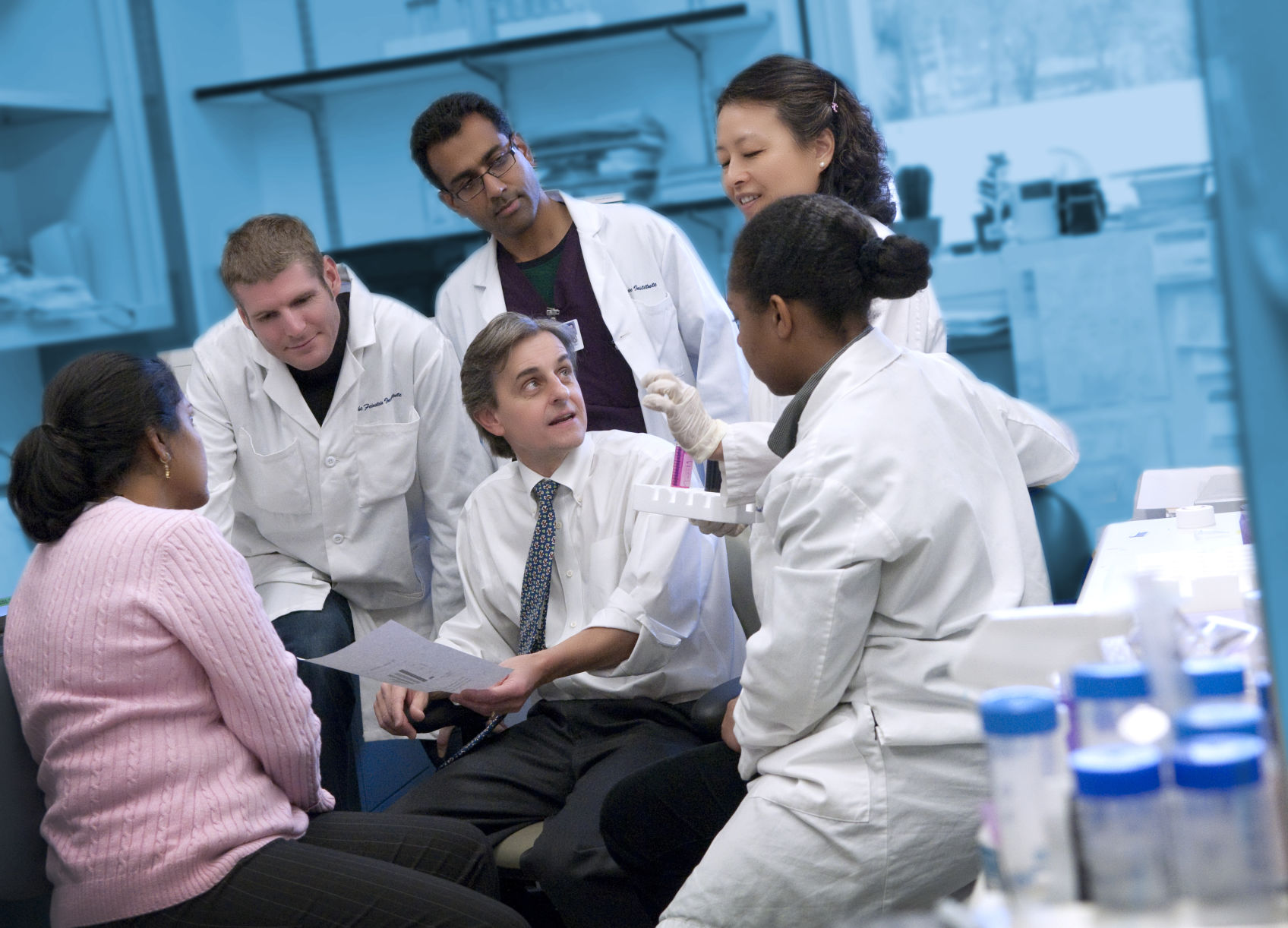 Two scientists at Northwell Health’s Feinstein Institute for Medical Research were awarded five-year grants from the National Institutes of Health to continue their research in bioelectronic medicine and sepsis, the healthcare company announced Thursday.
Dr. Kevin Tracey, Feinstein Institute’s CEO and president, received a $3 million grant, while Dr. Ping Wang, Feinstein Institute’s chief scientific officer, received a $2 million grant from the NIH.
The grants are part of the NIH’s Maximizing Investigators’ Research Awards, or MIRA.
“These NIH awards to the Feinstein Institute reflect the outstanding research environment, and the shared commitment to creating knowledge to cure disease,” Tracey said in a statement. “We look forward to seeing the outcomes of this basic research move into clinical benefit for future patients.”
His research, which is titled “Molecular Basis of Bioelectronic Medicine,” seeks to answer questions on the ability of molecular mechanisms to control inflammation.
Tracey’s past research has discovered that inflammation can be controlled by targeting cytokines, or types of small proteins, and mapping the neural circuits that control their activity, Northwell officials said.
Officials said the new study would attempt to understand the neural circuits’ identity and how they control immune responses.
The study, officials said, will also  attemp to understand cytokine mediators of inflammation and how they are necessary for disease progression.
Wang’s study, which is titled “Novel Approaches to Maintaining Organ Function in Sepsis,” seeks to explain the mechanisms responsible for the regulation of white blood cell trafficking and vascular endothelial cell activation, which are two factors in inflammation during sepsis, or a life-threatening complication of an infection.
“It is an honor to be identified as one of the select investigators to be a recipient of a MIRA award,” Wang said in a statement. “The Feinstein Institute has been a major advocate of sepsis study and awareness, and with this new grant, we will be able to continue to explore new avenues of treatment and understanding of the condition.”
Officials said excessive white blood cell infiltration is a major cause of organ injury in sepsis.
Wang is researching the efficacy and toxicity of two peptides used for treating sepsis, officials said, with the goal of the study being to design and develop new methods for treating sepsis.