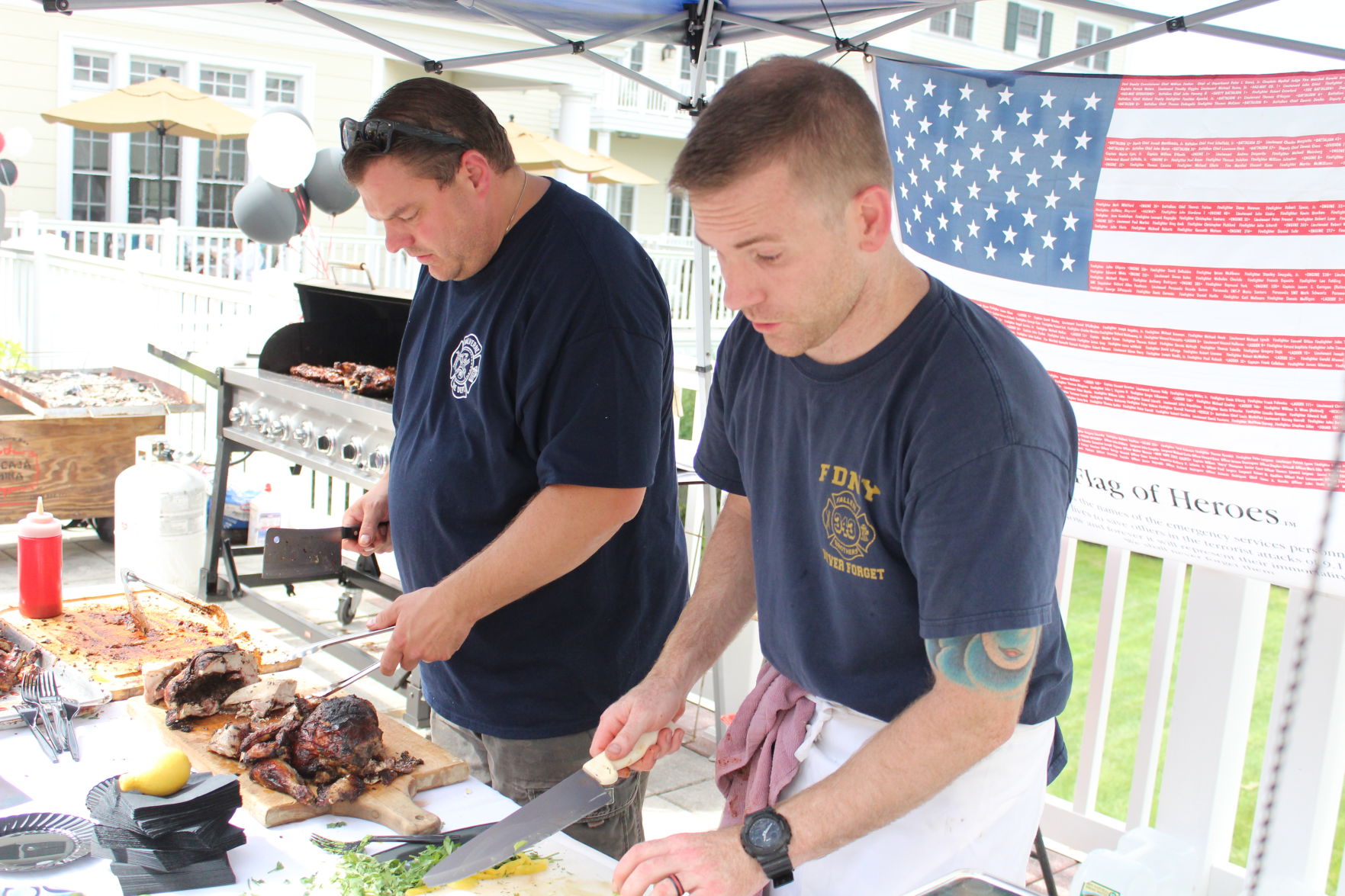 The competition was held last Friday at Atria on Roslyn Harbor, a senior living community. Malverne and Oyster Bay firefighters as well as Atria’s house chefs took to their grills to serve residents their best plate of barbecue.

The event was organized by the senior facility and the Nassau County Firefighters Museum. In conjunction with the cook-off, members from the museum presented cooking safety tips to the seniors, who are one of the most vulnerable groups to fire incidents, said John Murray, chief instructor at the museum.

“It’s a great day of public safety awareness and also a fun day to recognize the culinary abilities of our firefighters that also happen to be cooks at the firehouse,” said Nassau County Executive Edward Mangano, who served as a judge for the cook-off.

The Malverne Fire Department won the main competition for its grilled chicken and ribs, and the Atria team, led by head chef Amanda Ciniglio, won the people’s choice award for ribs and pulled chicken sliders.

Aside from the entertainment the event provided for residents, Murray said it was an opportunity to show how safe their community is in terms of fire protocol. He looked at their escape plans as well as their regular fire training for personnel and residents, and said Atria passed on all fronts.

“We come and talk to these people and have them come to the museum because they are more vulnerable than other people due to mobility issues or maybe some health issues,” Murray said. “So today we talked extensively about how to be safe in their facility and how good their facility is. That’s what makes this day so important, and they’re going to get some good food out of it and a beautiful sunny day.”

Atria on Roslyn Harbor aims to keep its residents active with its program called Engaged Life, said the program director, Lauren Bender. It emphasizes four pillars of engagement, one of which is civic engagement, she said. The cook-off and fire safety seminar served as a way to interact with a local service and learn about something new, she said.

“That’s probably the biggest reason why residents come here, because they’re living at home and they’re no longer being engaged or being social in their own home,” Bender said. “They don’t have the ability to get out and go to their usual activities, so by having them in this community here we provide the opportunity for them to be engaged and be social. It’s truly important.”

The Nassau County Fire Museum’s central purpose is  educating about fire safety, according to its website. The 10,000-square-foot museum is located in Garden City, and has a collection of restored historic pieces of fire equipment, as well as contemporary pieces. In educating about the history of firefighting in Nassau, the museum aims to boost volunteerism, the site said.

“The main reason is to bring awareness to the Nassau County Firefighters Museum, which honors the heroic efforts of our volunteer firefighters, as well as preserves the rich history of volunteerism here in Nassau County, and today they’re highlighting senior citizen fire safety,” Mangano said.