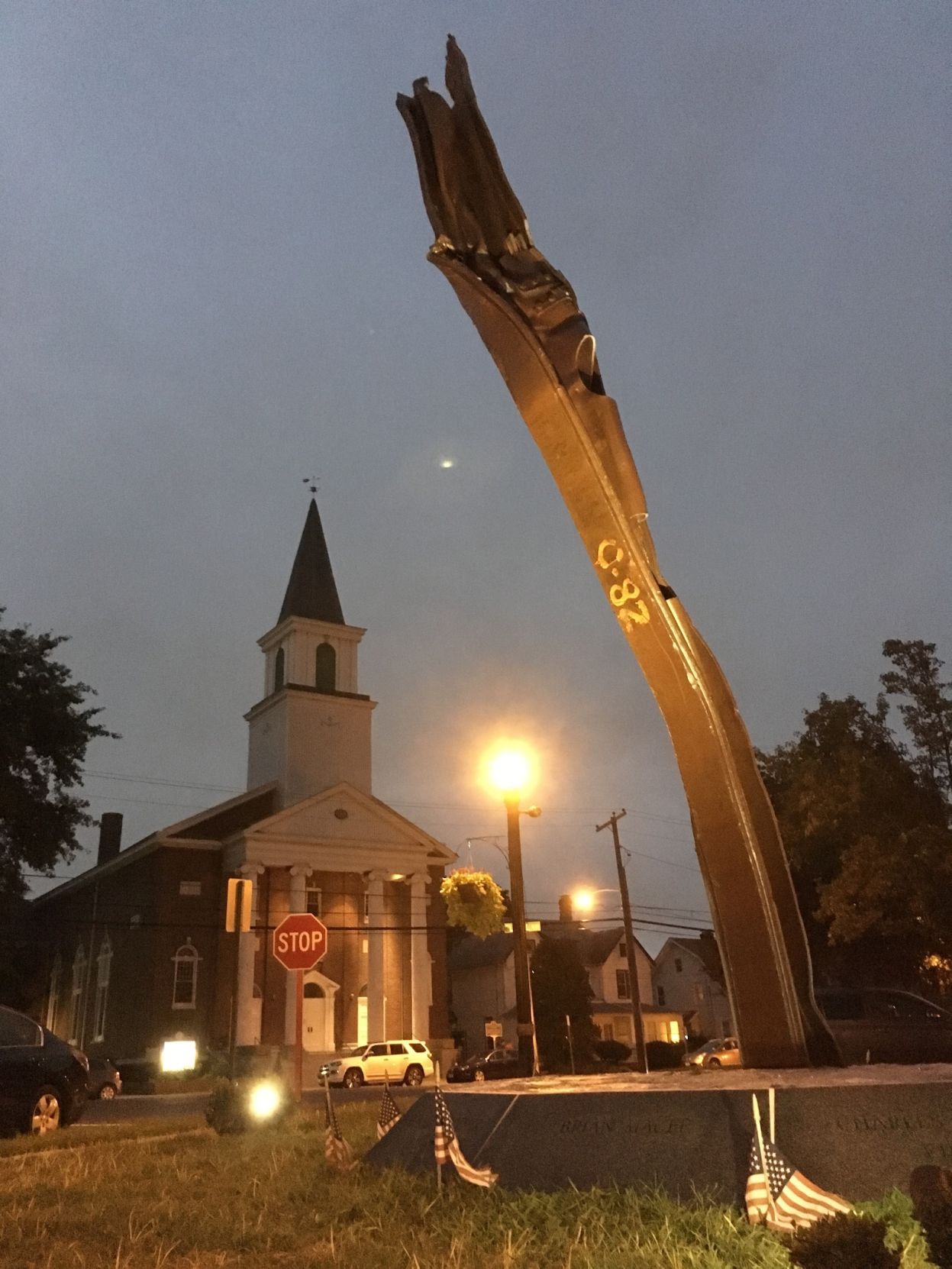 A 15-foot steel girder from the site of the 9/11 terrorist attacks was made into a monument at Floral Park’s Village Hall in 2011, the 10th anniversary of the tragedy.

Village officials and community members will come together at 8:30 a.m. Sunday to mark the 15th anniversary in front of the beam, which has since become a “touchstone” of an event that shaped so many residents’ lives.

“There may come a point in the day where whatever it is, whatever moment you’re feeling, it really snaps in your head and it gives you a moment of humility, a moment of loss, a moment of reflection or a moment of pride,” village Mayor Thomas Tweedy said.

Two Floral Park firefighters, Eric O’Connor and Mike Saville, worked for two years to get the beam for the village from the Port Authority of New York and New Jersey, Tweedy said. The 5,100-pound relic gives a strong impression of the collapse of the World Trade Center towers by showing how powerful the heat and pressure were that warped and sliced the metal, he said.

It’s also a “more dramatic” monument to the 11 village residents who died in the attacks, a complement to the place of solace the village’s Heritage Park provides, Tweedy said.

“As an educational thing, in 15 years the whole generation’s been born, and it gives them an opportunity to walk up and really see,” he said.

The names of the 11 victims will be read at the village’s ceremony, where the Rev. Tom Fusco of Our Lady of Victory Church and the Rev. Piotr Rozek of St. Hedwig’s Church will appear.

The monument is at Village Hall, located at 1 Floral Blvd.

Another ceremony will be held at 6 p.m. at the Reliance Firehouse, located at 2 Holland Ave.

The New Hyde Park Fire Department will hold its Sept. 11 observance on Friday, Sept. 9 at 7 p.m. behind the department headquarters at 1555 Jericho Turnpike. Robert Lofaro, mayor of the Village of New Hyde Park, will appear.

The Town of North Hempstead will hold its annual 9/11 memorial service honoring the 56 town residents who died in the attacks at 8 a.m. Sunday, Sept. 11, at Mary Jane Daives Green, located across from Town Hall on Plandome Road in Manhasset.

Nassau County Executive Edward Mangano will host a sunset memorial service at the county’s 9/11 Memorial in Eisenhower Park in East Meadow at 6:30 p.m. Thursday, Sept. 8. The names of county residents who died in the attacks will be read by family members.