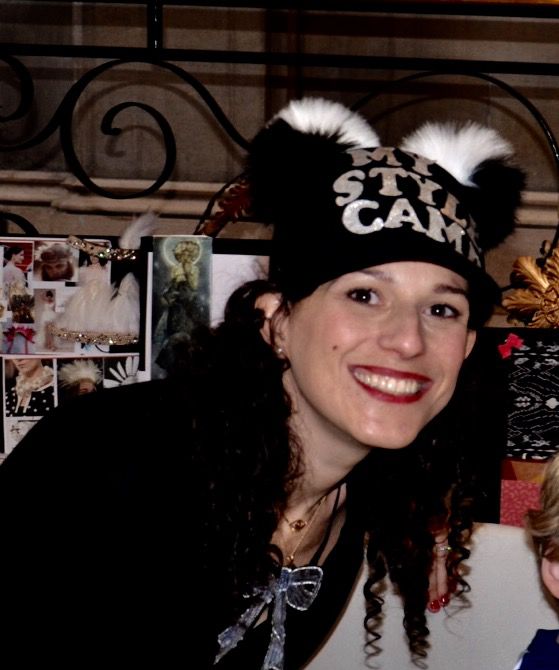 Traveling nonstop as a fashion designer while working with brands like Tommy Hilfiger and Calvin Klein began to wear her out, Stacey Saltzman said.
“I missed my kids, and felt like there was something that was missing,” Saltzman said.
After entering the fashion industry as an intern and working her way to a head designer, Saltzman decided to pursue teaching to “pass along her skill set,” she said.
On Sunday, Saltzman, a Port Washington resident of five years, began teaching costume design classes at the Sands Point Preserve, using the preserve and nature as the classes’ theme.
“I’m super excited,” Saltzman said. “There’s a whole community here in Port Washington for entrepreneurial women, people who are interested in learning about the arts. It makes me feel good that I’m able to do this here, and I’m happy to do it and it’s nice to be local.”
Beginning her career in costume design after graduating from New York University’s Tisch School of Arts, Saltzman started assisting designers on Broadway shows, she said.
She worked on “A Christmas Carol,” which was performed at Madison Square Garden, and then began travelling with the Alvin Ailey American Dance Theater, designing costumes, she said.
“I always knew that I had a love for fashion as well as for the arts,” said Saltzman, who grew up in Great Neck. “I was always into the arts, into film and theater and costume design.”
Working part time as an art assistant, Saltzman said, one of her student’s parents recognized her talent and offered her a job at Kids Headquarters of New York, a children’s design and manufacturing company and accepted an internship.
“I went into the office and brought my sketches and they were impressed,” she said. “But they wanted me to learn to draw on the computer, so I did.”
Saltzman’s internship, she said, turned into an assistant job, and then an associate designer position and, finally, she was named head designer.
“I was doing well,” she said. “I was the head designer for a Calvin Klein Jeans project, and then a Jessica Simpson kids project, and then landed a freelance job working for Tommy Hilfiger girls, and I loved those jobs. I was traveling to China and had a very big responsibility.”
Before Saltzman left Kids Headquarters New York, she said, she was given a spot in Michael’s in Manhasset to test teaching a small class.
“I was given the space to test my concept and it was working and I said ‘wow I have something her that I can launch. So, I left my job on Sept. 2 and started.”
Saltzman launched My Style Camp, her teaching brand, and began teaching weekend classes throughout the summer, and people hosted her at birthday parties and camps, she said.
“I started my sessions in September on the weekends,” she said. “Kids enjoyed them, so they began signing up for regular classes. It just took off.”
“I’m really happy teaching,” Saltzman said. “I am actually in the right direction. As a fashion designer it was so fast paced and I loved it, but now I get to share this skill with kids, and I love that too.”
The concept behind Saltzman’s classes, she said, is to be as creative as possible “by working hard for your passion.”
Not only do students create their fashion designs, Saltzman makes everyone build their toolboxes and portfolios, she said.
“It’s not an easy job,” she said. “These jobs are not easy to get and I’m going to show them that. “We’re going to be stretching fabrics out on the floor, we’re going to be getting pins in our hands. We’re going to be spreading things out across the floor, and the kids are going to be using advanced concepts. And so far, they love.”
Saltzman said she began learning to work hard when she was young and her parents made her build things she wanted from scratch.
“Those were really good lessons,” she said. “And that kind of lesson is something I want to pass on to my students.”
The program at the Preserve will continue into the summer, she said, and she will be doing a session on the Guggenheim family.
Saltzman said, along with freelancing for companies, she’s always working with young girls who want to go into the fashion industry, “showing them what it’s all about.”
“I’m lucky I have the chance to pass along my talent,” she said.