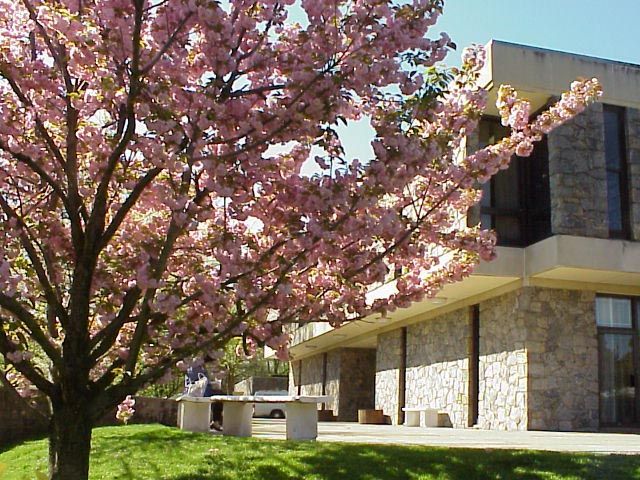 The Great Neck Library’s Main Building officially opened to the public on Sunday after being closed for renovations for two years.
The Great Neck Library Board president, Marietta DiCamillo, said about 600 people, including elected officials, employees and members of the public, attended Sunday’s ribbon-cutting ceremony and open house.
“I have to tell you, it just feels wonderful,” DiCamillo said about the building’s opening. “All along our first and most important thought was providing the community with an excellent building with all new infrastructure and equipment.”
The building, at 159 Bayview Ave., closed for renovations to the interior and infrastructure on Oct. 29, 2014.
The project was expected to be completed in about a year, but a strike by Verizon employees and several updated construction plans pushed the opening date back.
DiCamillo said Sunday’s event was so packed with people coming to see the renovated library that “you had to turn sideways to pass people.”
“All of the commentary was so positive,” she said. “I even had someone say to me ‘it was worth the wait.’”
The inside of the main building has an abundance of working spaces with both in-wall and floor outlets and USB ports.
The building’s community room will be used for large programs, which DiCamillo said can be broadcast in other activity rooms in the building and in the library’s other branches, and movie screenings.
The building also has study rooms and quiet rooms with white boards that library patrons can reserve to have a more peaceful place to work.
DiCamillo said efforts were made to use “every single corner” of the building.
“The success is based on the fact that we repurposed areas that were not used to their fullest,” she said. “We reclaimed so much space in that building to better use.”
Author Andrew Gross, who has written 14 New York Times best-sellers, was at the event discussing and signing copies of his latest book, “The One Man,” a World War II thriller.
DiCamillo said his lecture was well-received by the public.
“From the people who came out, they all said they were just amazed with it,” she said.
The library’s teen center, Levels, also received a big makeover.
The room has a large stage area, as well as a big open room for the teens to rehearse and work on various projects.
Now that the main building is open again, DiCamillo said,  improvements will be made to the Station, Parkville and Lakeville library branches.
The library has a landscape architect designing an educational garden just outside the main building, which will be dedicated to Ann Hyde, who patronized the Great Neck Library as a child and left a donation to the library in her will. Hyde died in June 2014.
DiCamillo said library officials were currently working towards finalizing a plan for the garden and expect it to be completed by next summer.
She said that although the main building is now open, library officials will continue to move forward to expand and provide as many services as they can to the community.
“The board is committed to making the library even better than it ever was,” DiCamillo said. “I can’t stress enough that we will lead the library world.”