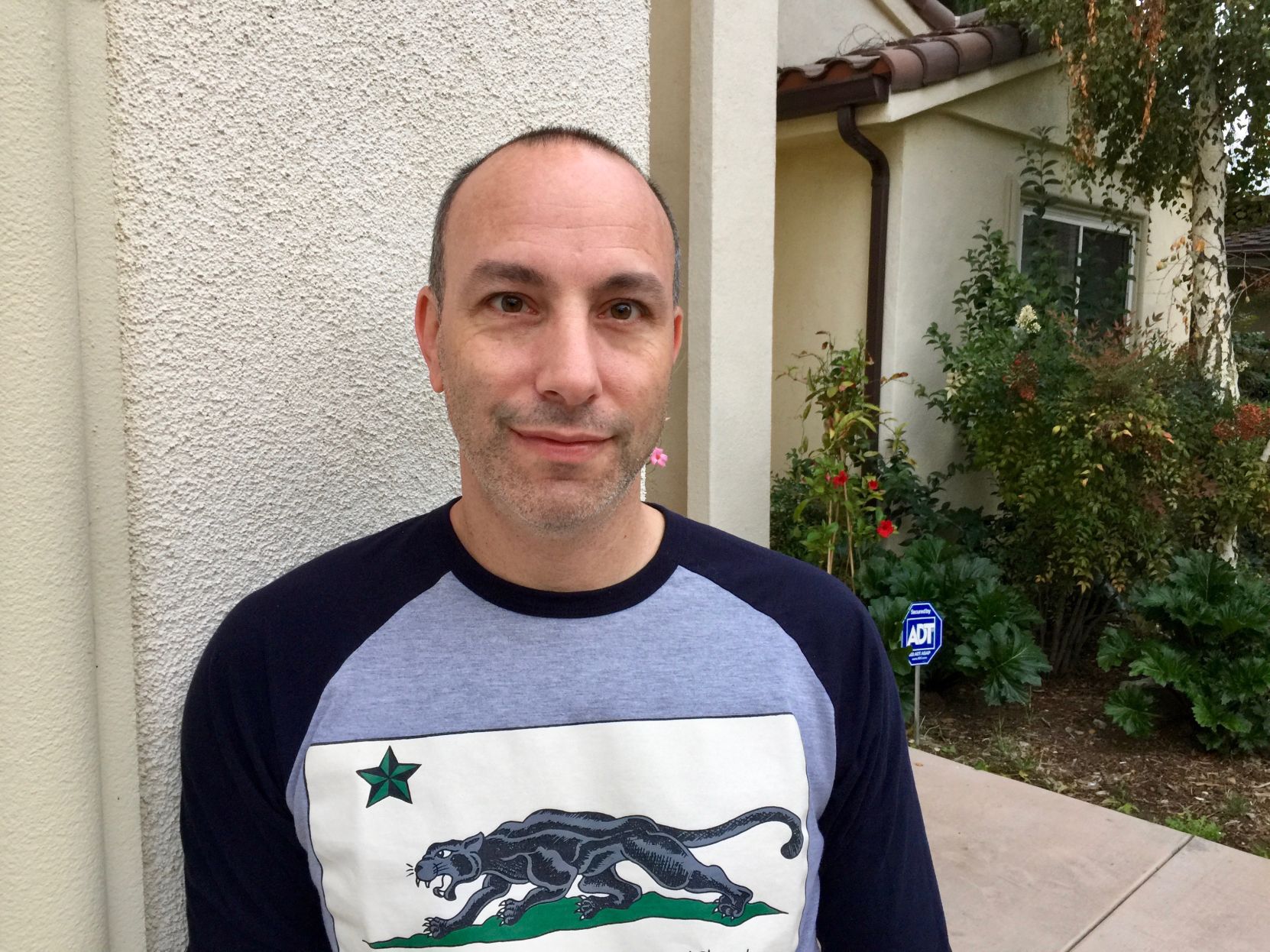 David Schneiderman left Great Neck for California in 1994 to pursue a career in the movie industry.
Schneiderman, who is the son of Great Neck Plaza Trustee Gerald Schneiderman, is returning to the peninsula next week for the Gold Coast International Film Festival to screen his latest short film, “Last Resort,” which he described as “not a blood and gore horror, but a little more twisty and a little more comedic.”
“You always want to share your work,” he said. “And getting to share your work with people who love you and have been there for you supporting your dreams, being able to say I’ve followed these dreams, is extra special.”
“It’s a great opportunity not just for the film, but for me personally,” Schneiderman added.
He was born and raised in Great Neck and graduated from Great Neck South High School in 1989.
Schneiderman described himself as a “crazy movie buff,” often going to the local video store to rent two or three movies to watch when he got home after school.
“My friends would say I was crazy, but for whatever reason I loved the art of storytelling,” he said.
Schneiderman  attended the Rhode Island School of Design after high school with the intention of becoming a graphic designer.
But when he arrived, he said, the school’s film and animation department caught his eye and his love for animation and cartoons led him to choose that field.
Schneiderman said that after taking a film class and creating his first film, he decided that was the career he wanted after college.
“The first film I made had an incredible impact on me,” he said. “The feeling of making something like that, which included storytelling, writing, visuals, editing, was satisfying.”
“I thought that if somebody has to do this job, it might as well be me,” Schneiderman added.
After graduation, he said, he spent some time in Great Neck before going  to Los Angeles to break into the entertainment business.
Once in Los Angeles, Schneiderman said, he contacted one of his father’s childhood friends, who was married to prominent movie producer Richard Marks.
He said he met with Marks and the two instantly hit it off.
Marks hired him as a production assistant for his company, Schneiderman’s first job in the industry.
He said he spent a few more years working in various production jobs before he started working with a partner.
Schneiderman said one of the people in charge of buying film projects at the company he was at heard him and his partner discussing a project they were working on and decided to buy it from them.
The project turned out be “Chasing Liberty,” a 2004 film starring Mandy Moore, which he said was his “big break.”
Schneiderman said he then got involved in the television industry, where writers take on the role of producer.
“In television, being a writer is much more important than in the movies because you need someone who has a long-term view of the show in mind from week to week,” he said. “Somebody has to have an overall game plan and know where everything came from and where it’s going.”
Schneiderman produced a Cartoon Network series called “Level Up,” which is about teenagers battling with video game characters in the real world.
After “Level Up,” he said, he “broke out on his own” and pursued a solo career.
“Part of that for me was wanting to do some things I wasn’t doing, and one of those things was directing,” Schneiderman said.
He said his efforts led to the creation of a web series and “Last Resort.”
Schneiderman said he had stayed in touch with a guest star on “Level Up” named Reinaldo Zavarce, a Venezuelan actor who had sent him the script for “Last Resort” asking for advice.
After responding to the request and giving back some words of wisdom, he said, Zavarce asked him to direct the short film.
“I was going to say no, I don’t know if I have time to do this,” Schneiderman said. “But on the other hand, it’s something I’d always wanted to do and I lost touch with.”
He said he had gotten some friends who were “super talented” actors and actresses to join the project.
“Before I knew it, we were shooting,” Schneiderman said.
“Last Resort,” which is about a young couple and their experience at a horror-themed resort, screened for the first time two weeks ago at Screamfest L.A., a horror film festival. Schneiderman said that watching other films at the festival, filmmakers can begin to wonder how their project compares, but “Last Resort” was well-received by the audience.
“It couldn’t have gone better,” he said. “It’s really satisfying to see people laugh at the right place and scream at the right place. It was everything we were hoping for and more.”
Although the short film version of “Last Resort” is complete, Schneiderman said the crew was currently working on turning it into a feature film.
On Nov. 10, “Last Resort” will  make its East Coast premiere at LIU Hillwood Commons at 11:30 a.m. as part of the Gold Coast International Film Festival.
“Actually being able to share my work with my friends and my family and do it in the setting where all of my first impressions were made is incredibly gratifying,” Schneiderman said. “Any excuse to come home is always exciting, but this is a bonus.”