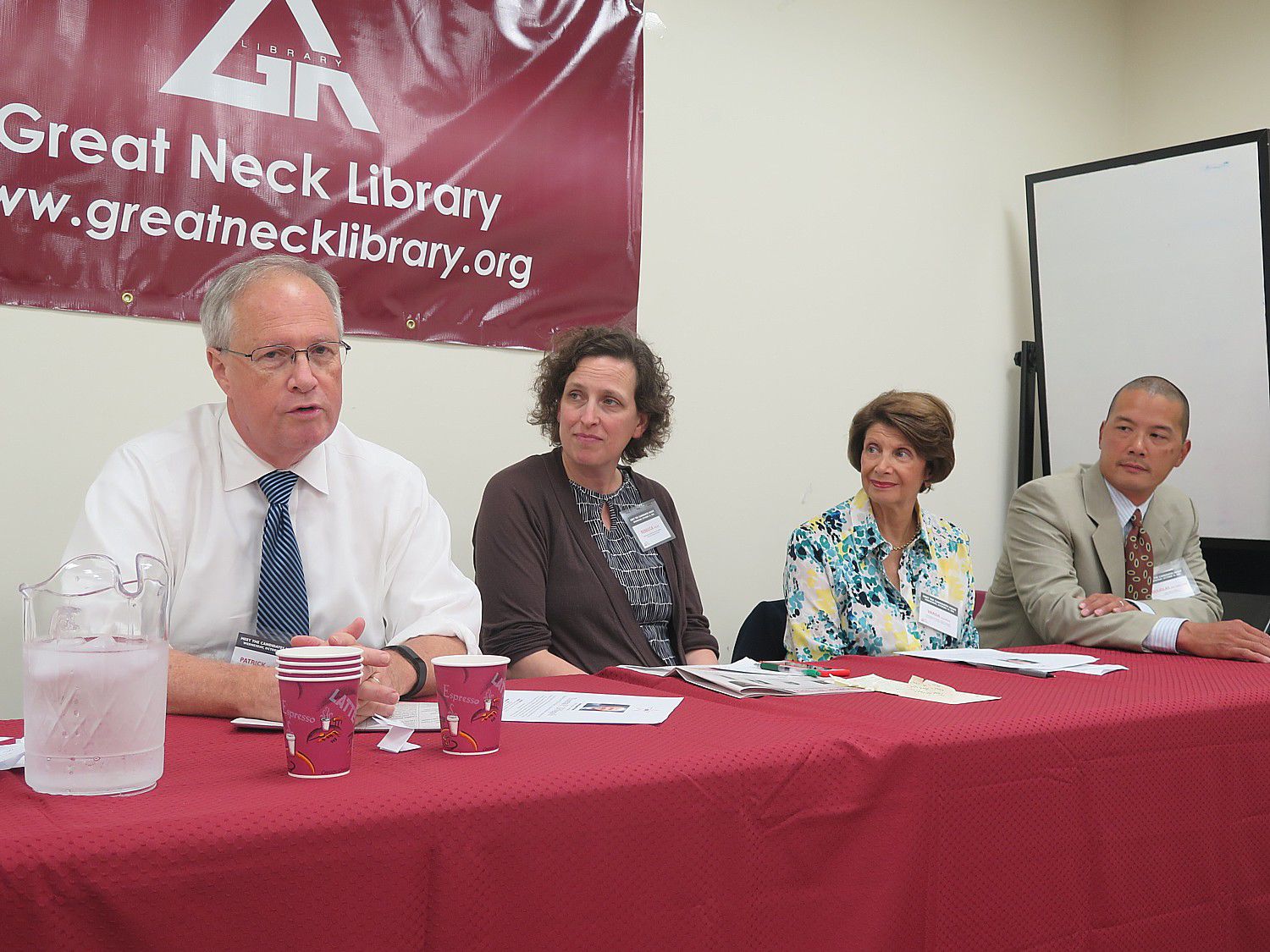 The Great Neck Library is set for a  shake-up to its Board of Trustees after an incumbent, Varda Solomon, was defeated by challenger Doug Hwee in Monday’s election.
Hwee received 275 votes to Solomon’s 218.
Hwee said he was thankful for those who voted for him, which he said included family members, friends and members of the Great Neck Chinese Association, Manhasset-Lakeville Fire Department, Great Neck Alert and V​i​gilant Fire Department​s​ and the ​North ​L​akeville and ​L​akeville ​E​states ​C​ivic ​A​ssociations, and for the work of his campaign team and daughters.
“With everyone’s support and guidance, I hope to make the best decisions for our community,” Hwee said. “I want to learn as much as I can from my fellow trustees during the transition, to ​openly ​listen to the community’s concerns, and continue ​to bring new ideas ​utilizing the latest programming ​to enrich our patrons’ minds.”
He said he would like to implement more technology in the library’s operations, including upgraded computers and instructional webinars.
Hwee, a New Hyde Park resident, said one of his goals was to satisfy the needs of all the library’s patrons,  including people who come to check out books, surf the Internet, read and listen to ebooks and audiobooks and more.
“Using Main Library as the benchmark, I want​ to eventually​ ​streamline and ​update the three branches​ while remaining fiscally responsible​.  We need ​to save the core collection and increase our digital selections,” he said. “We need to hire and retain key personnel to properly staff all locations and improve staff morale.”
Solomon has served on the board for eight years, six as a trustee and two as president.
She also chairs the library’s Programming Committee.
Efforts to reach Solomon for comment were unavailing.
Rebecca Miller, a first-year candidate for the library board who was running unopposed to replace outgoing board member Josie Pizer, received 296 votes to win the seat.
Miller moved to Great Neck one year ago and has said that she felt serving as a library trustee was natural for her.
She previously served on the Board of Trustees of the Floyd Memorial Library in Greenport and is a co-creator and committee member of the New York Library Association’s Sustainability Initiative.
Efforts to reach Miller for comment were unavailing.
Seats on the Board of Trustees are for four-year terms beginning January 2017.
Patrick McDonnell, who ran unopposed for outgoing Nominating Committee member Michael Katz’s expiring seat, received 321 votes to win his election.
“I appreciate everybody who came out and participated and voted,” said McDonnell, a North New Hyde Park resident. “I look forward to working for the betterment of the Great Neck Library.”
He founded his own law practice, McDonnell Adels & Klestzick PLLC, which is located in Garden City.
McDonnell has said that as demographics have changed and different ethnic groups have moved to the Great Neck area, he was interested in having a better range of people serving the library.
“It’s a changing world,” he said. “You’ve got to adapt.”
The Nominating Committee seat is for a three-year term beginning January 2017.